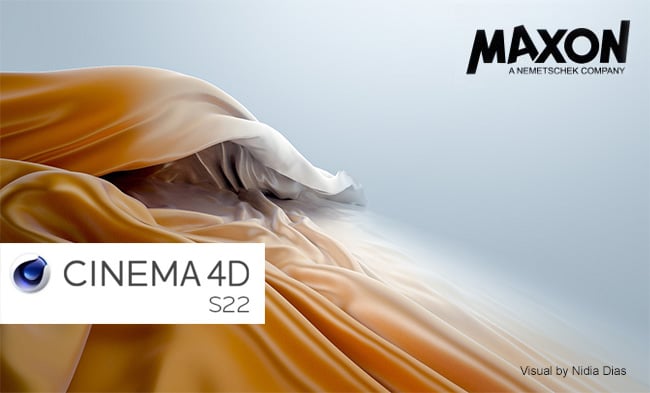 Maxon has updated Cinema 4D, the company's acclaimed VFX, 3D modelling, animation and rendering software, to version S22. This is the first release from the new subscription model, which promises a powerful, but more affordable experience, with more frequent updates. There are plenty of new features, so let's dive right in!

In September 2019, Maxon announced they were moving to a subscription model to help make the 3D modelling software more affordable for users, plus flexibility with updates.

"This allows us to deliver more frequent improvements and enhancements to our subscription customers,” explained Dave McGavran, CEO of Maxon. "S22 offers subscription users early access to powerful solutions like the much-requested UV tools improvements and organizational license management for our volume customers."

Here are some highlights of what's new:

There is an option to include the Red Shift plugin with a C4D S22 subscription. Red Shift is a respected and fast biased renderer, available as a plugin. In addition, Maxon promises that perpetual license holders will get the S22 updated features, and much more, later this year.

If you're looking for training, be sure to check out Maxon's Cineversity, a place to learn Cinema 4D tips and tricks, and showcase your work. There is a wealth of tutorials and learning resources to get started, or brush up on your skills.

It's important that you're running a quality system to get the most out of the new Cinema 4D release. Maxon recommends:

The base pricing is $59.99 per month (billed annually), which includes Cinema 4D S22, access to R21, Cineversity and team render. Add in Redshift for Cinema 4D, and the price jumps to $81.99 (billed annually). If you have a large user base at a post-production house, Maxon offers special volume pricing.

If you prefer to pay month-to-month, the base pricing jumps to $94.99/month, while the inclusion of Redshift, it'll be $116.99. A perpetual license that never expires, but doesn't include Redshift, costs $3495, billed once.

3D modellers, animators and VFX artists looking to make the jump to Cinema 4D can no do so at a more affordable price with the subscription option. C4D S22 has plenty of new features and improvements, and users can take full advantage of the tutorials and resources at Cineversity. Learn more at Maxon's Cinema 4D site.