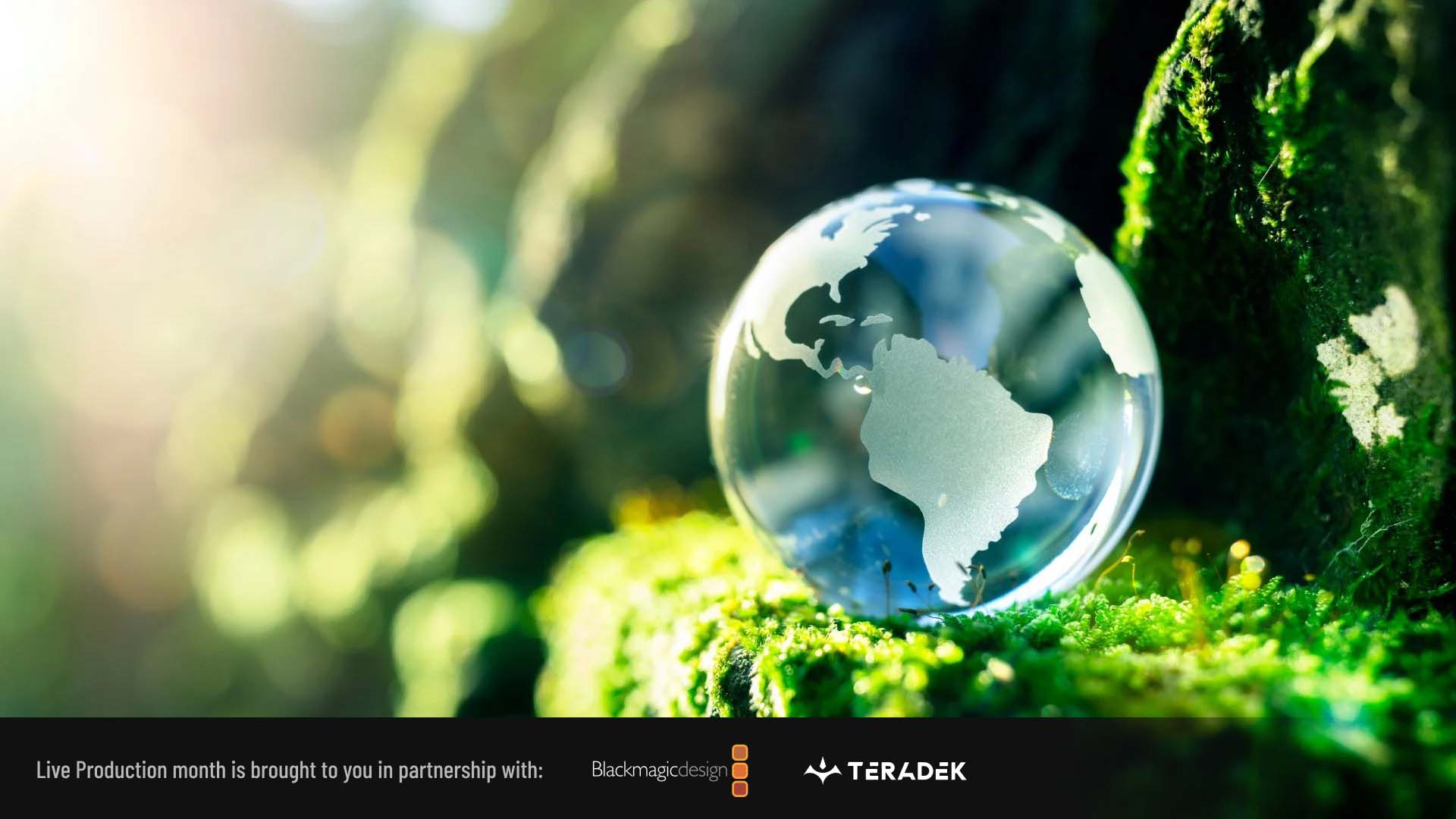 Live production can leave a huge carbon footprint behind it, but work is underway to shrink it dramatically and make it far more sustainable.

One of the big drivers for the pre-Covid interest in remote production in the outside broadcast industry was sustainability. Send less trucks, kit and people to an event and you not only save yourself money, you lower your emissions as well. And while Covid rapidly took over as the main engine behind progress in remote deployments, the hope from many is that the momentum of COP26 will continue the work in this area as the problem of the pandemic hopefully recedes.

Several broadcasters, with Sky and the BBC very much at the vanguard, have been very active on the sustainability front in recent years. This isn’t just greenwashing either, though all acknowledge the fact that they can play an important role in the public perception of climate change and environmental issues. No, this is more about getting ahead of the game. As more companies engage in sustainable initiatives so they look to their supply chain and production partners to do the same. It’s early days here, but in the future and given the choice of two competing suppliers, one with a net zero goal and one without, net zero will win out every time.

(As an aside, it’s worth pointing out the distinction between net zero and carbon neutral.  Carbon neutral sees companies purchasing carbon reduction credits to balance emissions in tree planting schemes and so on. Net zero amps that up with a concerted attempt to reduce emissions first. Then, and only then, is any remaining balance offset.)

So, what is the industry doing about it? As it happens, quite a lot. Meet albert.

We’ve actually talked about the albert sustainability project before. First established as a carbon calculator by the BBC in 2010 and now run by Bafta, it has had a hugely influential role in creating more sustainable production practises in film and television in the UK and abroad.

Indeed, partly as a result of its work there was a 10% drop in the amount of carbon one hour of TV contributed to the atmosphere between 2017 and 2019. It’s latest Annual Review figures though, covering the Covid-impacted period of May 2020 to April 2021, are even more spectacular. During that time the average emissions per hour of television dropped 52%, while for the events and OB sector that fall was even greater. Emissions there dropped around 66% due, according to albert’s calculations, largely to a decrease in travel and accommodation emissions.

Remote production is obviously a bit of a game changer there. But albert is currently in the process of digging into live production in greater detail, working with some of the main players in the business to come up with an as comprehensive overview of sustainability in live work as it has already produced in recorded TV and film.

Pretty much everything is under the microscope. This runs from the large and obvious such as electric vehicles and the choice of biodiesel and hydrogen-powered generators, down to the more micro-level issues such as the degree of plant-based catering and how water is provided to crews on site. And the workflows are being examined too. Can we drop the number of cameras on a match? Can we maybe use more remote units and knock out a couple of camera operators? Can we extract a few more hours per day our of our shiny new production hubs?

albert is going to report back in full as the year goes on, with the project also focussing heavily on connectivity and what happens within the black box of cloud providers as cloud-based workflows steadily become more popular.

Some of the changes already made in the industry though can have dramatic impacts. Sky went carbon neutral for all its UK sports OBs in 2021, and also produced its first net carbon zero football match in September, reducing its emissions for the game by an estimated 70% (offsetting the remaining 30%).

Its news coverage of the COP26 conference went further. This broke new ground by setting up a dedicated news channel produced entirely in the cloud, and Sky estimates that this reduced its emission footprint by 90%; generating 10kgs of CO2 per 9 hours of programming versus what would have been 119kg by traditional means. And this figure doesn’t even factor in the benefits of not leaving traditional on-prem gallery equipment running 24/7 as is usual throughout the industry.

COP27 takes place in Egypt in November and such is the speed of progress at the moment in the industry that it wouldn’t be surprising to see many more cloud-based channels and workflows reporting back from it. All of which, of course, makes albert’s feedback on what is happening with emissions in that cloud-based section of the workflow important additions to the upcoming discussion.

It’s a discussion we have to have as an industry fairly urgently too. There is little legislation yet to do with lowering carbon footprints or reaching net zero, but the operative word there is very much ‘yet’. It’s coming, maybe not this year or the next, but it is coming. And it is always better to enter these things voluntarily and ahead of the curve, rather than playing catch up and suddenly trying to work out what to do with several tonnes of polluting machinery that nobody wants to book.