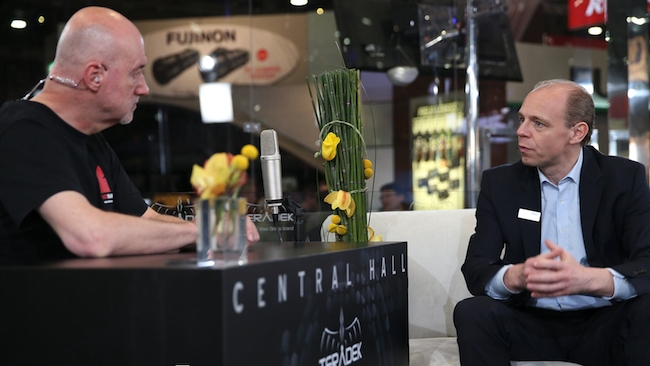 Live from the NAB showfloor

All through NAB, our David Shapton presented the 10:00am slot on Teradek's live NAB TV show, and you can rewatch the best bits here.

This fourth episode of our shows captured from the NAB 2016 showfloor features Stephan Schenk, MD of ARRI Cinetechnik and the man responsible for ARRI's Camera Systems division.

It’s a fairly wide-ranging 12 minutes that covers the rise and rise of HDR, ARRI’s system approach, the various factors that go to make up good image quality, build quality, support quality, and a whole lot more. Combine it all together and you have an idea of some of the reason that ARRI remains at the top of its game despite some fierce competition.

As he says: “An iPhone has more pixels than an ALEXA has. Does that make it a better camera?”