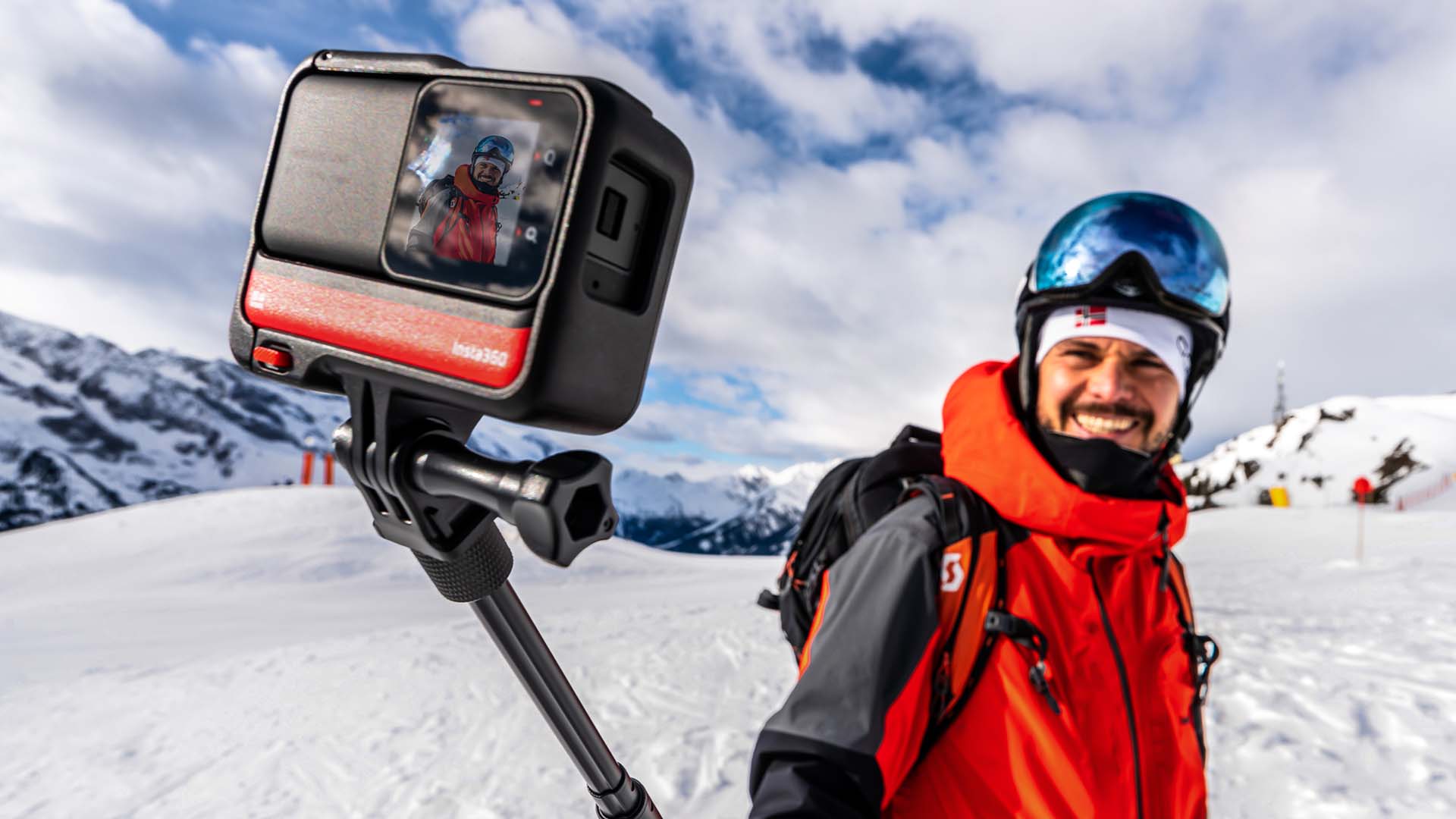 Insta360 has announced a follow-up to its popular ONE R action camera, the ONE RS.

Insta360 has announced a follow-up to its popular ONE R action camera, the ONE RS.
When I reviewed the ONE R back in early 2020 I found it to be one of the few action cameras to give a realistic alternative to GoPro. It had some limitations, but through various firmware updates Insta360 has continued to support it with many new features and abilities unlocked since its initial release.

The ONE RS takes the ONE R and makes a number of improvements over the original. The really good news is that due to the modular nature of the ONE R and ONE RS system, most of the components on the new camera are interchangeable with the original system. In other words, if you already own a ONE R, you won't need to upgrade your entire system. 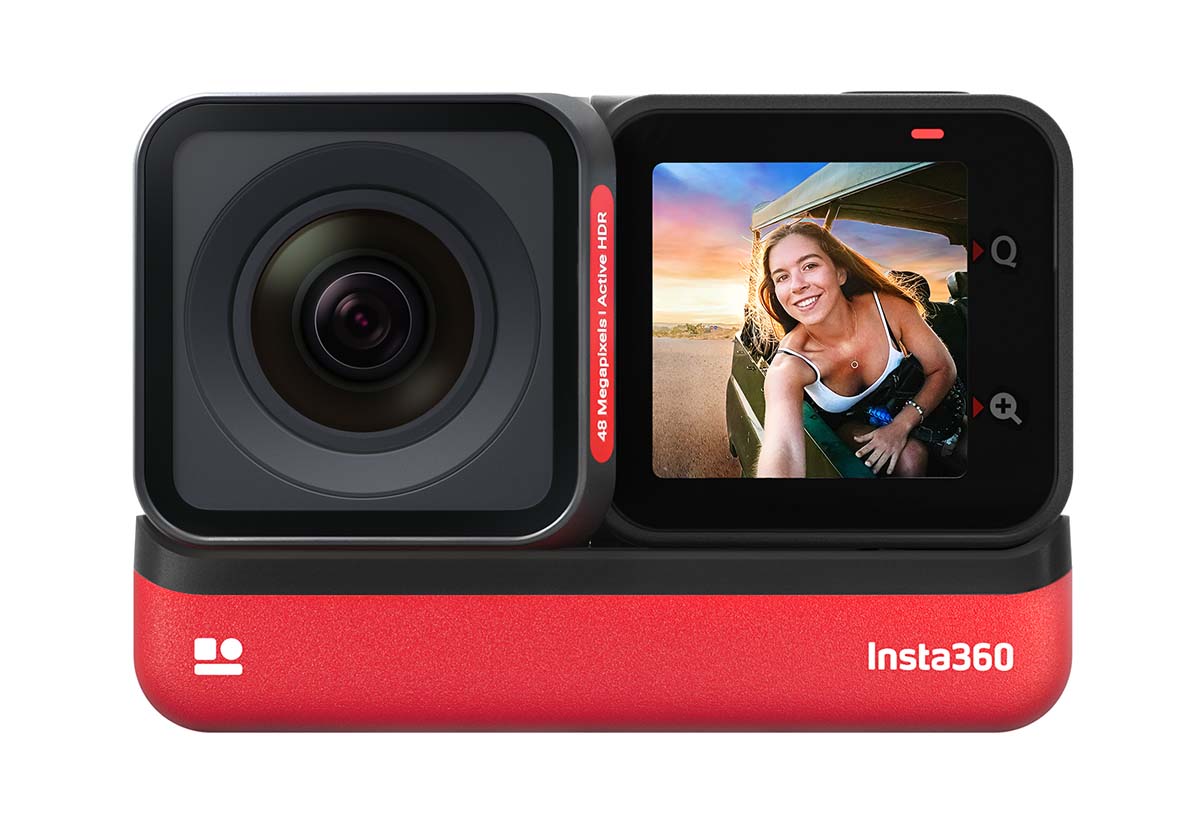 The One RS with the new 4K Boost camera module. Image: Insta360.

What's new in the ONE RS

Superficially the ONE RS looks almost identical to the ONE R, but there are some important changes. The most significant change is the new Core module. This is the heart of the system, and features a brand new processor for better image quality and compression, as well as better stabilisation and faster wifi transfer.

The stabilisation aspect is important because it means that Insta360's FlowState electronic stabilisation is now available fully in-camera without the need for post-processing in the company's software. However there is still the option of using post-process stabilisation as well for those who want to confirm their desired FOV later on. Post-processing also opens up more options, particularly for FPV footage. 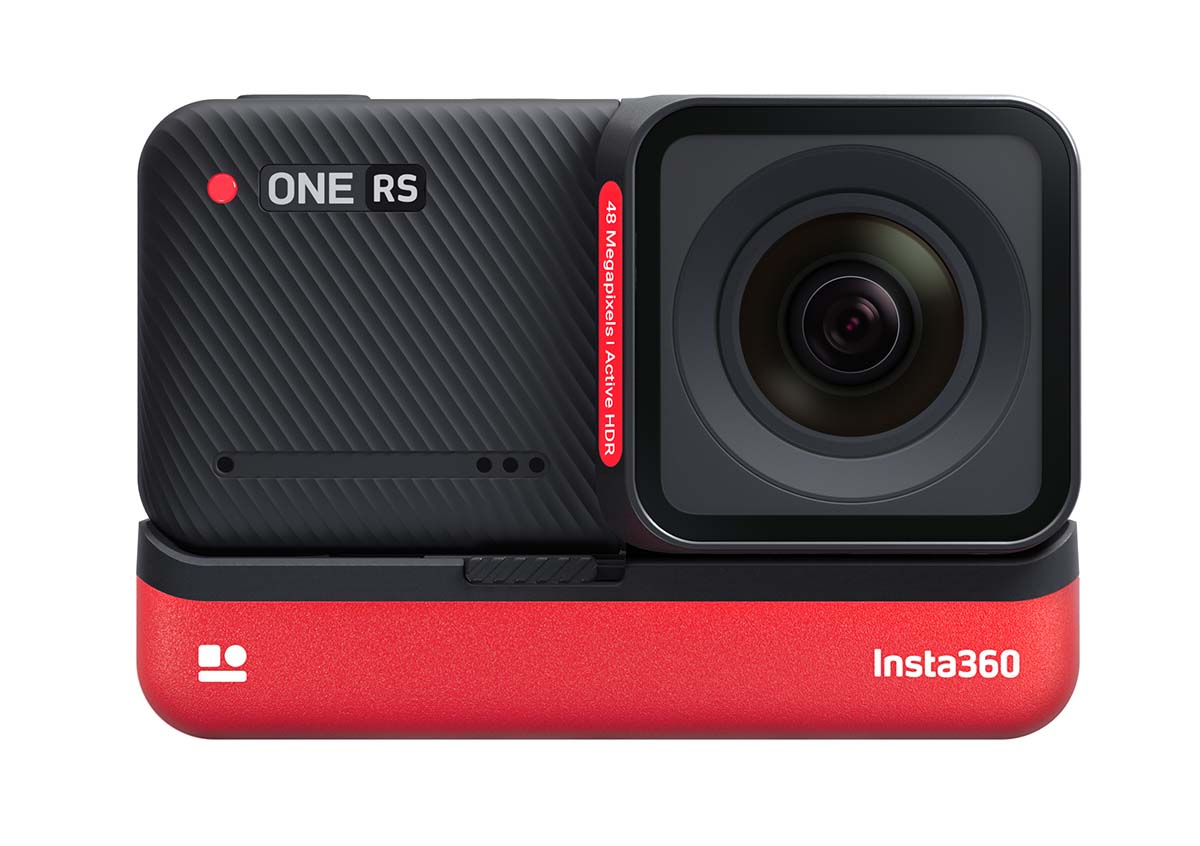 The next addition is the 4K Boost module. The 4K boost is a halfway house between the original system's 4K wide angle module and the 1-inch mod. The 4K Boost module features a 1/2" sensor, which in my opinion is a perfect choice, giving not only a much larger sensor area than any other brand of action camera, but reducing some of the issues regarding depth of field that were on the 1-inch Mod.

The 4K Boost module also offers 48MP stills, which on the images I have tested so far seems to be really good quality and full of detail. HDR modes are available on both the 4K Boost module and the 360 mod with the new Core. This captures as much shadow and highlight detail as possible at up to 30fps, although the company doesn't recommend using it in low light, including mountain biking in dark forests. The 4K Boost module can also be used with the original ONE R system, so existing ONE R owners have quite a flexible upgrade route.

One video mode of note on the 4K Boost module is a new 6K video mode. This utilises the full width of the sensor with a 2.35:1 image ratio. 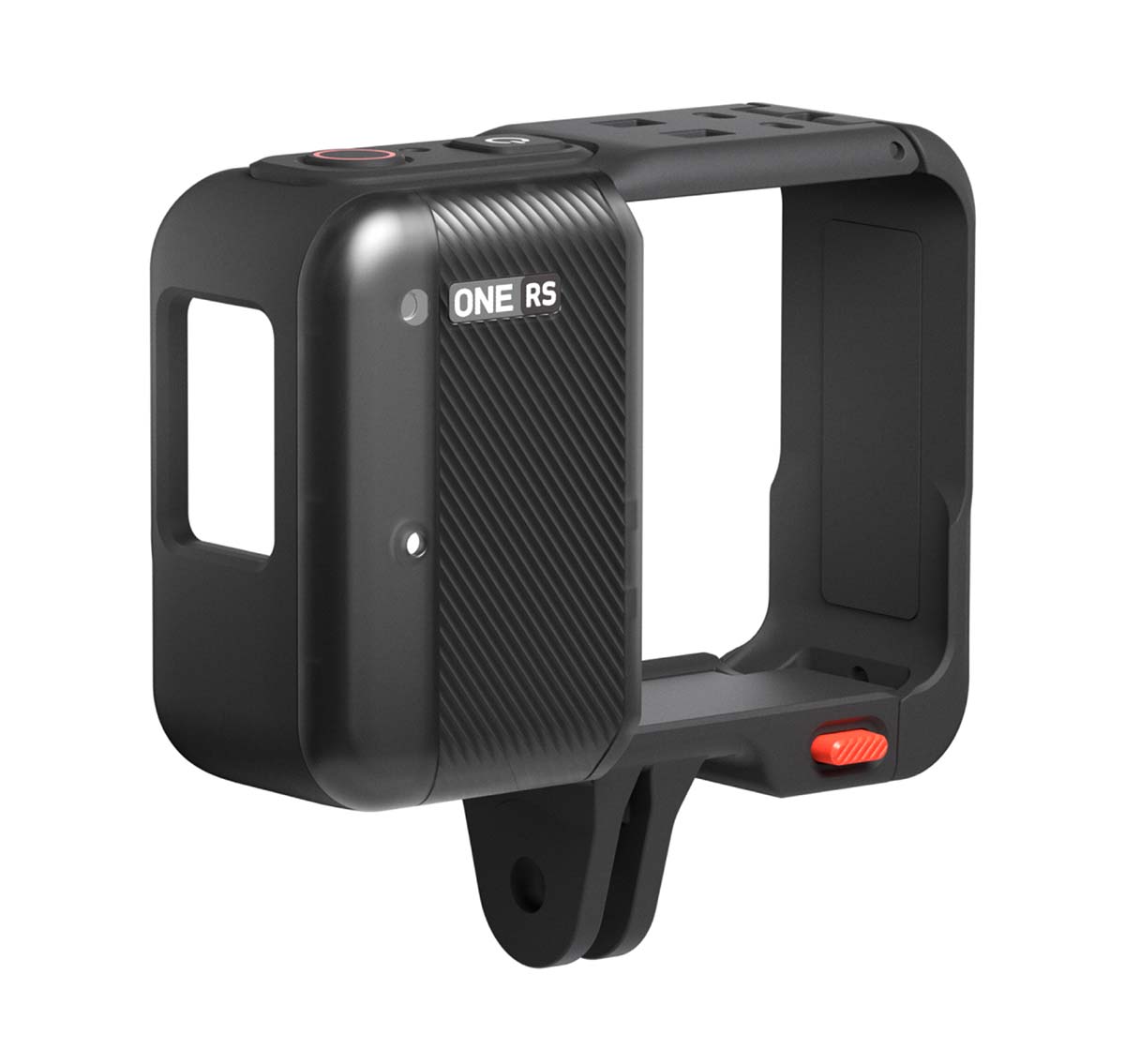 The new mounting bracket is compatible with the older One R, although you'll need to use it with the new, slightly larger, battery. Image: Insta360.

Another change is the battery. The new battery looks very similar to the old one, although it has around 21% more capacity. Just like the new Core and Boost modules, the new battery can also be used with the original ONE R. In fact, existing ONE R owners will need it if they want to make use of the new case frame.

One of the drawbacks of the original camera was that swapping modules could be a pain due to the way the protective frame opened up. This was particularly problematic with the 1-inch Mod, necessitating the removal of the outer protective glass first. The new frame has no such issues since it now opens from the side, allowing the camera to slide out. This makes it much easier. The new case also features built-in wind proofing for the microphones.

Speaking of which, the ONE RS now features three microphones with an updated algorithm, so hopefully, the audio has also improved quite a bit over the old camera.
I've been putting the ONE RS through its paces so my full review will be dropping soon. I have to say that I love the flexibility of 360 video reframing, and from what I have seen so far, the image quality of the new camera is an improvement over the original.

The Insta360 ONE RS is available now as a Twin Edition. costing $549.99 and includes; 4K Boost Lens, 360 Lens, Battery, Core, all-new mounting bracket and a lens cap. The 4K Edition costs $299.99, while the 1-Inch Edition costs $549.99. The new Core, battery, and mounting bracket are available as a bundle for those who want to upgrade their existing One R systems. Insta360 also says that a new firmware update will be available soon after launch of the One RS to enable the One R to use the 4K Boost module.