Video producer Damian Capello has adapted his strengths and advanced his video production capabilities during the global pandemic.

In live streaming, you have no room for ‘fixing it in post’. Recently we wrote about live streaming on-the-go and what you need to consider when streaming in different locations. We wanted to hear from someone who has experience in this field and we received an opportunity to interview Damian Capello. He heads a video production company in southeast New Mexico called Red Rocket Media. He shares his story of how he started his business in broadcasting and how the pandemic affected his work during the past years.

Damian started his own video production company back in 2010 focusing mainly on commercials. Before starting his own business, he worked for travel production company, where he gained experience in the industry by doing comeback tours for bands where he set up video screens on stage and around the arena for live events. During this time, Damian gathered a vast knowledge of video production and “fell in love with it”.

Getting started with broadcasting

Starting a marketing company in southeast New Mexico where towns are small, Damian started out as one of the first ad buyers with Facebook. In 2014, after growing his marketing company for a few years, Damian was approached by the local Department of Energy to broadcast their public meetings on a weekly basis. At that time, broadcasting was fairly exclusive to bigger outlets but a great way to communicate current news to the public.

“In 2014, a major thing that happened for me started in southeast New Mexico. We were doing a broadcast for the Department of Energy every week. I was running two companies—the video company and the marketing company.”

“Then the pandemic hit and then the world just changed for so many people, obviously. But for me, everybody had to go remote. Everybody had to be wireless. And we didn't have a ton of broadcast equipment. Just enough to do a basic live stream to Facebook or something like that.”

After the world turned towards remote working, Damian was approached by the local school to live stream its graduation. The challenge was to capture the stream from a moving vehicle. To ensure they could do this and have the best internet connection, Damian turned to Teradek who had equipment at that time that would be able to perform live streaming on the go.

“They introduced me to the Vidiu Go and it was a game-changer from the moment I had the product and the way I could wirelessly control it from Core. The batteries don't last forever but I could put external batteries on it. We were able to do a moving, live video stream from a vehicle—it was the first time I'd ever done that myself. So, that Vidiu Go and that experience with Teradek just set us on a different path altogether.”

Once live streaming became necessary during the pandemic, that was the point when Damian and Red Rocket Media started getting booked everywhere. In the same year, they were already flying to Arizona to do minor league baseball tournaments. With Red Rocket Media doing multiple field broadcasts, baseball recruiters did not have to travel to Arizona anymore—they could simply watch via live stream.

“When people found out how serious I was about broadcasting and how reliably we could do it, nobody knew the brands of the equipment we used. But when they saw that we could stream reliably, that changed everything.” 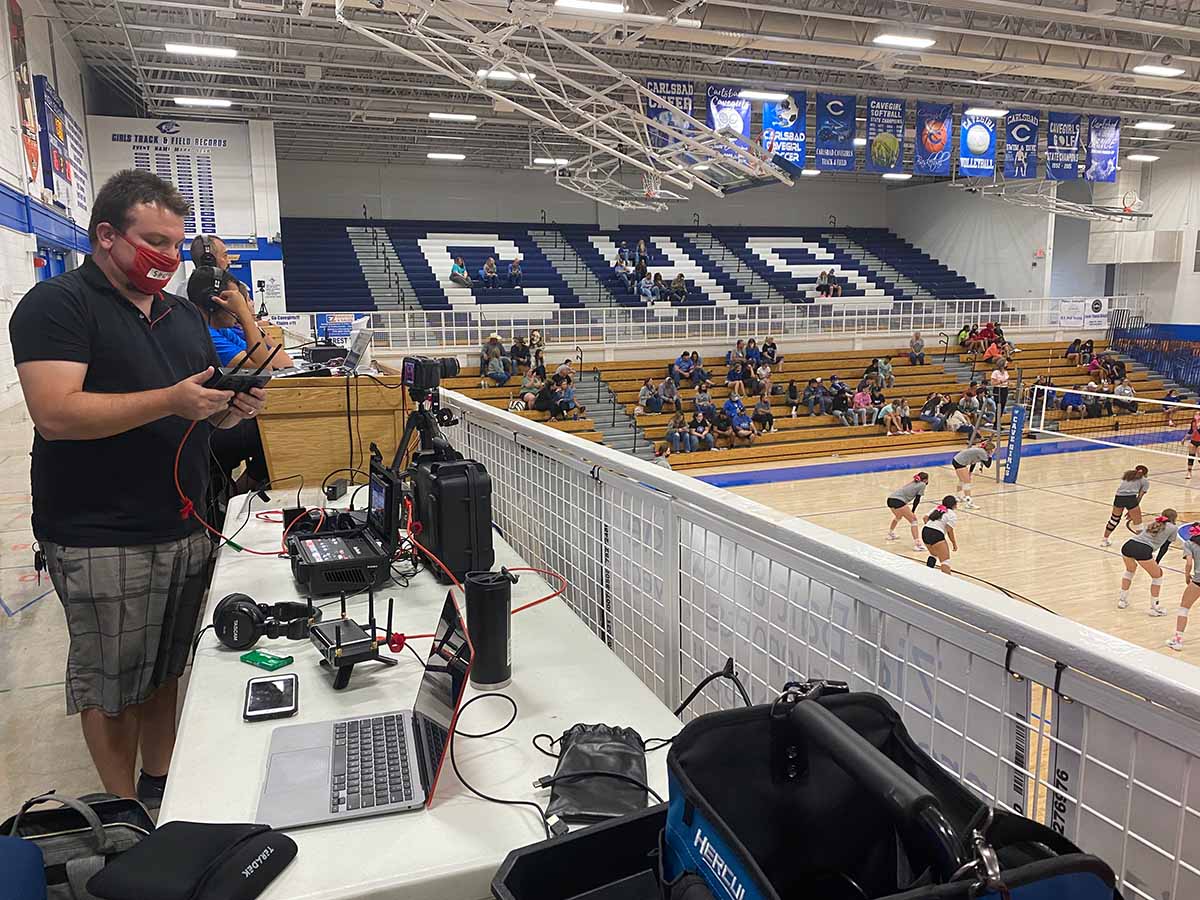 In addition to sports, Damian was approached by other nonprofit foundations such as churches. They wanted to know if he could do the same for them. After testing Teradek’s latest 5-in-1 encoder called Wave, Damian ended up buying it due to its reliable stream and easy-to-use touch-screen features. Since it’s battery-operated and connected to Wi-Fi, he knew it would be a perfect fit for churches to get their services broadcasted out to the public.

“Wave is very well-suited for church productions. You can go mobile with it. But because churches don't have two ISPs, they need a mobile connection and a hard line connection.” 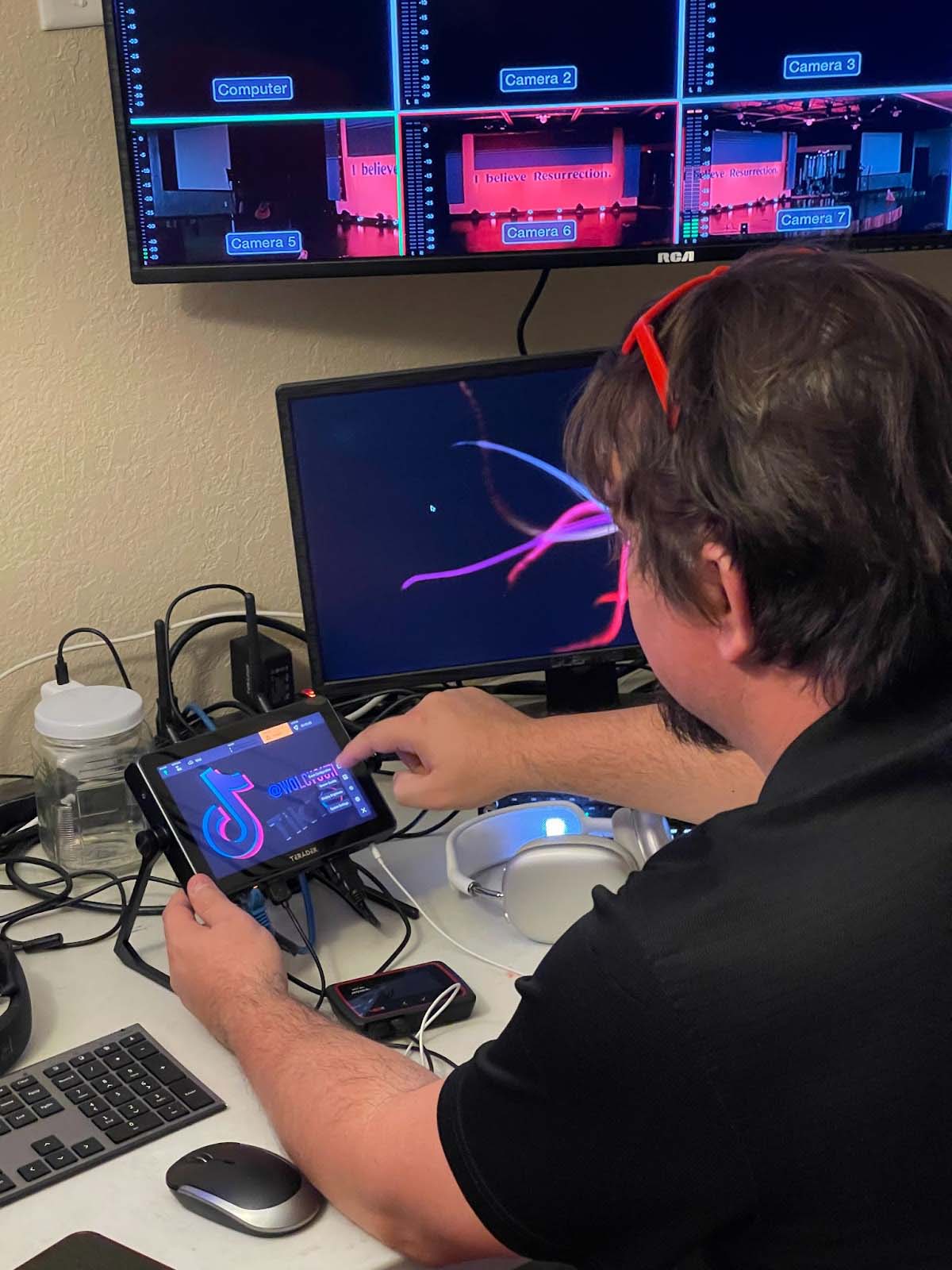 The Teradek Wave in use.

It all starts by asking, what do your Internet and power look like? To keep the equipment mobile for long days, Damian is investing heavily in batteries this year because clients may want ten camera angles in a beautiful venue that was built in 1920. The best way to be prepared is to make sure you have the necessary power supply and connection from your equipment.

“I can't rely on anything anymore because we're just in a rural part of the country. So sometimes power is an issue. Most of the time Internet is an issue. And these people just want the stream to not go down.”

When it comes to camera gear, Damian mentions that Blackmagic Design has been a huge help when it comes to supplying high-quality and affordable cameras. Being able to get their hands on multiple Pocket Cinema cameras and switchers, he was able to have their own in-house production streaming capabilities for multiple camera angles.

“They helped get us started as far as quality and growth. Eventually the Blackmagic Cinema Pocket 4K just changed the world for me all around.”

Damian has a simple rule when it comes to broadcasting for clients:

“Affordable cameras and switchers was step one. And step two was then affordable reliable hardware encoders. And those were the two things that made us the company we are today.“ 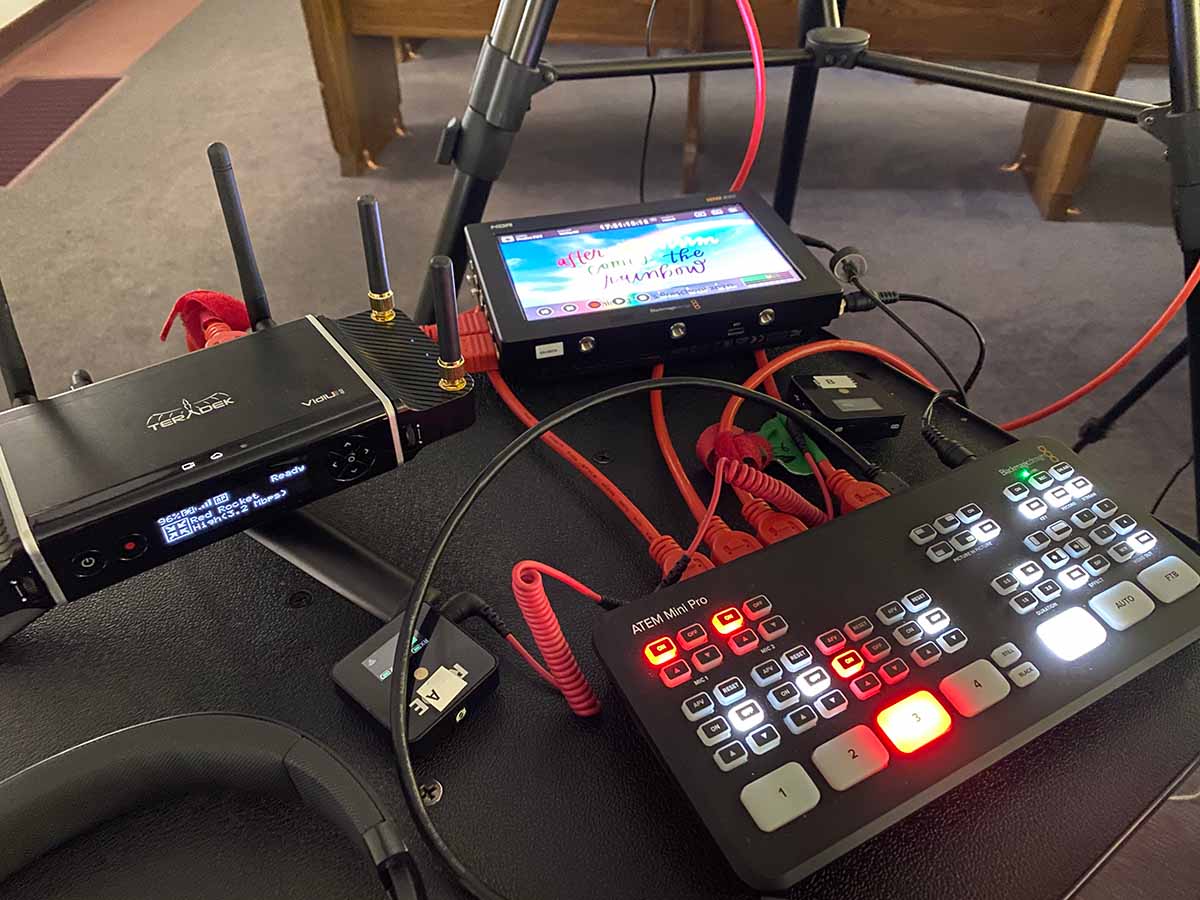