Fujifilm adds Blackmagic raw and new lenses to the GFX 100 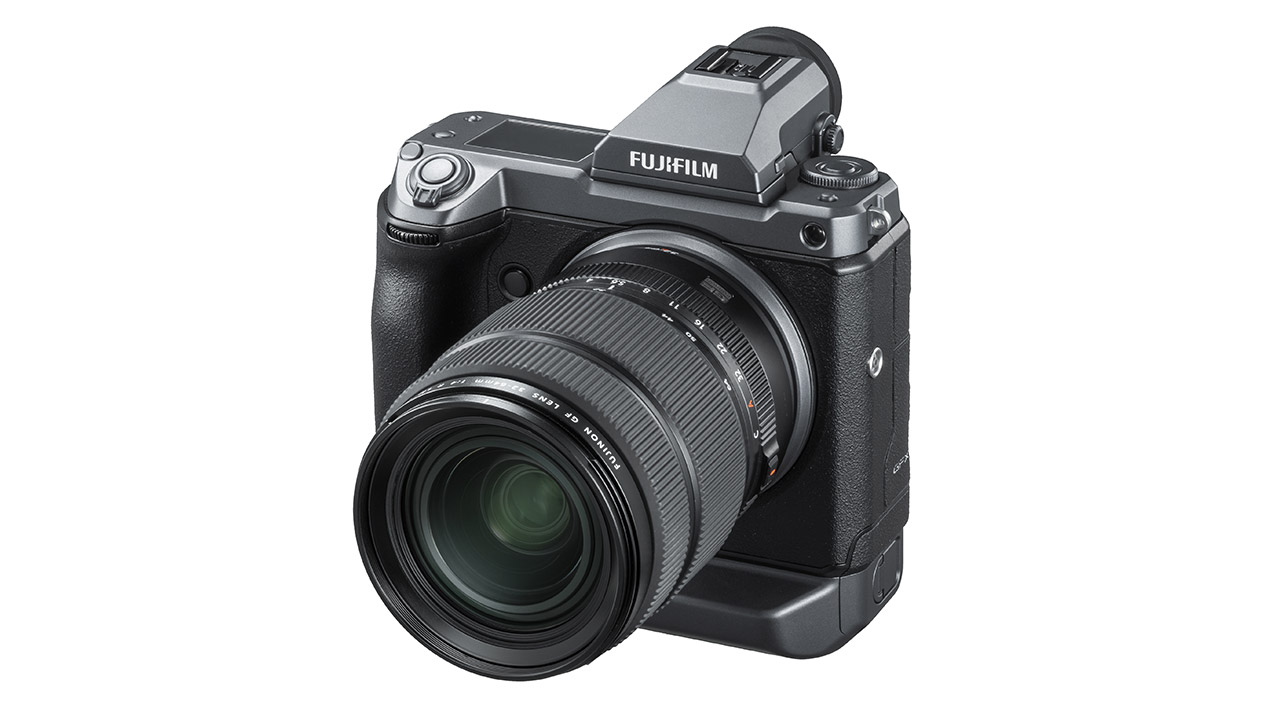 It’s easy to be impressed with enormous-format cameras like Fujifilm’s GFX 100, and we were duly impressed by it back in January. With a resolution of around 11.6 by 8.7K, the stills have so much detail that the spy thriller trick of zooming in on trivial reflections almost starts to work, and while we wouldn’t necessarily expect to record all those pixels at video rates (it’ll normally shoot 4K) there’s soon to be a new raw recording option for Fujifilm’s flagship.

The company seems enthusiastic about the GF line, announcing a selection of new lenses including a fast 55mm f/1.8 and a tilt-shift option to be released next year which will round out a collection to fourteen in total. It’s worth taking a moment to consider the 55mm for what it means on such a large sensor; it’ll give us the sort of field of view that something around a 40mm would on a full-frame camera, or roughly 28mm on super-35.

That combination of high speed and wide field of view is a fairly unique capability which comes with really large chips. There probably are 28mm lenses that fast somewhere, albeit not commonly or affordably - although, to be fair, it’s clear that nothing about the GF line is intended to represent the most cost-controlled option.

Possibly the most significant recent announcement concerns new firmware, to be available for both the GFX 100 and GFX 100S, which introduces Blackmagic raw compatibility. ProRes raw was already supported, demonstrating that there’s not necessarily any technical (or political) reason why a camera can’t feed both Atomos and Blackmagic recorders. The camera shown configured with a Blackmagic Video Assist monitor-recorder, something that’ll be a very welcome upgrade for almost any stills-as-video camera user. The onboard recording, at 400Mbps, is no slouch, though nobody’s going to object to the ability to take that (presumably) 4K signal and make a better recording of it.

It’s no secret that at least some aspects of the Blackmagic raw codec were designed to get around patents on in-camera raw recording. Principally that means doing at least some part of the Bayer demosaic process in-camera (or, in this case, in-recorder), but there’s some hint, from publicly-available information, that this approach has been leveraged to provide some useful real-world capabilities.

A cursory glance at the files – and this is educated guesswork – suggests that the codec records a low-resolution image perhaps based on the partial demosaic, then stores the information necessary to reconstruct the high-resolution version separately, so low-resolution decoding can be very fast. The actual compression is likely a fairly traditional discrete cosine transform, somewhat like JPEG, DVCAM and ProRes itself. The compressed image data seems to be sliced up into a larger number of pieces than historic formats might have used, which makes vector processing (that is, GPU, or multi-core CPU decoding) work better.

This all makes the format very useful for big, scary cameras exactly like the GFX100, or Blackmagic’s own Ursa Mini Pro 12K camera. 12K wide sensors like the Ursa’s aren’t really feasible without this sort of recording system, but even with a 4K image it means low-powered computers (laptops built for endurance, or smartphones) can work at a proxy resolution with much reduced effort. If we wanted to go big, what’d be nice is to get all nearly-12K out of a huge-sensor camera like the GFX100, which would make it a spectacular camera to approach full, unadulterated 15-perf 65mm for IMAX, although that’s likely a fantasy for all sorts of practical reasons. Perhaps in a Mark II.

In the end, as we said in the GFX 100 review, despite its relatively lightweight and handy dimensions, considering what it is, it’s not a camera that’s really at home to Mr. Moderation. It’s a dedicated stills machine (and what a machine) though with not much better video capabilities on paper than the company’s much handier, vastly less expensive X-T4.Either way, it’ll be interesting to discover exactly what frame formats and rates are supported by the new combination, and particularly if an external recorder makes it possible for that colossal sensor to flex at least a little more of its very considerable muscle.