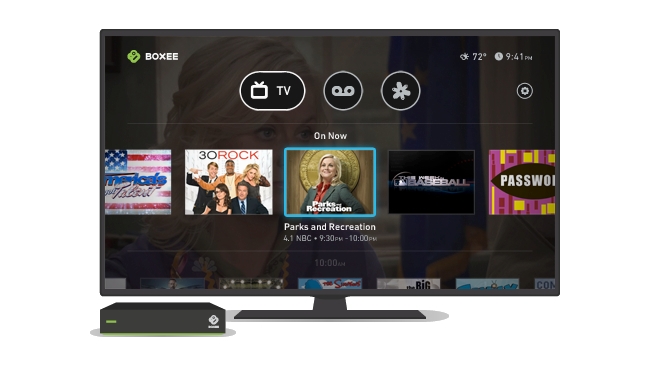 According to Tech Crunch, Samsung has bought Boxee TV for $30M

You have to admire Boxee TV. What started as a fork from the XBMC media centre project - originally designed for the XBox - has just been bought by Samsung, presumably to give them a bridge between their smart TVs and all their mobile devices.

Boxee, just a few years ago, was a rather slick-looking program that you could run on your PC or even your Apple TV, that could aggregate online TV content in the form of "apps" and organise it so that you could easily choose a wide range of content.  There was a social element to it as well, where you could see who was watching what.

But building a business out of streamed video content  is a struggle. Just ask Apple. So if one of the biggest companies in the world stumbles to achieve comprehensive listings, how does a small start-up with a total budget of  around $26M manage it?

Boxee thought the way forward was to move into dedicated hardware. Their oddly-shaped Boxee Box, with the lower corner missing making it look like it had sunk into the table, was made for them by D-Link. It was a pretty good first attempt.

But the trouble is that it was never compelling in the face of other media streaming solutions. There were always other products like Roku and Apple TV that were perhaps easier to understand, and were competitively priced.

So, faced with a solution without a problem (in the eyes of consumers) what they did next was supposed to be a master stroke, but actually became (in our view) an even more confusing product: the Boxee Cloud DVR.

While still operating as a media streamer, the Cloud DVR is able to receive off-air channels, and stream them onto the internet so that they can be received on any of the user's devices, fixed or mobile. The Cloud DVR part means that uploaded streamed TV channels are recorded in the Cloud, and can be played back at any time, to any device.

And perhaps it's this ecosystem that Samsung wants to have. After all, they're surely capable of making their own media streaming boxes, and they have an untold number of mobile devices out there.

Buying Boxee may well give Samsung an edge in Smart TV functionality, but for it to succeed with consumers, they're going to have to find a better way to explain it to them.