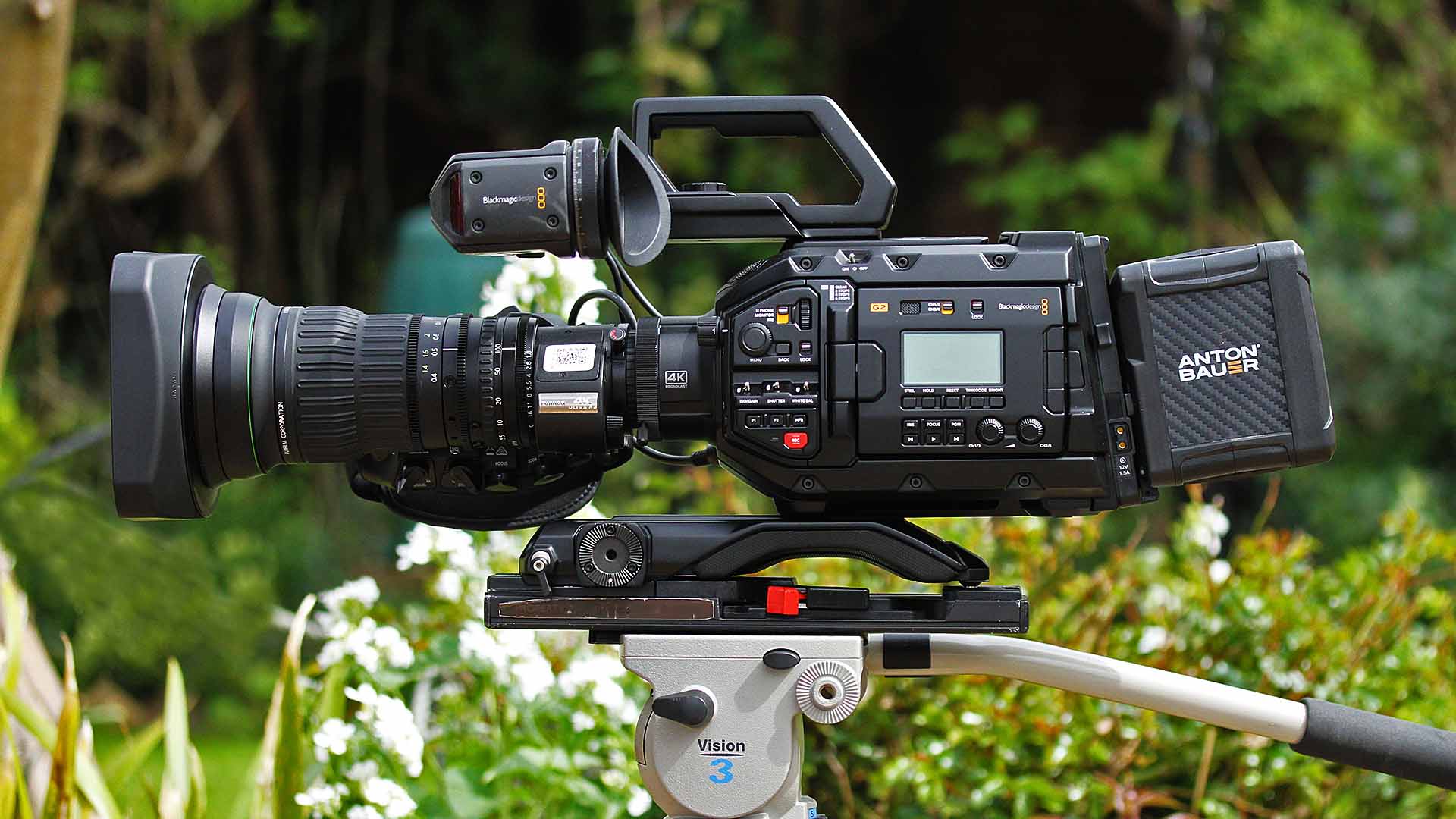 Phil Rhodes takes a detailed look at the Blackmagic Design Ursa Broadcast G2, a camera that promises to be a Swiss Army knife for video creation.

The company’s current push is toward broadcast, including some interesting ways to get signals between truck and camera. The Ursa Broadcast G2 is clearly part of that initiative, as both a higher-end complement to the company’s extremely inexpensive one-piece studio cameras and a welcome update to the first Ursa Broadcast, which worked, but felt like it had been built with last year’s sensor.

The G2 is a 6K, super-35mm camera using broadly the same sensor technology as the Pocket Cinema Camera 6K. In a broadcast context, the intent is to resolve a 4K picture in an area that most broadcast lenses can cover, given the B4 mount’s optics. Given the EF mount is included and there are optional PL and F options, though, no matter how much the company would prefer us to think about the broadcast market, into which it can sell camera bodies by the dozen, there’s an inevitable temptation to think of this as the Ursa Mini 6K.

It’s supplied in B4 mount, and Fujifilm has generously lent us the hugely capable UA18x5.5 for this review. There’s a need to be a little careful about what any lens really covers, given that many lenses will cast light onto areas of a sensor even when that light doesn’t really describe a usable image. Regardless, there are a lot of valid ways to configure this lens on this camera, and the 18x5.5 is billed as a 4K lens that should satisfy the Ursa’s ravening hunger for sharpness. Camera and body communicate well with iris data and lens ID present and servo focus properly controlled. 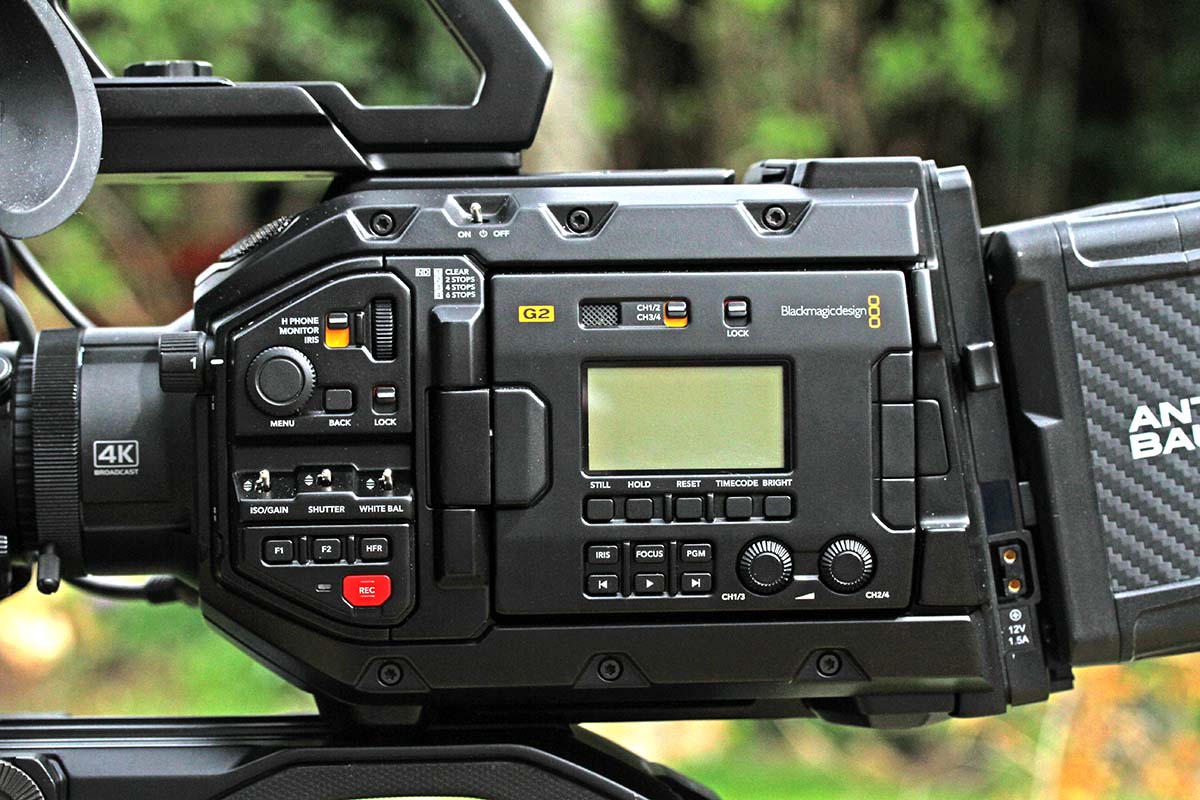 If we want ProRes, the highest resolution we can have is UHD, although the camera will scale that from the full sensor. Windowing the sensor down to the native, unscaled UHD and HD areas naturally makes for broader lens compatibility. Blackmagic Raw is mandatory for beyond-UHD resolutions.

Usability is as good as any Ursa, which is to say pretty good. It suffers the problem of small, light cameras in that serious optics are likely to outweigh it. The shoulder  kit – the top handle and quick-release plate – is included with the G2, and it’s a testament to the design that it continues working nicely even with this comparatively bulky zoom. The combination balances with the handle all the way forward, and there’s enough articulation on the viewfinder to get it into the right position.

Otherwise, it has all the things that are nice about the 4.6K cameras, with the CF and SD recording, ND filters, AES, line and mic audio, optional LUTs on both SDI outputs and the internal LCD. The menu system is nice, although there’s now quite a lot of it. There are also signs of a very slight tendency toward the Sony approach of dipping the camera in glue and rolling it in buttons. Physical controls are nice, but we’ve probably reached the point where the design team should take a few cold showers before the next meeting about adding more things to poke and twiddle. 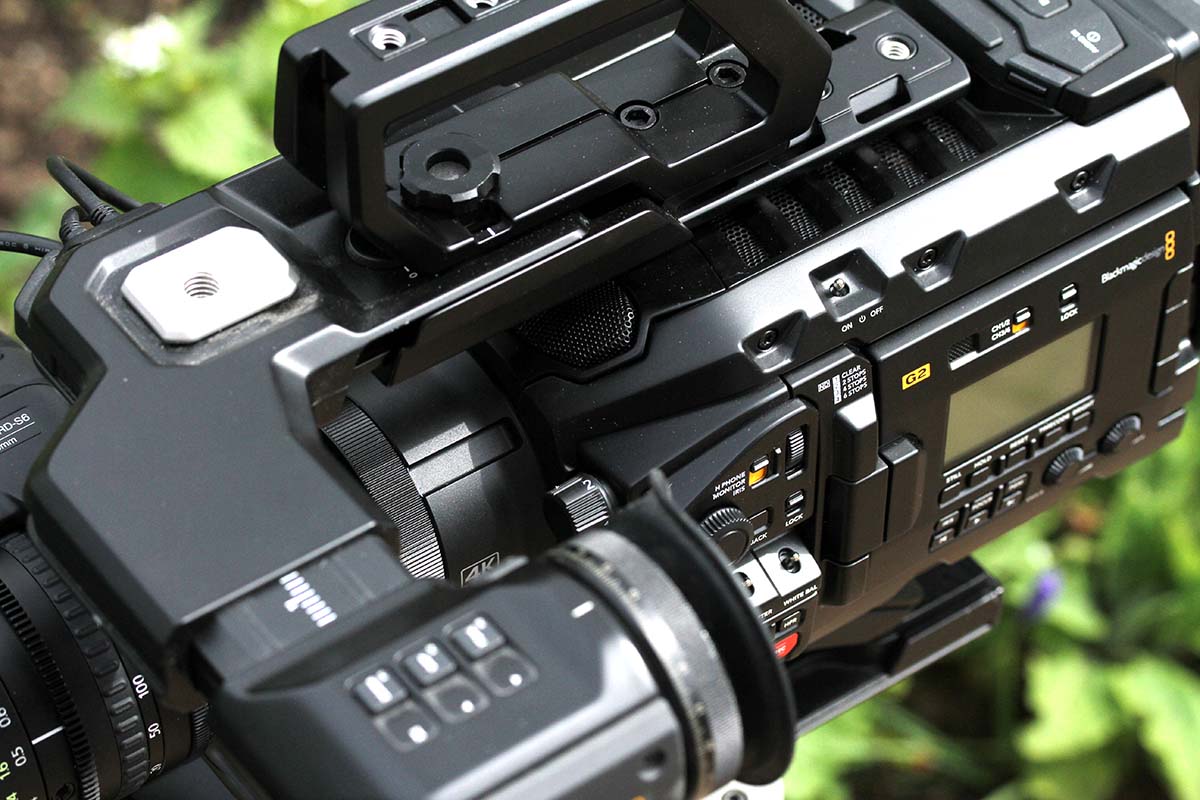 One mild concern is the company’s dedication to its existing lens mount design. The B4 is fine, but  the internal structure of the mount assembly is substantially the same as on every other camera using broadly this chassis, precluding things like micro four-thirds and Sony E. That excludes affordable, practical zooms like the Fujinon MKs and desirable creative choices like Sirui anamorphics; shorter-mount lenses do much more for much less. Moving the sensor forward, the company would still be able to offer EF and B4 alongside shorter mounts. The general layout of the Ursa series is great, but the mount is the least flexible thing about a very flexible camera.

Happily, power consumption is kept reasonably under control. When the Ursa Broadcast G2 has the studio back bolted on and is running from power delivered via hybrid fibre, batteries won’t be a concern, but in the field it demands about 38W. That’s only a shade more than a 35W FX9, and while the Sony is running a bigger chip it’s a comparable resolution (and three times the price). 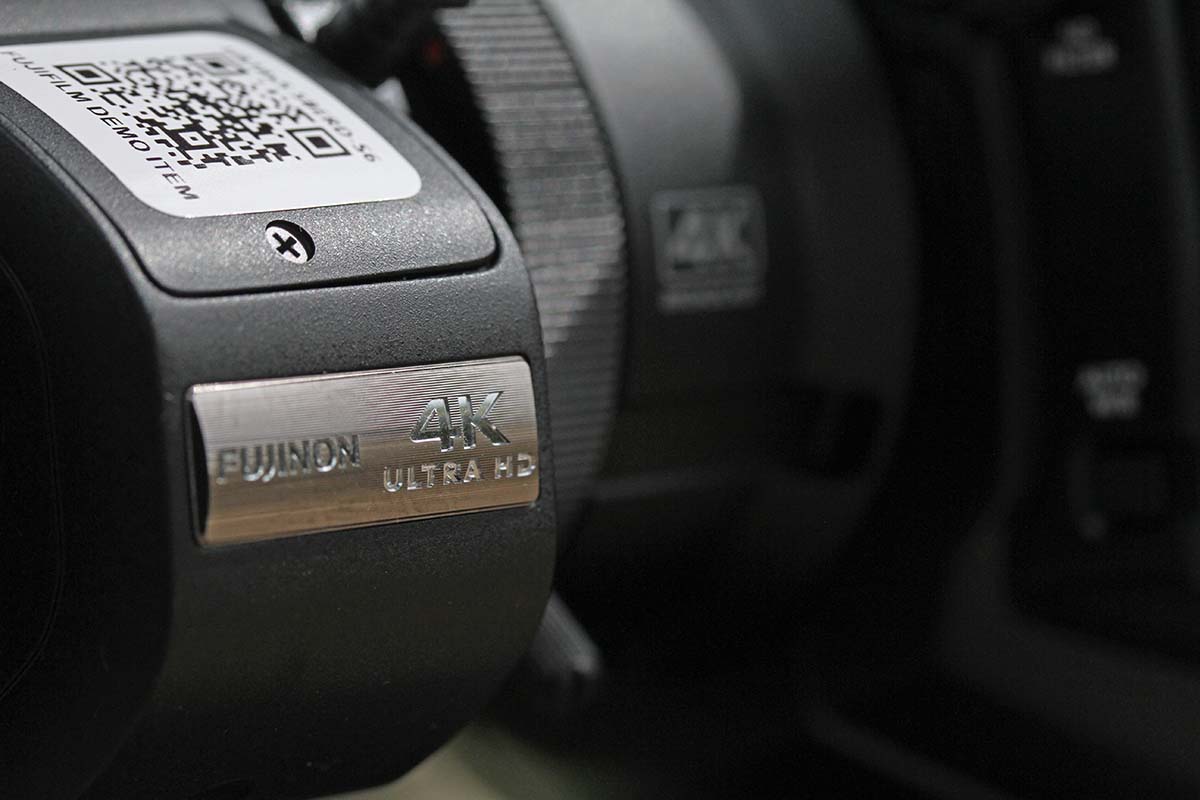 Given the Ursa's various sensor crop options and the extender on the 18x5, many configurations are possible.

In the end, the big question is whether the G2 fixes the limited sensitivity and dynamic range of the original Ursa Broadcast. Given the G2 offers the 3200 base ISO of the 6K pocket cameras, the answer is yes, yes it does. That’s actually a pretty significant upgrade in terms of the Ursa line’s cinema capabilities, too; the 4.6K sensor is fine but the resulting camera is perhaps about as sensitive as an Alexa, which really isn’t very sensitive by modern standards.

The 3200 mode makes the G2 two whole stops faster. Simultaneously, it’s no accident that Blackmagic has chosen to put this sensor in a broadcast-targeted camera at just the time broadcast people are becoming noticeably more interested in big-chip looks. There’s an increasing desire for the half time show at a sports event to exhibit a little Hollywood gloss, and a big chip, alongside an appropriate LUT, is one route to that. Given appropriate glass, the G2 handles both worlds.

Whether Blackmagic feels the need for a full frame Ursa (Maxi?) for the cinema market remains to be seen. We might grumble that the push for universal adoption of full frame cameras seems provoked more by commercial than creative concerns, and with the company’s titanic 12K sensor available and the 6K now backing it up, it’s hard to articulate a genuine need for more. Either way, the Ursa Broadcast G2 is a worthwhile upgrade in both the broadcast and cinema world, which isn’t often something we can say of one new body.