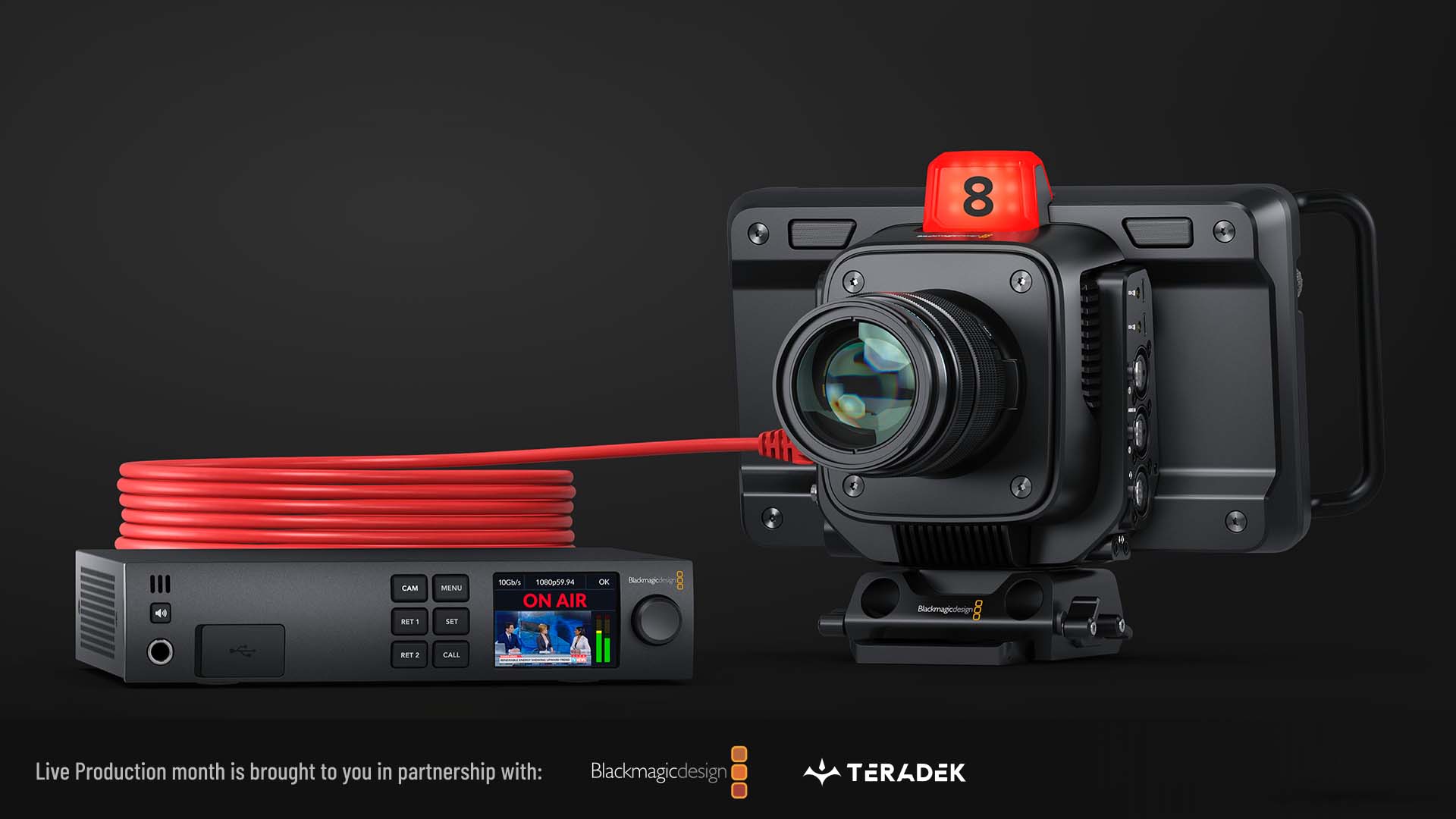 Video over 10G Ethernet offers some big advantages over traditional cables and fiber. Here's a deep dive into why you should be considering it for your production.

To the relief of broadcast technicians the world over, the days of dragging literally tons of triax around sports and concert stadia are increasingly in the past thanks almost entirely to fibre optic communications. When we talk about replacing triax or conventional SDI with fibre, we're normally talking about hybrid cables with both copper for power and glass for data, so that a camera position can be supplied with everything it needs in a single run. The cost of doing that has come down a lot in the last year or two, and there are even less expensive options which provide many of the same benefits using 10G Ethernet over cat-6A Ethernet cable.

The technical challenge is fitting the required amount of data down a single pipe. To some extent, optical fibre makes this easy, because it quite simply doesn't suffer interference from magnetic or electric fields as copper wires do. There's a tiny amount of smear in the signal caused by the fact that the laser reflects from side to side of the tiny glass filament as it travels, and light that reflects fewer times will get to the end faster than light that reflects more times. That's why high-speed optical fibre is hair-thin, to minimise the change in path length. Often that sort of multi-mode reflection is the range-determining factor for this sort of communication, though in practice the differences are tiny so the range can be huge. Camera fibre will carry full, uncompressed 12-gigabit UHD pictures at sixty frames per second up to two thousand metres, with room left over for a lot of extra features.

That's why devices such as the Camera Fiber Converter for Blackmagic's Ursa Broadcast G2 has about as many bells and whistles as the designers could reasonably fit on the control panel. There's not just a return video feed, but three return video feeds, several intercom audio relays and provisions for unusual devices like PTZ cameras and trackers. With the power sent from the accompanying Studio Fiber Converter at 200 volts, to be converted back down to run the camera at the far end, it can handle a healthy power supply too. Not only will SDI not go that far, with 12G handling maybe a hundred metres on a good day, SDI also won't do nearly so many useful things.

Anyone interested in those useful things, but preferring to avoid fibre optics, might think of ten-gigabit Ethernet. Sometimes, that goes down fibre too, but by means of a serious feat of electronics engineering it's also possible to get ten gigabits per second down cat-6 copper cable over distances up to 60m. It's shorter ranged than fibre, and even a little shorter than SDI, but enough for most studio installations and it's cheaper and easier to handle than fibre optics. Ten-gigabit ethernet is an option present on the Blackmagic Studio Camera 4K Pro, which has an RJ45 connector on the side for direct connection of a copper 10G Ethernet cable.

Sharp eyes will have noticed that a UHD picture at 60 frames typically requires twelve-gigabit SDI, whereas the ten-gigabit Ethernet offers us five-sixths as much bandwidth. Blackmagic has chosen to offset that with a very light touch of Tico compression, something we've discussed previously (that article discusses the raw version, but it's the same underlying mathematics). That means users of the Studio Camera 4K Pro can get their hands on quite a lot of the benefits of fibre without needing nearly as big a budget, and without any concern over the specialist splicing procedure for optical cables.

The real upshot of all this is that fewer people need to worry about running camera feeds at live events with the SDI coax zip-tied to a separate intercom cable. The convenience benefit is vast, and compared to the bulletproof-but-spendy fibre solutions offered elsewhere, recent options are incredibly affordable - a 4K 60p Ursa Broadcast camera channel with several channels of intercom and return video can be put together, sans lens, for an amount that barely reaches into five figures.

In general it's the coming-good of fibre optics, a technology we were told in the 1980s would revolutionise the world but was perhaps a little slow in finding ways to do that. At the same time, the 10-gigabit Ethernet option leverages the enormous R&D effort that's supported by general-purpose networking. The Ethernet option lets us have talkback, return video and 4K 60p down cable that costs 75p a metre, which is really hard to argue with. Either way, it seems that the fuel budget, truck space and the junior technicians' backs can look forward to an easier time in the near future.