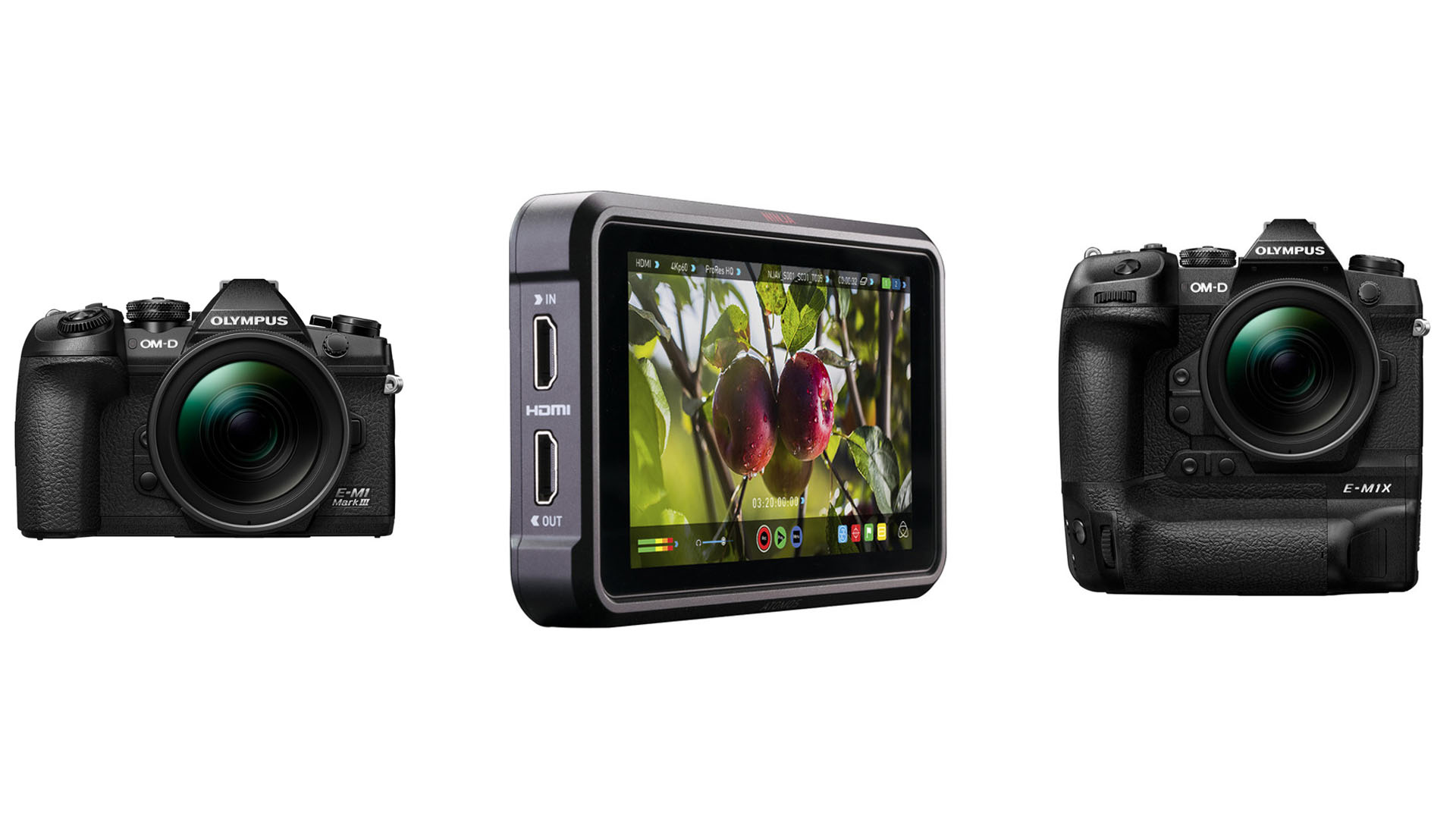 The two companies worked together to achieve this goal, and is available for the Atomos Ninja V. Recording in RAW gives many more options in post-production.

The Ninja V allows crews to view their RAW video output in daylight without issues, and features a 5-inch touchscreen monitor with HDR support (HLG and PQ [HDR10] formats) and 1000 nit brightness. In addition, there are automatic color settings, waveforms, peaking, 1-1 magnification, and more.

It records ProRes RAW to removable AtomX SSDmini or any compatible SSD drive. From there, it's easy to connect to a computer via USB and immediately transfer the footage to start viewing dailies, editing, etc.

With the growing popularity of the Olympus E-M1 Mark III and E-M1X mirrorless cameras, and the industry standard ProRes RAW (and ProRes RAW HQ), the Atomos Ninja V offers video and filmmakers the ability to record RAW via HDMI, and edit with more options in Final Cut Pro X, Premier Pro, and other compatible NLEs.