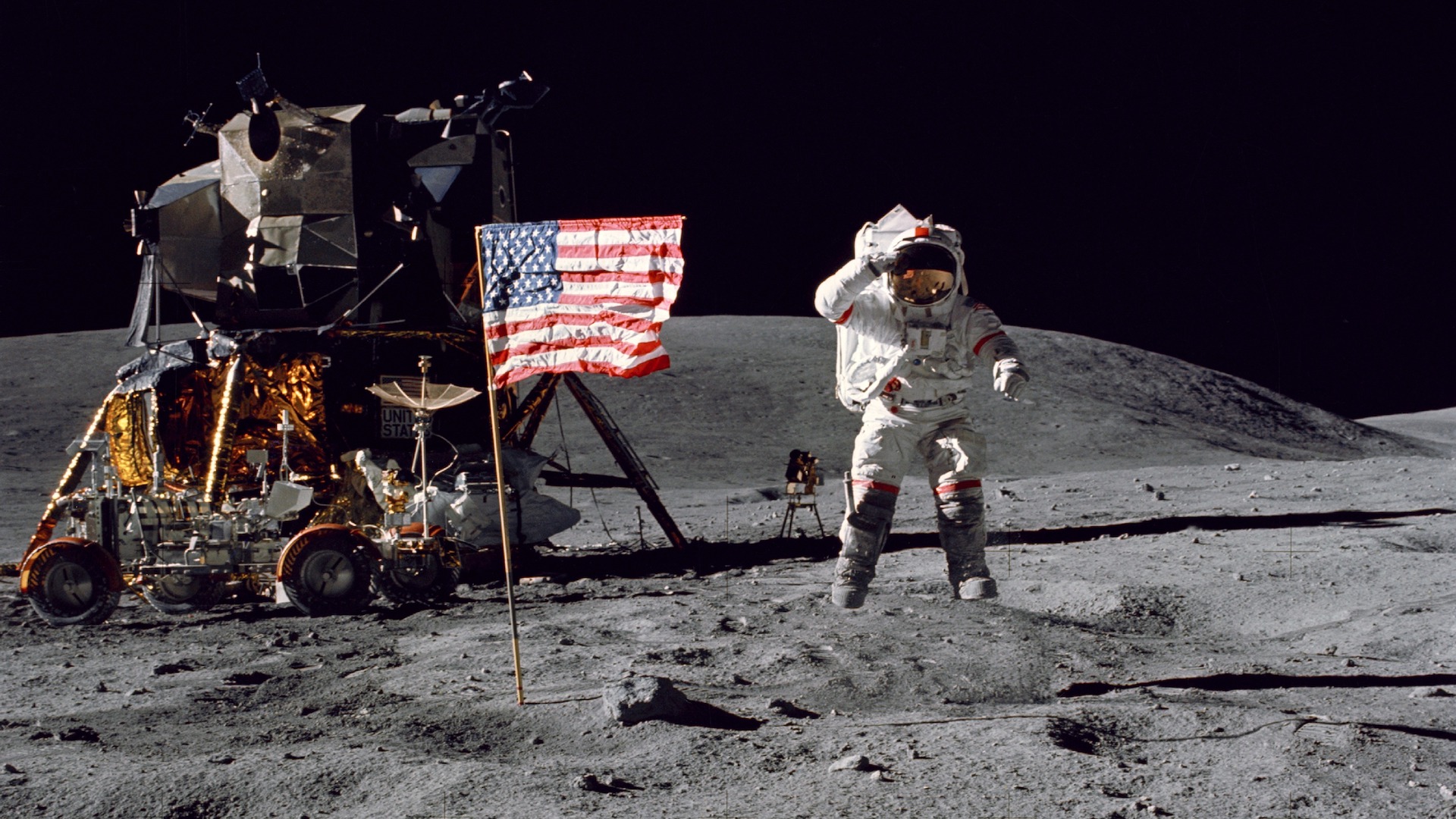 It is 53 years since we landed on the Moon. What better way to mark the event by learning 50 facts about how it was all photographed.

Apart from this opening sentence, the phrase ‘soundstage in Burbank’ will not feature in this article in any way, shape or form.

It is now almost exactly 53 years since Apollo 11 landed on the Moon’s surface at 20.17 UTC on July 20, 1969. And the fact that our era of manned lunar exploration only lasted three and a half years and that this year will see the 50th anniversary of the last time anyone physically visited the Moon still shocks. If anything, the alternative history that Ronald D Moore is still sketching out in Apple TV+’s excellent ‘For All Mankind’ feels more realistic, and in that we were on Mars in 1994.

We’ve written about all this before, of course (see Did someone wipe the moon landing tapes?), so this time we’re going to point you to somewhere else.

YouTuber Michael the Maven has assembled a quick fire 22-minute video dubbed 50 Insane Facts About The Apollo 11 Lunar Photoshoot !! which rattles through the history of lunar photography with admirable speed and commendable scientific precision. It’s almost ridiculously information dense and covers a whole host of subjects, one of which is our favourite lunar detail; the analogue photo booths that NASA developed, launched, and crashed into the Moon.

We are so used to digital photos and data transmission that we almost sprain our brains trying to think back to how things would have been done before it all existed. But the Lunar Orbiters were the key to Apollo’s eventual success, taking  a total of 100,000 photos on 70mm film to build up an enormous, detailed map of the Moon. These were then developed internally in space and raster scanned with a 5 micron spot, giving detailed pictures at 200 lines per mm resolution. Finally, the images were losslessly beamed back to three ground stations on Earth and recorded to magnetic tape using refrigerator-sized Ampex FR-900 drives. 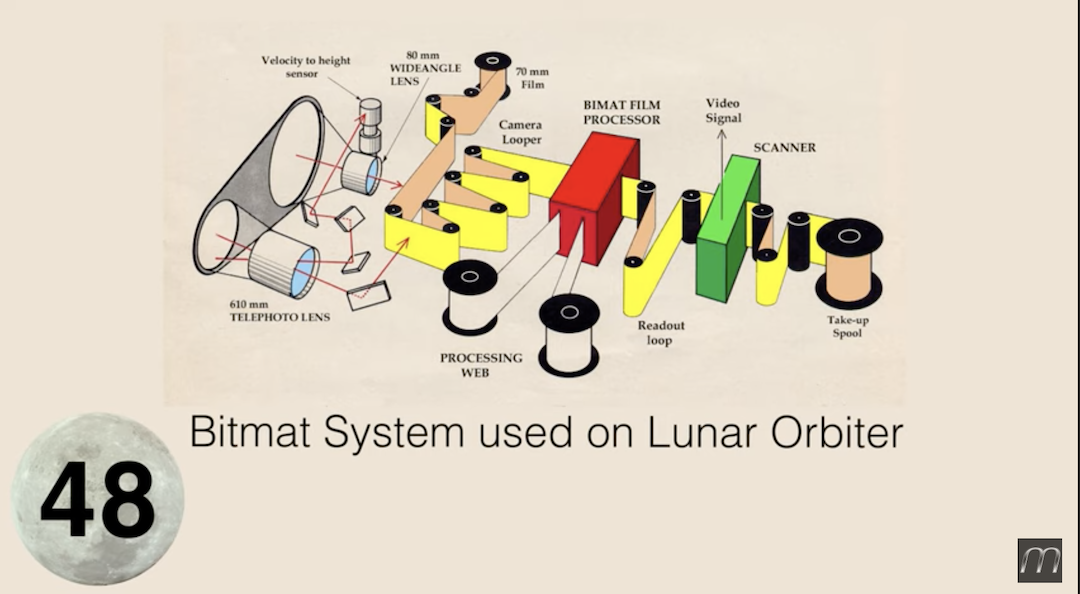 And if that’s the fact that he’s putting at Number 48, imagine what some of the ones further up the chain are like. Have a look below. And thanks to Peta Pixel for alerting us about it all.