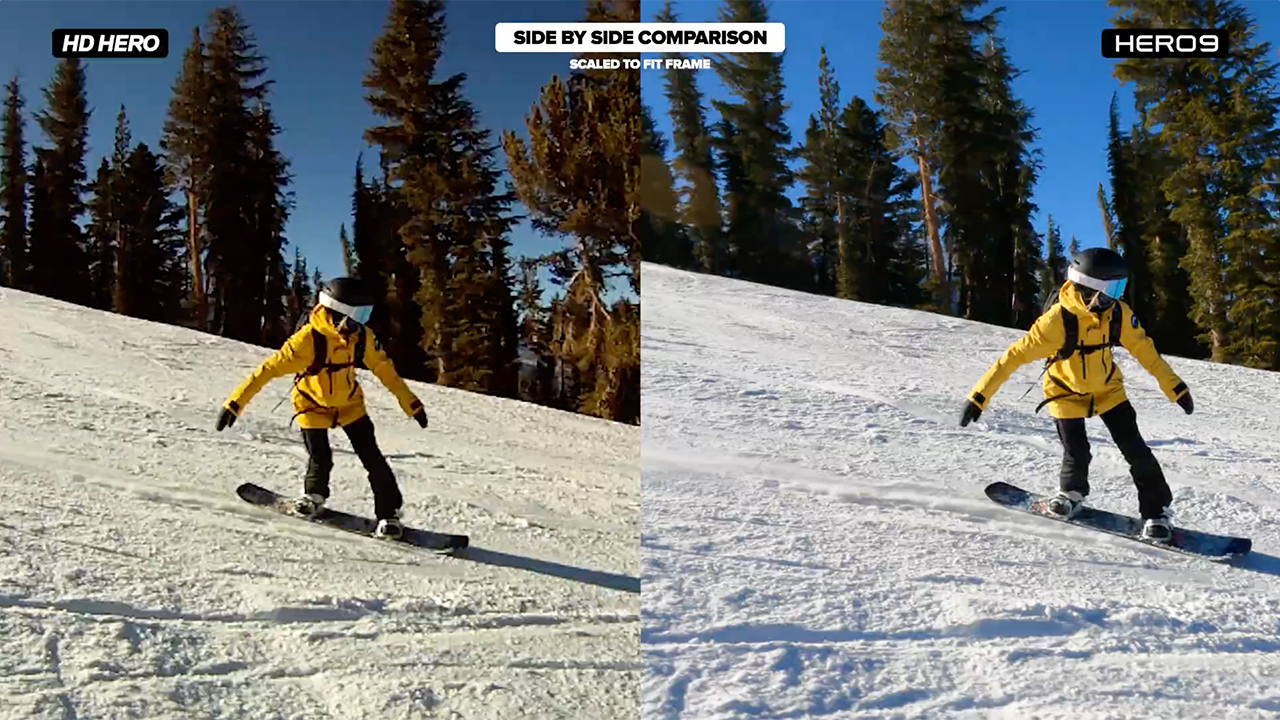 Abe Kislevitz has compared the original HD Hero to the latest Hero9, and not surprisingly the differences are stark.

Quite often in outdoors adventure activities and sports it is tempting to just focus on what's ahead. Whether it's climbing a mountain or going down a rapid, it's easy to miss the majesty of the environment you find yourself in simply because you don't look back at where you have just come from.

Camera development is an area in which we often don't realise how advanced things are until we actually go back and use older gear. Companies sometimes come in for flack because users don't feel like a new model has advanced enough, but in fact the cumulative changes over the years make for a stark comparison.

Abe Kislevitz has gone back and dug out an old HD Hero, which was first released around 11 years ago, and went out and compared it to the latest Hero9 Black. It won't come as a surprise to anyone that the Hero9 is better than the HD Hero, but it's not just a small difference, it's absolutely huge.

Digital stabilisation has revolutionised the action camera market with each manufacturer having their own take. These little cameras have gone from being devices that you only used because no other camera would be practical, to being something that you can use for everything from action sports to vlogging. The quality is now more than acceptable for various purposes.

It'll be interesting to see where things go from here. With the latest DJI Air 2S drone featuring a 1-inch sensor and 10-bit recording it is only a matter of time before action cameras give us a similar 10-bit experience. The question is how far can digital stabilisation go? The Hero9 requires the Max Lens Mod in order to keep an ultra wide angle at the same time as the horizon levelling, but Insta360's GO 2 has shown that it is possible to do this while keeping the wide angle without an additional mod, albeit with the need to do the stabilisation processing using an app rather than in the camera.

Battery life, too is something that needs addressing. The Hero9 improved things, but we couldn't escape the laws of physics and the camera needed to be bigger as a result. It's likely that we won't see any big changes here unless the processing can be made much more power efficient or solid state batteries become widespread.

It's clear that action cameras still have a lot of development potential, but much of that is dependent on current technology being able to make big enough improvements. Many of the major leaps forward might not come until much later.

The requirement to use an app to utilise the Pro features of Insta360's line of cameras adds another step to editing, which can be time consuming. If on the other hand NLE makers worked with the action camera companies to automatically recognise the camera footage and apply the relevant stabilisation and give the field of view options etc, this would make things more integrated. It might also free up action camera makers to make the devices smaller with better battery life, and to record higher quality footage due to not having to do complex power hungry processing in-camera.

While the boffins work out how to bring us improvements, sit back and enjoy Abe's comparison below.