Insta360 One GO 2 review: So much fun, it should be illegal 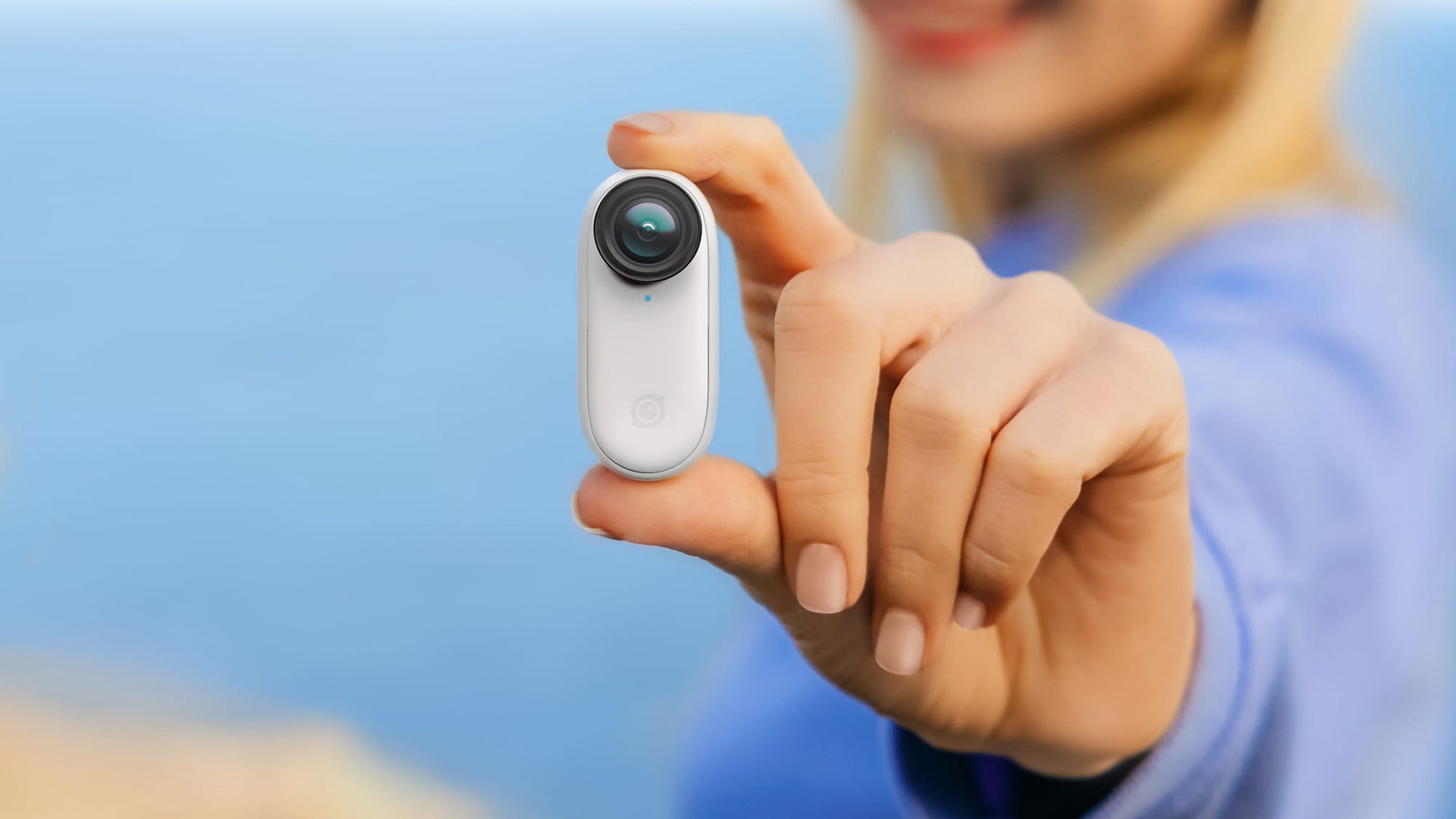 The Insta360 GO 2 has been released, and although it offers incremental improvements over the original, it is still tiny and it packs a punch.

The original Insta360 GO was a new concept in action cameras in that it was aimed fairly squarely at the lifestyle market. The camera allowed limited length clips to be taken, designed so that social media junkies could quickly capture and upload spontaneously, capturing things in the moment.

It was a successful device with some quite restrictive caveats, including battery life. The new GO 2 addresses some of the issues of the original while still keeping true to the original concept. 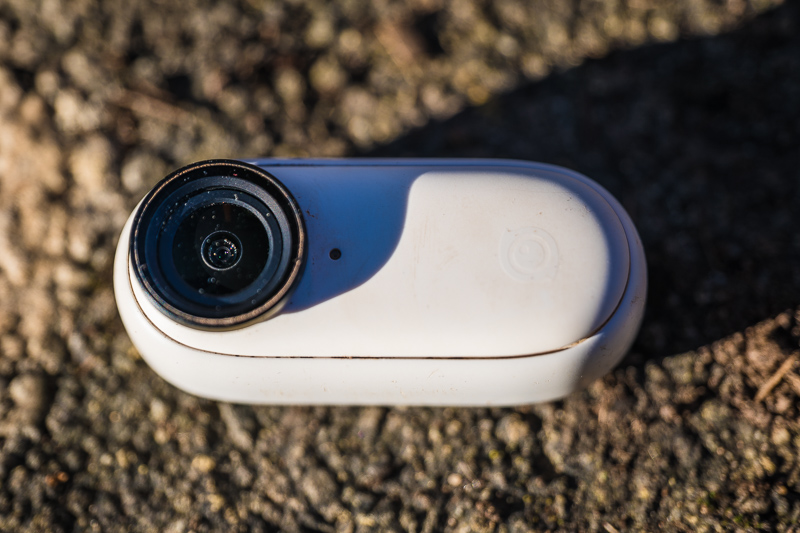 The GO 2 looks very similar to the original camera, although both the new camera and case do weigh ever so slightly more and they are slightly larger. The GO 2 camera now weighs 26.5g while the newly designed charge case is 63.5g. Yes, they are still tiny.

While very small the device still looks and feels high quality. This is the sort of design that Apple would be proud of. The system consists of both the camera and a charge case/pod. When you aren’t using the camera you can put it back into the pod, which also acts as protection, and the camera will be safely stored away charging up for the next time you use it. Although I should mention that the pod is not waterproof. When the GO 2 is in its case it is a very similar size to a carry case of AirPods.

The GO 2 camera is simplicity personified. The only control you have is a single button on the front. This can be used using a combination of single taps or double taps, and what the camera does depends on whether you do this when the camera is off or already turned on. For example if you press the button once when the camera is already off, it will turn on and start recording video. On the other hand if you double tapped the button it might start up and record a Timelapse depending on how you have configured it within the app. 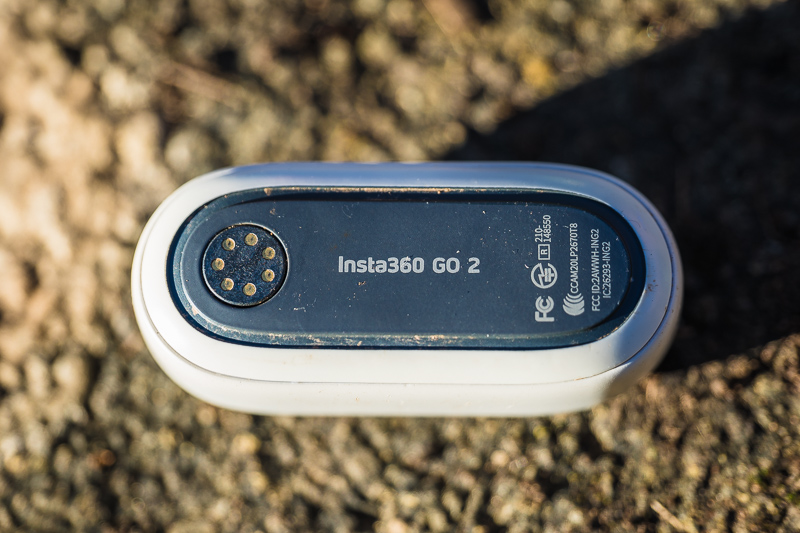 The back of the GO 2 is magnetic. Those metal contacts are the charge contacts.

The camera is magnetic, and this forms the basis for many of its mounting options. This makes switching over from different mounts extremely quick and easy. For more extreme mounting there is an adaptor frame that will let the GO 2 attach to any standard GoPro style mount.

The magnetic system is, well, lots of fun. It positively encourages you to mount the camera in different places. It seems odd to describe a camera as fun, but the GO 2 really does fulfil this description. And it’s actually an important thing because it means that you are encouraged to get more variety of shots, which in turn makes for a more varied edit.

The GO 2 comes with a variety of different mounts out of the box, including a sticky mount that can be reused over and over again, and a pendant mount that hangs around your neck and behind your clothing so that the camera can literally clip onto your chest. This is pretty ingenious because it makes the GO 2 completely unobtrusive and you forget it is even there. For shots where you are doing something active and you want to be totally hands free without the erratic nature of a head cam, this makes a really useful mount. The only thing I would say is that it might be nice in a future version of the camera to really ramp up the magnetic power so that it can be used in situations with more violent motion.

That said, the magnetic system is incredibly convenient, allowing the camera to be very quickly swapped from place to place without fuss. 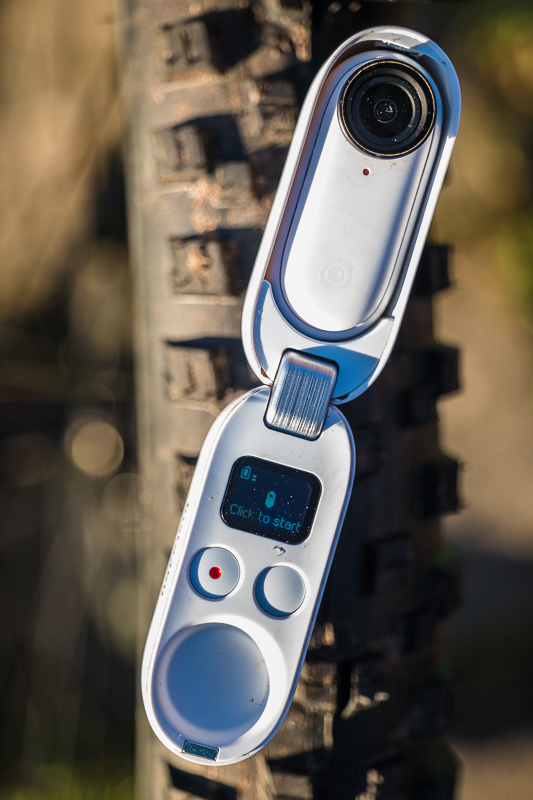 The charging case/pod doubles as a remote control, a selfie stick, and a mini tripod.

The one area in which the GO 2 falls down is when it comes to battery power. This is somewhat limited by the laws of physics because the device really is so tiny, although it would be good if it was possible to swap out batteries. In standard video mode you can expect to get around 30 minutes of battery life before you’ll need to put it into the charging pod. Coincidentally this is generally the amount of Pro Video footage you can fit onto the cameras 28GB of available storage space before you’ll need to offload to a computer of mobile device.

You can use it within the charging pod, which also doubles as a remote control, small selfie stick, and mini tripod. However, because the pod itself isn’t waterproof, if you are doing any sort of watersports activity the pod will need to stay on dry land, meaning you’ll have to be very selective about the shots you take. When it comes to action sports this can be a bit limiting because you can very rarely predict what might end up being a meaningful shot, hence the reason many people just turn their action camera on and forget it.

If you use the camera in Pro Video mode at 50fps then that battery life drops off quite a bit, with 20 minutes of life being a more realistic proposition. Maybe there’s some scope in having a water case with an integrated battery that increases the depth of the unit without changing the front profile much, although in a future iteration of the camera I would be fully prepared to accept a camera body with a little more depth if it meant the battery life could be increased. 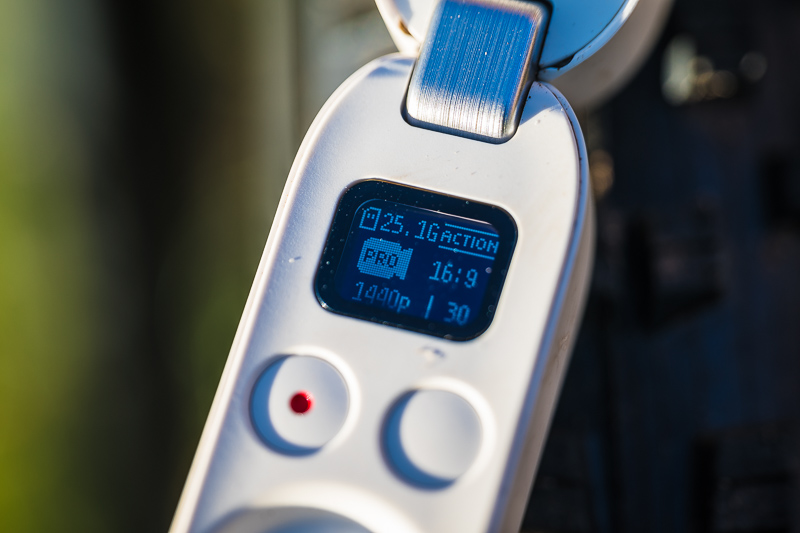 All settings for the camera can be made from the charging pod as well.

The good news is that the picture quality from the GO 2 is exceptionally good. In my video review (at the end of this article) I stated that it wasn’t over sharpened, although I think I jumped the gun a little. There is still more edge enhancement here than a GoPro and I would still love for Insta360 to allow this detail enhancement to be dialled right down or turned off altogether since it would a) look a lot more natural, and b) make intercutting with other cameras easier.

The colours though are fantastic. Even in Vivid mode, which I would normally avoid, looked really good and helped bring out colour and tone on some exceptionally dreary and grey British winter days. One area which Insta360 really does seem to have dialled is the colour science. It is really very good.

Likewise the stabilisation system is also exceptionally good. The GO 2 has horizon levelling, so you can mount it in pretty much any orientation you like. It does get a little confused when the device is moved through 180 degrees of vertical movement, but for most normal use this is easily on par with the stabilisation you get with GoPro’s Max Lens Mod. The difference is that as with all other Insta360 cameras when you are in Pro Video Mode, this is all taken care of with the mobile or desktop app.

This extra step that is needed to process the footage is both a hindrance and a benefit. It does mean it takes a littler longer to deal with footage before editing than other action cameras, but on the other hand it means that you can select your field of view option after you’ve shot the footage, rather than having it baked in. The added beauty of the GO 2 is that you even have freedom to reframe the shot vertically by quite a margin. So if for example you chest mount the camera on a mountain bike and find that the handlebars are dropping below frame, you can correct this.

The desktop app doesn’t allow key framing for this currently, however key framing for this movement can be done in the mobile app by holding your finger down on the video frame for 0.5 seconds and then reframing. So wide is the field of view from the GO 2’s lens that it seems that it might be possible to strap two of the devices back to back and stitch in post to make an exceptionally compact 360 camera!

Resolution wise the camera produces footage of up to 2560x1440p at up to 50fps, making it roughly 2.5K. This is pretty good when you consider its size. Bitrate can be set up to 80Mbps.

While in use the GO 2 does become pretty hot, although this is normal. Again this is just a by-product of how small it is alongside what it is doing processing wise. It never gets in the way of using the camera though and it is never too hot to hold.

The Insta360 GO 2 is extremely capable for its size. It is so compact that I quite often take it out with me just in case I want to film something. It sort of begs you to want to use it, and it is actually fun to use. There’s not a lot of cameras you can associate the word ‘fun’ with, but the GO 2 is one of them. If you can accept the short battery life and limited storage, the GO 2 is a device you can really get creative with, mounting it in places that even the smallest of alternative action cameras cannot be attached or placed.

In short the GO 2 is the most fun action camera on the market and I thoroughly enjoy using it.