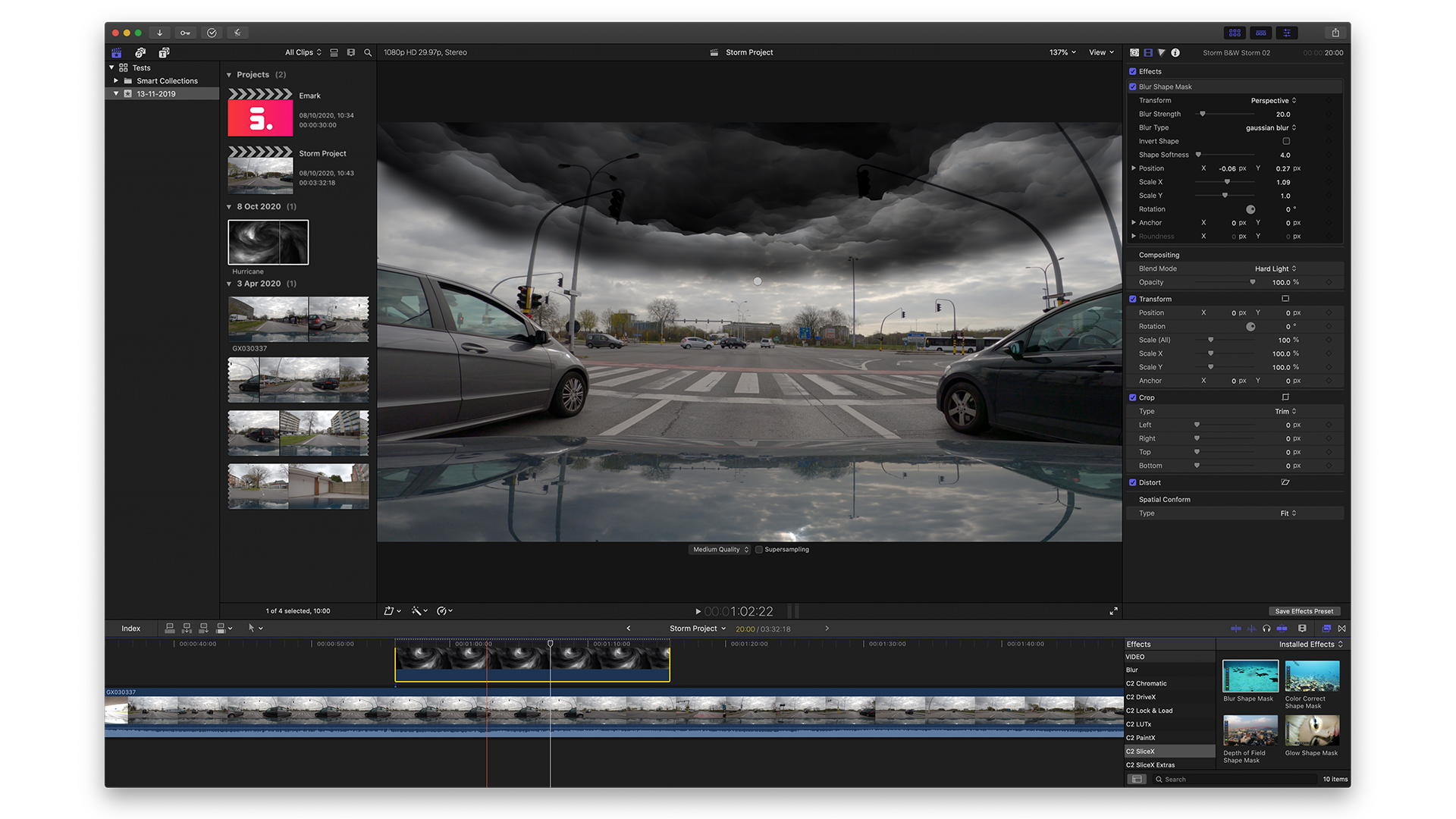 Review: We kick up a storm with this review of a new procedural 3D plugin from Yanobox called... Storm.

Storm lives in the Final Cut Pro X Titles and Motion’s Generators section. There are over 200 presets in the Storm plug-in for Final Cut Pro X and Motion, which is the version I tried out. Those range from chrome-textured organic shapes over liquids that seem to move in bulging container forms to alien-looking life forms, fire and stormy cloud formations.

Storm requires a capable machine to make the most of it. As with most 3D engines, it creates huge numbers of triangles for the various mesh resolution settings and to render the model in detail while it unfolds over time, a good deal of GPU memory required. For example, the medium setting creates 1 million triangles and needs 128 MB of VRAM, the very high setting creates 20 millions triangles and to accomplish that feat you’ll need a GPU card with more than 2 GB VRAM and the extreme setting needs over 8 GB of VRAM. However, some additional “effects” like Hairy, Fresnel and Specular demand even more VRAM and a fast card to render relatively quickly.

Yanobox Nodes 2 plug-in is a fantastic plug-in with loads of creative possibilities, but I personally never succeed at making something exactly the way I had it in my mind due to the overwhelming array of parameters that all interact with each other.

Storm is different. There aren’t as many parameters to choose from as with Nodes 2 and most of them are self-explanatory. An afternoon figuring out how it all works and perhaps a few experiments with the presets later ensure that you understand how the rules interact with each other and what the effects will be. And although the many presets are certainly more than enough for most of us, it’s tempting to create something that is truly yours, and it’s nice that it can all be learned over the course of a few days, not weeks.

What is also nice is that Storm is more flexible to use in scenes that you actually shot with a camera. With Nodes I always feel as if the art you create is a world on its own. You can use Storm that way as well, for example for titles, but it will be easier to integrate it with existing, real-world scenes. Take, for instance, the presets that represent stormy clouds. You can integrate these relatively easily and with a minimal effort in a scene with an overcast sky. Some of the fire presets can quickly be adjusted to represent a sun burst or a realistic backdraft.

There’s also the option of reflecting the environment, either by selecting one of the pre-defined exterior, interior or studio environments, or by inserting any footage as a source with the “Load Environment Map” option.

With Storm and Nodes 2, Yanobox and FxFactory now have a complete solution for building environments and complete worlds that can exist on their own. With its advanced fractal noise algorithms, photorealistic shaders, volumetric colour gradients, directional lighting, reflection, refraction, fresnel and fog, as well as its realistic flow modelling, its ability to create organic forms and simulate natural phenomena, Storm offers a complete 3D package in plug-in format.

You can install Storm as a free trial via FxFactory and when you’re satisfied it suites your needs, it will initially set you back $199, with that price increasing to $299 sometime in the future.