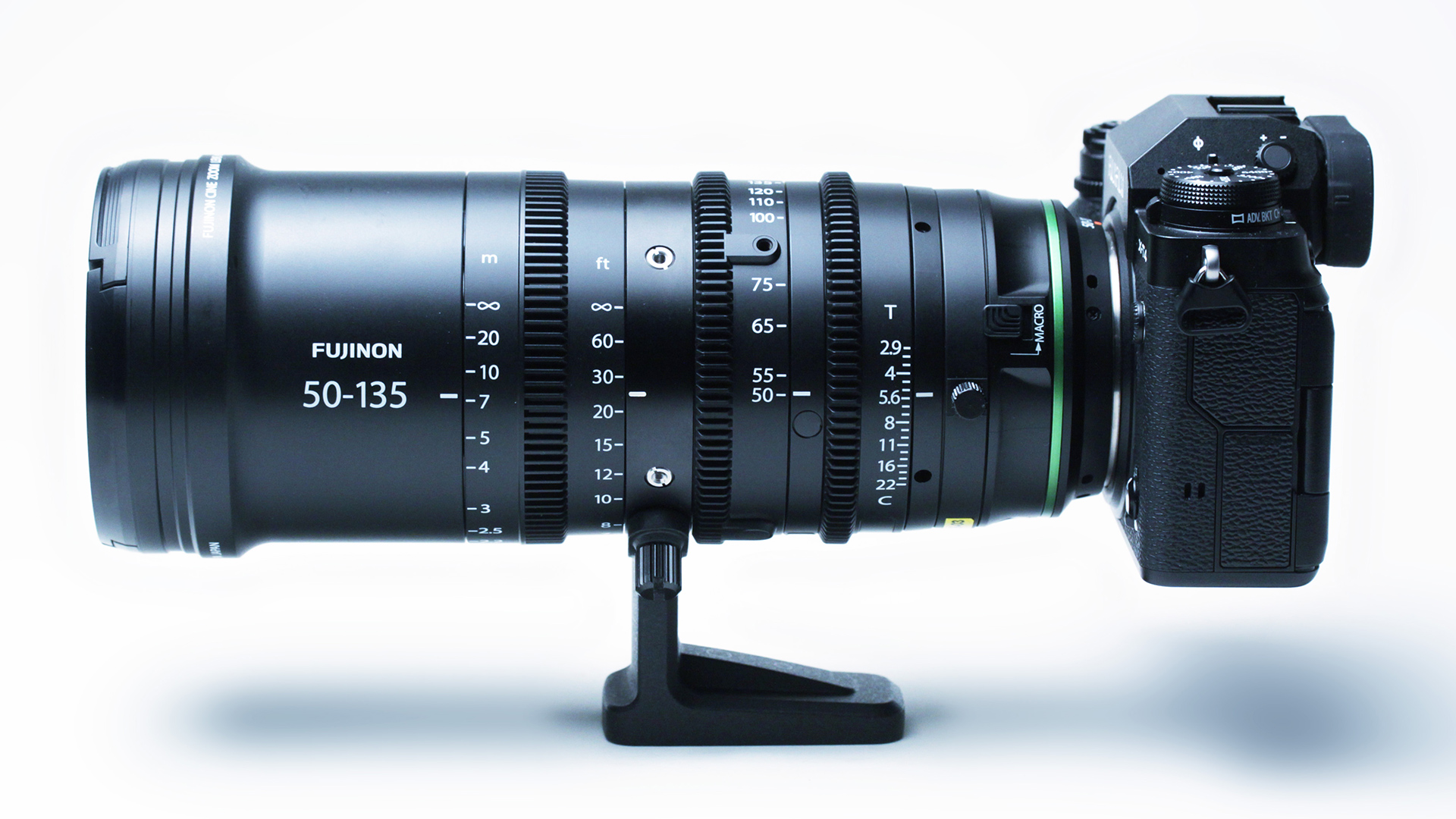 Phil Rhodes continues his roundup of Fuji documentary style lenses by evaluating their performance and looking at which ones offer the best balance of price/performance.

Like anything, for really sparkling pictures it behaves best closed down a couple of stops, to an equivalent f/5.6. There is some vignetting and darkening in the last ten per cent of the focal length range, which is not unusual for such a high range zoom at such extreme settings. At those extremes, there is some chromatic aberration in the corners and bokeh edges tint red or blue depending whether they’re long or short of the zone of focus, but we’re asking it to be a roughly 20-400 f/2.8 super35 zoom at that point, which is not very reasonable.

PL mount on URSA Mini Pro. Somewhere deep, deep down the back there is an imaging sensor, which doesn't make lens design very easy.

Operationally, if we’re used to broadcast zooms, it is glorious. The zoom range is vast without spoiling muscle memory of where the rings should be, and it balances nicely. About the only major problem, other than the price tag, is that the UA24x7.8 breathes significantly, which might put people off using it for single-camera drama – but that’s really not the idea. Other than in big broadcast OBs, this lens, and its even longer cousins, are frequently found on wildlife documentaries where their superb ergonomics and huge reach work beautifully at f/8 with significant ND during a sun-drenched African afternoon.

Better performance is available with a reduced zoom range, reduced maximum aperture, and a lens actually designed for super35. The XK6x20 is actually much more affordable than some of its most direct competitors, at least those with a zoom grip. It approximates what the MK pair do, but all in one lens, and handles the deeper PL mount.

It has a metallic solidity that recalls the big cinema zooms of which it is a cousin, and because of that, it’s also the biggest and heaviest option here, although actually it’s not that much bulkier than the chunky-for-broadcast UA24x7.8. Significantly, and unlike the competition, the 6x20 it doesn’t noticeably ramp even at the long end.

There is very little chromatic aberration – a hint of blue glow in the corners at extremes of aperture and focal length – and the controls feel like boating in a pool of molten gold. Anybody who’s seen a Fujinon XK6x20 at a distance and assumed it was an ENG lens with delusions of of grandeur should try one.

The flipside is that metal is heavy – nearly seven pounds with the grip, which is too heavy for the diminutive Ursa Mini to balance, even with no rods, no mattebox, the shoulder pad all the way forward and a Wooden Camera D-box, Core Evo UPS and the Anton Bauer Titon 150 on the back. It’d likely be better suited to an Amira or Varicam, but those are the breaks: it is the no-compromise approach. If you can handle the weight, the only real question is whether 120mm is really long enough; on a super-35mm sensor, it’s not that telephoto, t/3.5 is not that fast, and there is no extender.

Overall, though, the XK6x20 is what most people actually want when they go and buy a cheap electronic stills zoom and suffer the ergonomic downsides of that. Perhaps interestingly, making something like the 6x20 that’s accessible in terms of bulk and price is not something that’s down to lens manufacturers; it’s down to camera manufacturers and their selection of lens mounts.

To satisfy PL-mount cameras, the XK6x20 is required to perform the optical equivalent of a Hail-Mary pass to put the picture on a sensor that’s a couple of inches from the mount flange. Shallower mounts could make this sort of thing more common and easier.

Which brings us on to the MK series zooms, which have only ever been available for shallow mounts like micro four thirds, E via modification, and now Fujifilm’s own X. They’ll never go on an Ursa Mini or Alexa, more’s the pity. Fujifilm’s own X-T4 camera (reviewed in more detail here) is compatible but not really comparable to the Ursa Mini, but it’s also possible to put these lenses on an FS7 or EVA-1, which is perhaps a more realistic comparison.

At a glance, the MKs look to be built in much the same way as the XK6x20, although a tap with a fingernail makes it clear that there’s more plastic involved. Given the weight and balance situation, that’s probably a good thing, and the two lenses are individually a much more practical proposition for compact cameras.

Operationally they’re a halfway house between the broadcast and film world; the control rings are a little more spread out than a typical broadcast lens, but the overall experience is much the same. The 200-degree focus rotation seems specified to make single-camera people happy, but it’s not so vast as to be a problem handheld. Feature-wise, they’re great – zoom, focus and iris rings with bold and accurate witness marks, gears for cinema accessories and a macro feature much the same as many broadcast lenses.

Even wide open and at maximum zoom, in the corner, the XK6x20 shows only a little blue separation - but that's less than a third the focal length of the UA24.7.8.

The benefits of the shallow mount and reduced zoom range per lens combine to give us sharp, clean pictures approaching the same performance as the XK6x20, and while there’s no zoom grip available the operation is as slick as anything could be. They cover everything and no expensive, quality-sapping adaptors are required. Of course, both these lenses together approach the price of the XK6x20 without its zoom grip, but they’re a shade faster and a whole lot handier. Such is the massive benefit of tolerating a short mount and a lens change around 50mm.

If anything’s clear, it’s that there is no ideal solution. Any camera manufacturer which has not adopted a shallow mount should be firmly encouraged to do so, because something with the capability of an XK6x20, only smaller, lighter, cheaper and better, is then easier to make. The huge success of the MK series suggests there’s a market at that sort of level. And of course, more sensitivity in cameras makes less speed in lenses more tolerable.

There is no winner here – it’s not a shootout – but it’s hard not to like the Ursa Mini Pro with the UA24x7.8. It’s not light and it’s certainly not cheap, but it has a certain solidity, reserves of speed for emergencies and is great for anyone used to the handiness and capability of ENG cameras. Greybeards from the single-camera world will scowl, but in the end, the way broadcast crews have been operating for decades is still a good way to operate today.