Want a great camera for an average week's wages? Here are some options 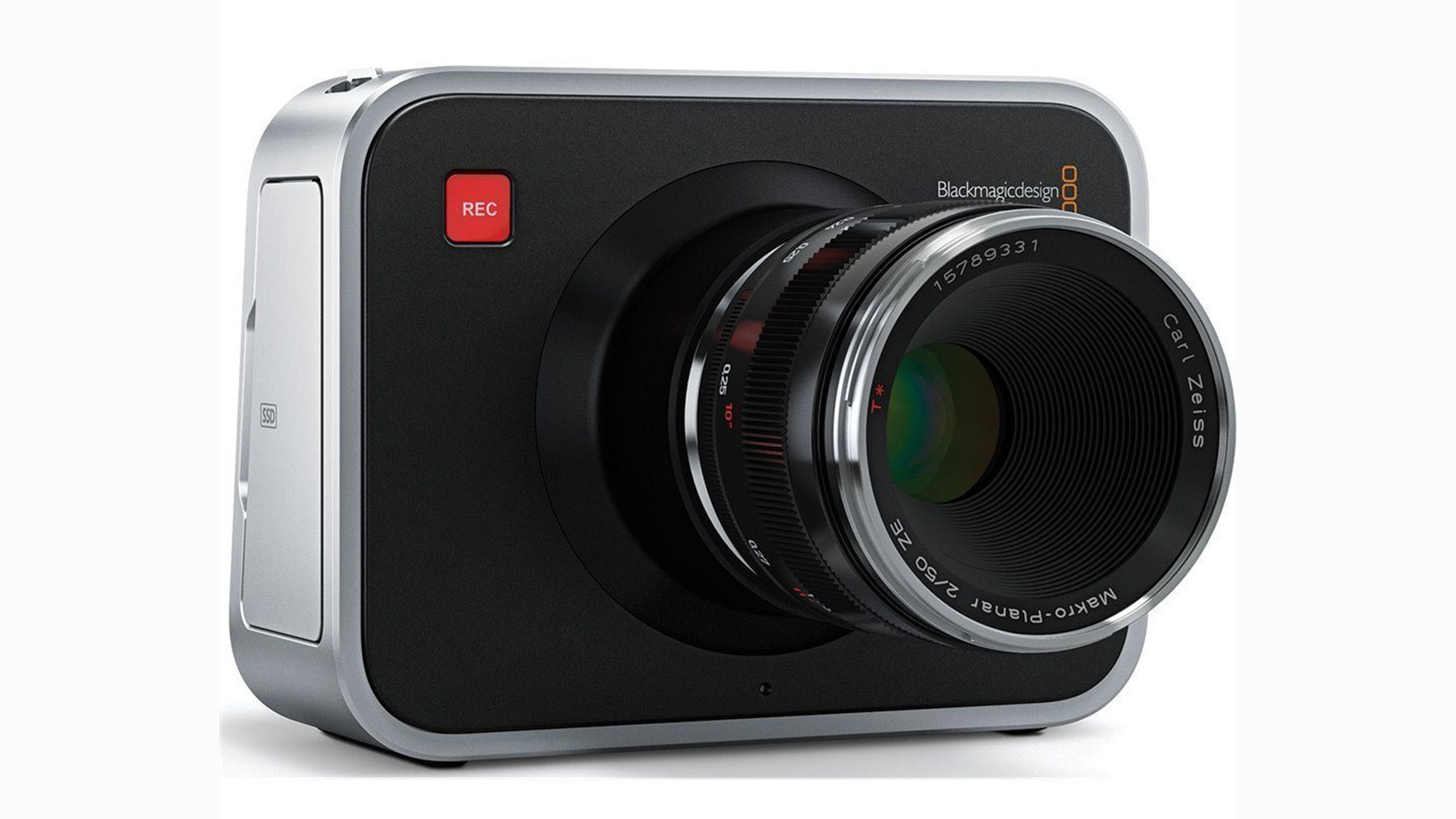 Money is tight at the moment, but if you want to break into the industry on a very low budget there are some real bargains out there. Here's what to look for.

Is the Sony PMW-F3 the only camera ever to have staged such a powerful comeback, long after going out of production? Asking prices have practically doubled since someone suggested that they were a pretty good bet (although, to be fair, we called it some time previously and they’ve been under £1000 since then). Whether or not those eBay sellers are getting a bit ambitious remains to be seen, but certainly, anyone looking for a solid option at the sub-£1000 point will now need to look elsewhere.

The alternatives to the PMW-F3

Why not consider the Sony NEX-FS100, frequently a B-camera to the more capable FS700? Being part of Sony’s NEX range, it doesn’t have the F3’s PMW-series pedigree, and as a result the build quality certainly isn’t anywhere near as good and there’s an argument that the colour processing isn’t as pretty as the F3, either. 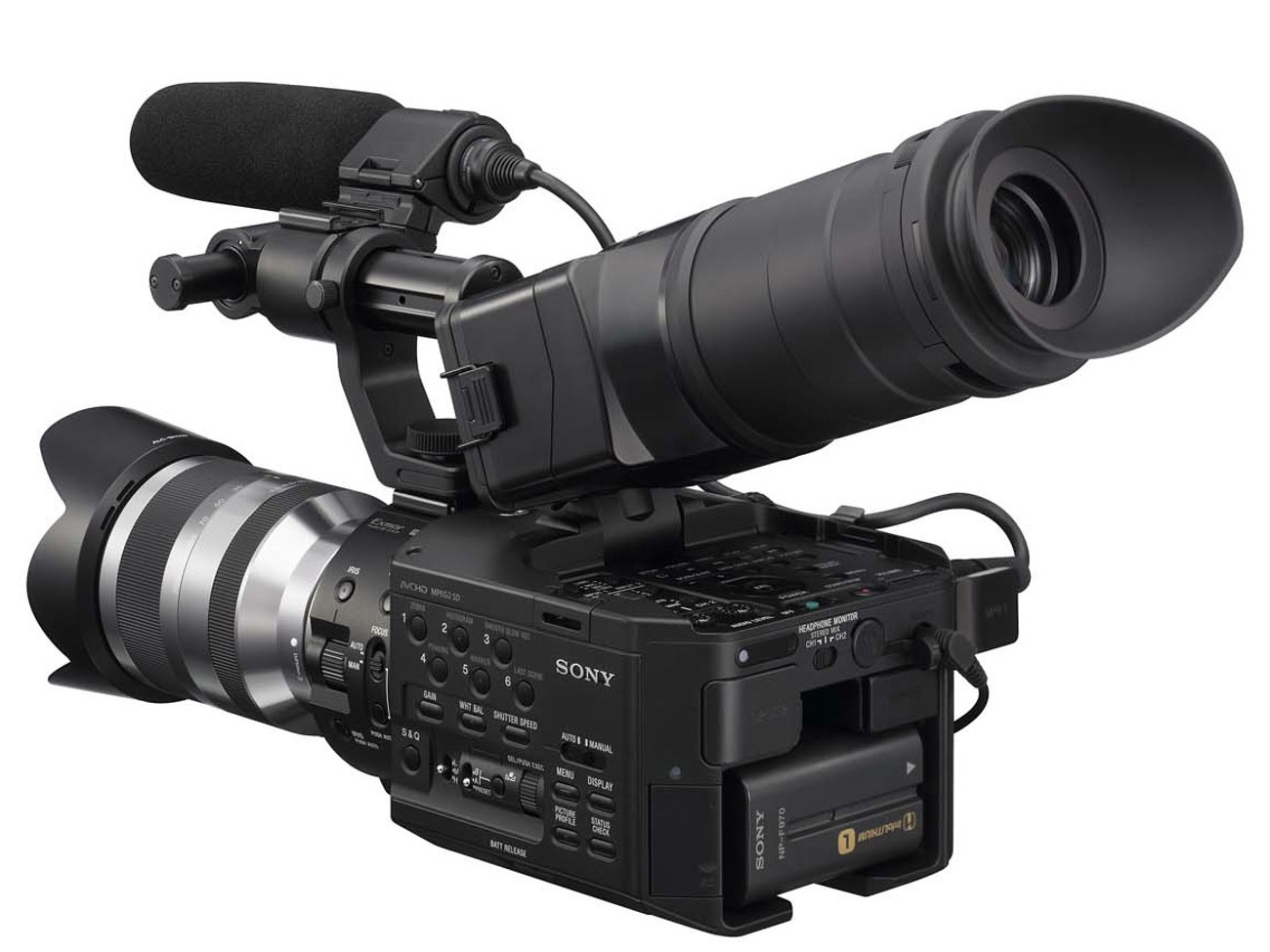 There is no way to get anything more than 8-bits out of it and, the onboard recording (like the F3) is low bitrate, to SD cards. However, the very cheapest, oldest, first-generation HDMI recorders will handle it fine, it has the shallow (and so highly compatible) E-mount and a Super 35mm sensor that makes pictures much like the widely-adored FS700.

Many examples are sold with Sony’s electronic zooms, which are not the best lenses ever made, as any objective commentator would accept, but a workable choice where we can’t afford a zoom the price of a car. An FS100 will need rigging, because it’s a box not unlike the F3 but without even the F3’s rear-mounted loupe viewfinder. Put it on a rod base with VCT-14-compatible quick release, some sort of top handle, battery mount and a viewfinder, and it’s a very usable thing.

The main thing that would stop anyone buying an FS100 is the knowledge that the FS700 is massively more capable. We’ve said it before, but the FS700 probably deserves a place in history as the best value camera ever made. Starting out as a low-bitrate HD camera with an interesting slow motion feature, it became a 4K raw camera and is still relevant to this day. 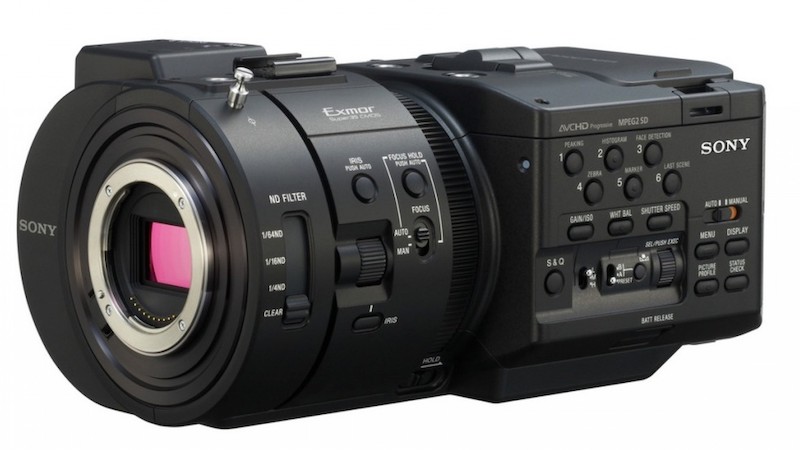 It has internal ND filters and the same shallow lens mount. Still, the prices of FS700s seem to have floated up with that of the F3, since it’s no secret what the FS700 can do. And for anyone who doesn’t really need the slow-mo, the FS100 is a solid choice and thoroughly inexpensive.

Alternatives, particularly for anyone who owns a lot of Canon glass, include the original C100 which has many of the same pros and cons, but they’re often spendier in a way that’s hard to justify unless you really like Canon pictures.

It’d have been nice to avoid putting stills cameras on this list, given how much rigging and inconvenience they imply, but a recent firmware for the Panasonic Lumix DC-G9 has altered the landscape somewhat.

People looking for a small-sensor documentary camera have often drifted toward the GH series, but with 10-bit 4K onboard recording, the G9 probably offers the highest spec on this list. It has the highly compatible micro four-thirds lens mount and can mount more or less any lens ever made. A G9 in crop mode – which has the same resolution as the FS100 we should remember – can handle many lenses built for super-16mm work, which are vastly less expensive than those which will cover 35mm. 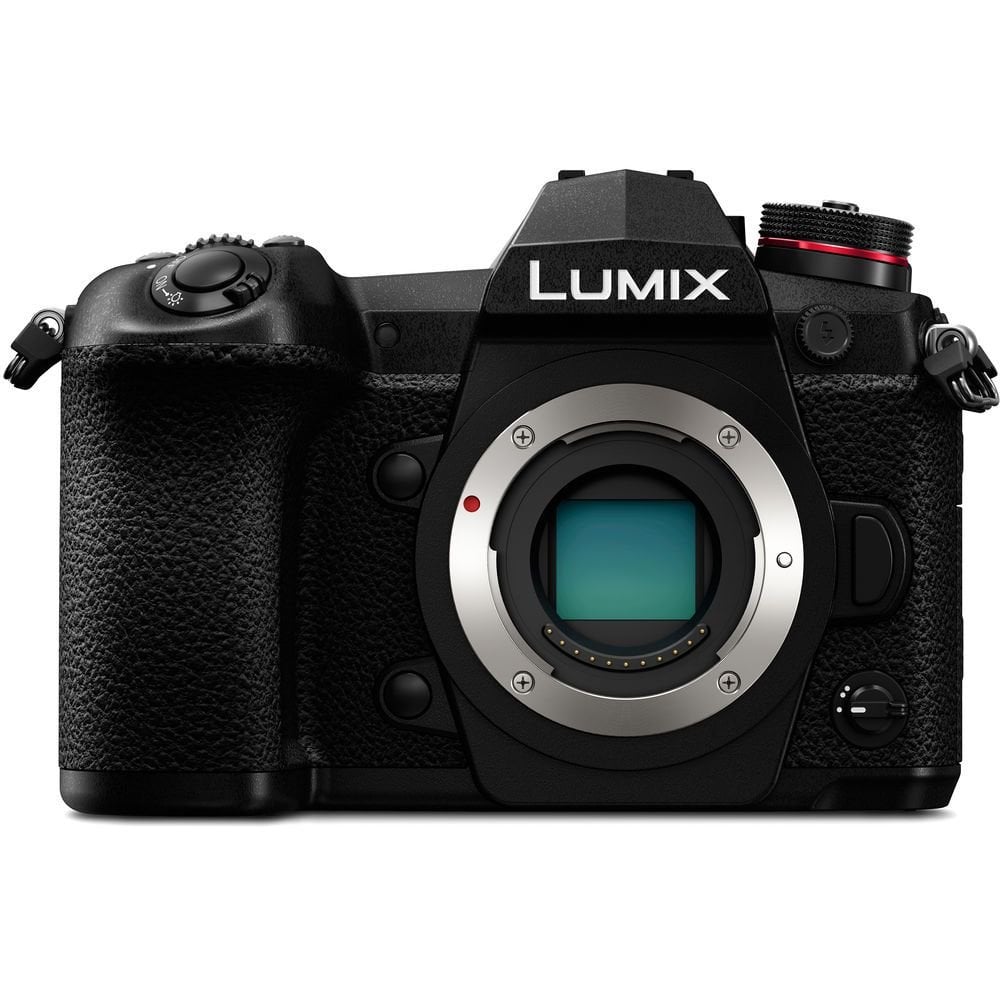 Stills cameras inevitably have their downsides, and, like the FS100, it’ll take a fair bit of scaffolding to turn a G9 into anything someone would want to handhold for extended periods. The advantage here is that for many applications an external recorder won’t be needed, though battery life is a factor on most stills cameras. Putting a bigger battery directly behind the camera can make accessing the controls awkward. Still, there’s very few ways of getting more image data for the money. Early alpha-series Sony cameras such as the α6300 may offer some of the same benefits.

There’s a swear box for the word “painterly,” but if we’re shooting drama and that’s what we want, the only thing we can really finish on is the Blackmagic Design Cinema Camera – the original 2.5K variant that was the company’s first foray into cameras. Yes, it was on the list when we last looked at inexpensive cameras, and shockingly, its price has barely changed, and that’s a vote of confidence in itself.

Blackmagic’s celebrated firstborn has rather noticeable rolling shutter, but in every other respect it looks great. Much as high end OTT distributors will occasionally allow people to shoot with conventional ALEXAs because they look great, there is no reason to be cautious about the Blackmagic Design Cinema Camera based on its sub-4K resolution or sub-35mm sensor size. 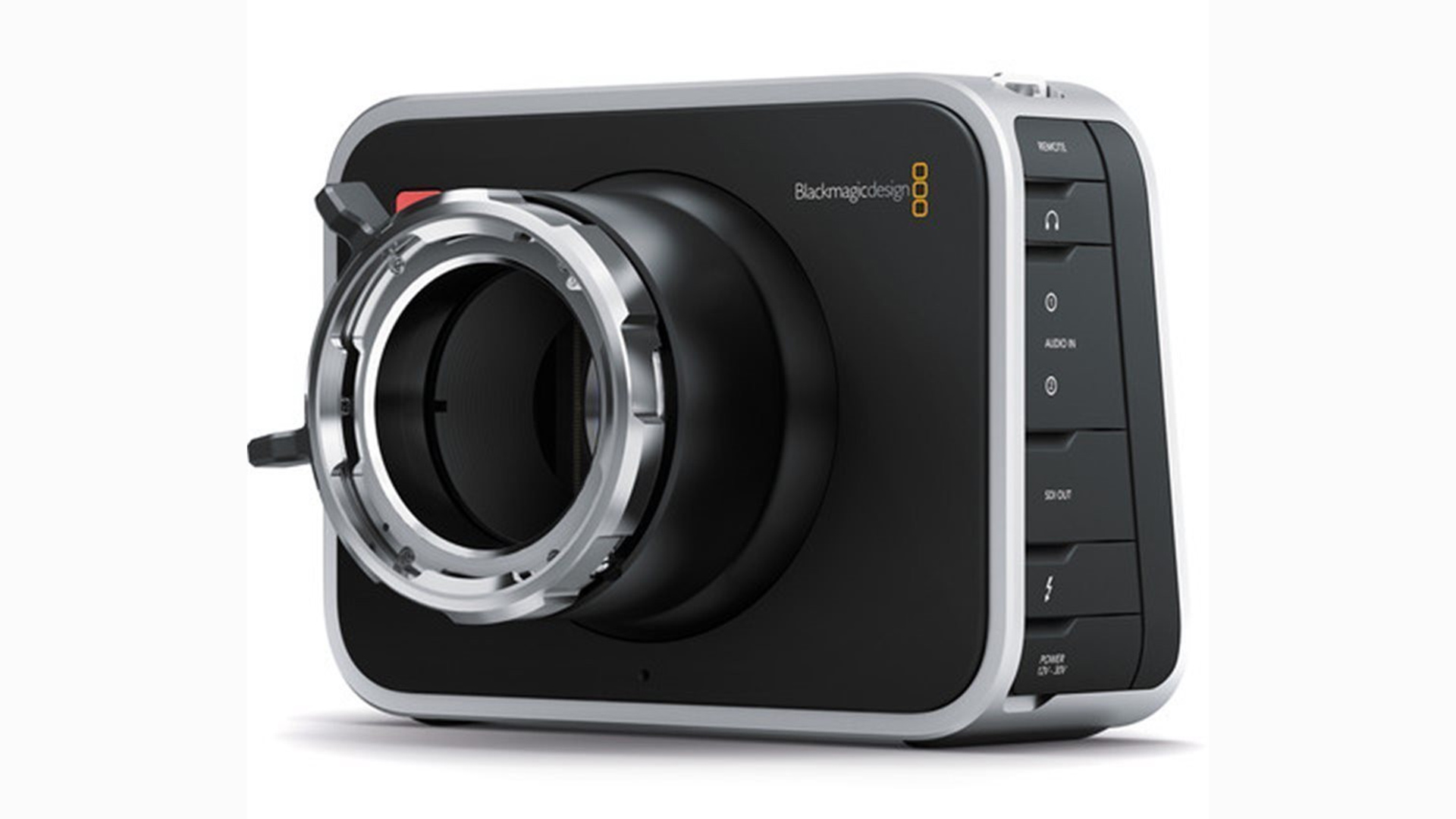 That 2432 by 1366-pixel imager has big photosites that sip delicately at light as if sampling a nice chablis. It has onboard raw and ProRes recording to affordable media. It is available with a micro four-thirds lens mount and the small sensor means more lens compatibility, although the majority of used cameras seen now are EF.

The layout is odd, complicating rigging by placing most of the controls on a touchscreen at the back while cables jut out to the side, which is more or less exactly the wrong way around. The fixed-angle display isn’t that wonderful, and the built-in batteries in most extant cameras will be shot by now, making it necessary to put a battery mount on the rod system directly behind the display. It’s awkward, but the pictures might just be worth it. Alternatives include the company’s even more svelte, but almost as capable first generation Pocket Cinema Camera.

This isn’t a competition, and I'm not here to make a specific recommendation. Still, if there’s any overall learning from this, it’s that concerns over sensor size and pixel count are, or should be, firmly in the past. Unless someone’s contractually obliging us to hit certain specifications, it’s now possible to look very good on YouTube with a camera costing less than a week’s wages.