Struggling on a budget? Maybe there is a used camera bargain out there for you 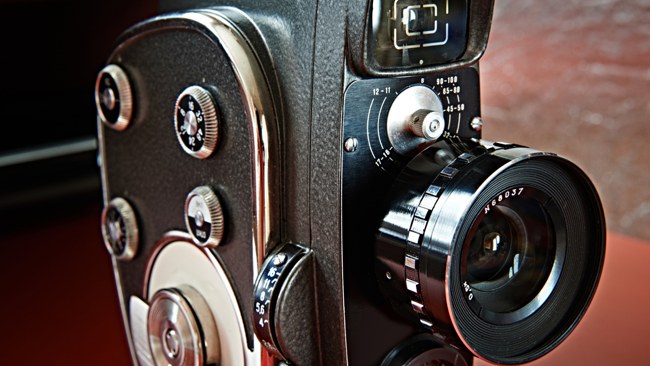 Yesterdays camera? A used camera might be a cost effective way of shooting todays video.

For anyone struggling to find the budget to fund a brand new camera, a second-hand unit represents good value if you chose the right technology. Phil Rhodes gives us a rundown of some of the camera models to look out for.

One of the side-effects of rapid advancement in camera technology is that the previous generation is often found clogging up eBay long before it's really obsolete. Still, while buying brand-new gear is a tricky decision in such a fast-moving market, it's sometimes necessary to have something immediately on hand, or available for a long-term project. Some of us might even occasionally do a loss leader for a new client. Obviously, all camera crew own gear in order to give it away.

Happily, the used market makes all this much less financially painful, so let's look at some of the best options that exist at the moment. Naturally, this advice is likely to date quickly, so your own research is still important, but it's certainly possible to get an excellent camera body for under £2000. That's a limit specifically chosen to exclude some excellent brand-new options (the higher-end DSLRs, particularly the Sony alpha series) as well as the powerhouse FS700, which tends to start at a bit more than £2000 secondhand and is certainly a glitteringly attractive choice if you have the money.

All of these cameras take interchangeable lenses, and most will require external recorders for reasonable performance, so factor those costs in too.

For some time, the F3 was a favourite of the self-employed cameraperson who needed to own something but didn't want to pay Alexa money. The launch price of the PMW-F3L was some US$16,000, positioned as a second-unit camera alongside the F35. Now they can be had for 15% of that, supporting modern log workflow (though lacking 4K). The inbuilt SD-card recording is very basic but there are both 4:2:2 1080p outputs for monitoring with optional LUTs, and clean outputs, without LUTs, for recording. Sony also sold an update which provided dual-link 4:4:4 output, though that would require a reasonably capable recorder.

The F3 boasts the highly-compatible FZ lens mount. Many were sold with PL adaptors, but anyone on a budget is likely to pair it with, say, Nikon AIs mechanical stills lenses. Used F3s vary in price, and some, with the 4:4:4 update, will break our £2000 limit. The upgrade itself is now very expensive and no longer sold by Sony. However, essentially all F3s will have S-Log as Sony quickly made that part of the update free; what it lacks is the 4:4:4 RGB. 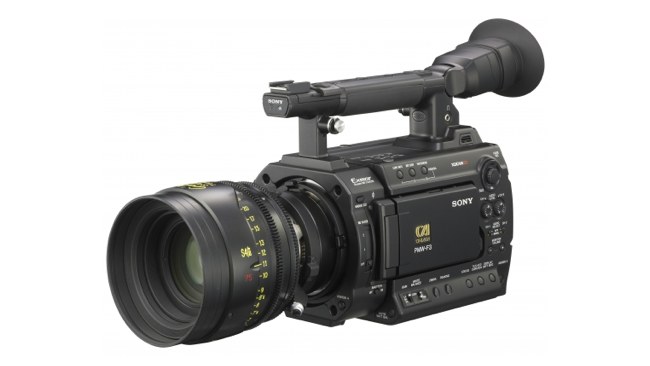 The C100 has the same excellent Canon-made sensor as the mark-one C300. It suffered a little from mediocre internal recording options, limited to 24Mbps to SD cards, but is likely to be paired with an external recorder in modern practice. While the HDMI output is limited to 8-bit, the camera should otherwise get quite close to C300 pictures but with a rather better recording. There isn't even any need to buy a particularly expensive recorder – Atomos' early generation of little five-inch HDMI recorders will do a perfectly workmanlike job, and can record to low-cost spinning disks into the bargain.

The EOS lens mount is either a boon or a curse, depending on the glass you own. Canon users will, of course, be keen to use a camera that leverages their lens investment, and the C100 will do that nicely. It's very small, which is good, and the viewfinder isn't particularly wonderful, which is bad, but that sensor for £1000 is an intriguing deal nonetheless.

Including the Cinema Camera is a bit of a swindle since they're still available new, but as a long-lived product they're widely available on the second-hand market and it can't be long before the fat lady sings.

The reason we're indulging in this minor chicanery is that the pictures produced by Blackmagic's original cinema camera, in terms of their colorimetry and dynamic range, offer a price-performance ratio that's effectively unmatched in a low-cost camera. There's a noticeable degree of rolling shutter, so the camera won't suit people interested in a high-octane handheld look or extensive use of (unsynchronised) stroboscopic lighting effects, but otherwise, the performance of the sensor in Blackmagic's first camera is stupendous. The sensor is mid-sized, not quite small enough to allow the use of lenses intended for Super-16mm cameras, and the camera comes in either EF or micro four-thirds mount. It's also the highest-resolution camera here, exceeding HD with its 2.5K recordings.

Viewfinding from a fixed touchscreen is less than ideal, but the biggest problem is that the internal battery is fixed and limited in endurance, especially now that many of them are likely to be several years old. With the touchscreen at the back, rigging the Cinema Camera for external power on rods is awkward. Still, with built-in ProRes and raw recording, it's a compact and all-in-one device that probably has the best absolute imaging performance of anything here. 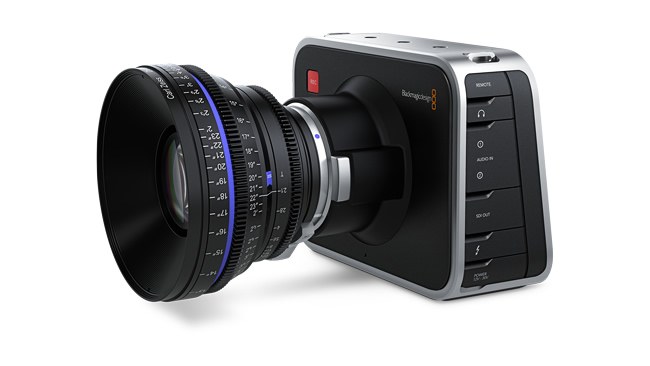 There are many good video-capable DSLRs beneath £1000, and we won't list them all here. If you need to go really cheap, however, consider the Canon EOS-50D. It's probably the only thing that isn't a video camera that's ever been turned into a video camera by a software change. Originally shipped with a live-view feature, the third-party Magic Lantern firmware allows the 50D to make  video recordings to its internal flash card (various modes are possible, some of which suffer quite severe aliasing and others don't.) Users should be comfortable with third-party software, but there has been no avalanche of complaints.

Mosaic Engineering make an insertable antialiasing filter, the VAF-50D ($300 new, less used) which solves the aliasing problem. The resulting pictures are soft, but it is a large-sensor Canon camera and the subjective impression is very good. The biggest problem is the complete lack of any audio capability (it was never intended to shoot video at all, remember), though that's easily-enough added with a cheap external recorder and a bit of sycing in post.

Modern cameras contain few or no moving parts and don't go bad, but if you'd rather not buy used, there are new options at prices similar to those we've discussed here. Blackmagic's Pocket Cinema Camera is widely admired, and it does have a small enough sensor to use Super-16mm lenses. People yearning for a GH5 might look at the G7, which has considerable video capability of its own, or look at the the Sony a6300 instead of an A7S.

Either way, it's certainly possible to own a camera capable of respectable results at a price that makes the culture of free a little easier to stomach.