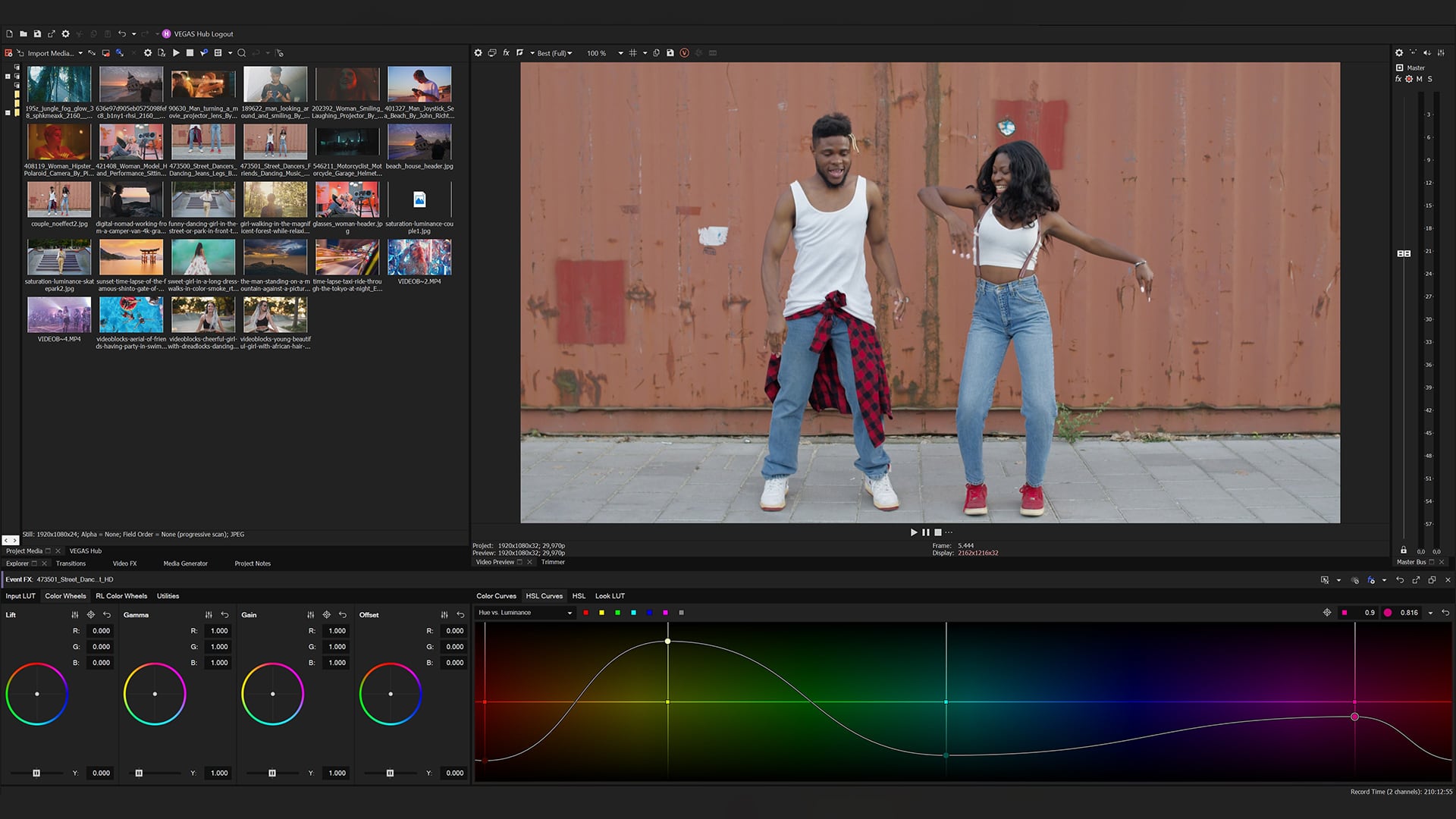 With the latest update to VEGAS Pro 20, the software adds the powerful ONNX Runtime AI alongside a brace of new features.

VEGAS Pro 20 arrives free to subscribers and brings with it a while host of new goodies. The new ONNX Runtime AI engine probably heads the list, allowing the software to make better use of the GPU power from a wider range of graphics cards, resulting in significantly faster processing of AI functions in the VEGAS Pro workflow. But that’s not the only trick in what[s a substantial update that also adds a number of new features including additional advanced color curves that enable VEGAS Pro editors to dial in with even more precise control of their color workflows, as well as a number of new workflow features and enhancements that improve efficiencies and collaboration directly on the timeline.

The update is free for anyone who already owns version 20 or subscribes to the VEGAS 365 program.

So, what’s new? Here’s the list supplied by the VEGAS team:

It’s also worth pointing out that there’s a new color grading workflow through the Color Grading panel, with three powerful new color curves:

Hue vs Luminance: This curve enables users to define a hue or the average of a range of hues in their video, and then adjust the luminance of just that color. This enables VEGAS Pro editors to control Luminance levels that range from the entire video to very targeted areas of the video based on selected hue. For example, users can sample a range of blues and then increase the luminance to make those blues brighter.

Pricing is as was before, and starts with VEGAS Edit at $12.99/month or $249 for a perpetual license.