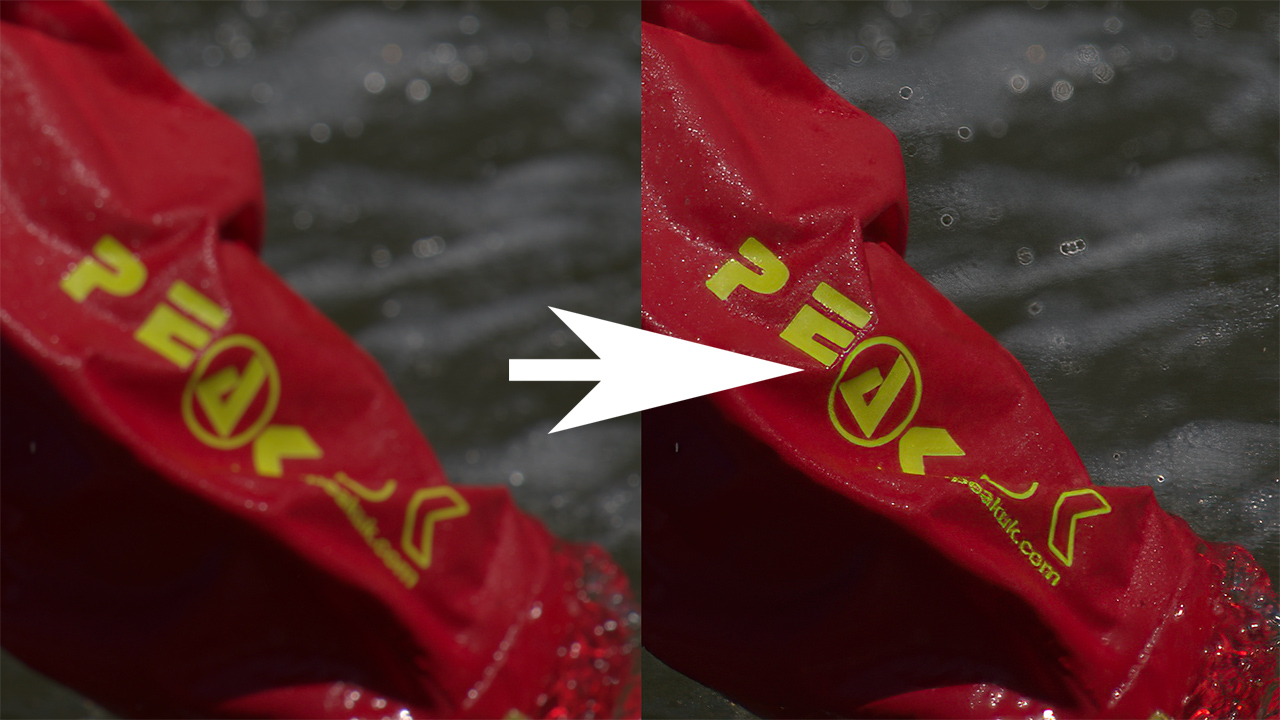 2 minute read
Topaz Labs Sharpen AI at work. Notice the how the small unreadable text has been recovered perfectly.

Is it really possible to recover an out of focus image? Topaz Labs Sharpen AI is one piece of software that really does seem to perform Voodoo!

There’s some irony in the idea that a focus-recovery tool might fail most noticeably on parts of the image which are supposed to be out of focus. Less benevolent commentators might contend that only incorrigible photo-nerds would care that there are parts of an image which are intended to be out of focus. Still, given major electronics companies have applied herculean efforts to simulating shallow depth of field on tiny-sensored cellphone cameras, a fuzzy background is a common desire and sharpening tools should be able to deal with it.

The software to which I'm referring is Topaz Labs’ Sharpen AI, which is described as creating “tack-sharp images that still look natural.” If true, that represents something that’s been a holy grail of digital image processing for about as long as there’s been digital image processing. So far, it’s been a fool’s errand: focus recovery applications have been drawing unimpressed sighs from imaging professionals for years. There have been exceptions; a long time ago, Adobe’s NAB features rundown enjoyed uproarious applause after demonstrating an algorithm designed to remove motion blur.

Ovations aside, anyone leaning a little closer to the screen might have noticed that the motion blur that was being removed had been created by two pronounced linear movements during the exposure. Those two linear movements were roughly at right-angles to one another, giving the algorithm exactly what it needed to perform a reasonably accurate deconvolution (look up kernels to understand why this works). For a more straightforward blur, caused by defocusing or by a single linear camera move, there are more solutions to the equations involved and so the approach works less well.

As the image which heads this article attests, that’s emphatically not a problem with Topaz’s software. We’re increasingly used to artificial intelligence achieving things that would get a colonial puritan put to death for dealing in the devil’s arts, but this is extreme. The thing can recover text that people can’t read, let alone isolate every drop of water then paint an appropriate glint on top.

Inevitably, it’s imperfect. In our demo image (provided by our editor, the estimable Simon Wyndham, whose arm features), and also in some of Topaz’s showcases, the AI tries to find detail in out-of-focus regions. That can at least turn some aperture silhouettes into sharp-looking doughnuts and might make natural focus falloff a little harsher than a real artisan might prefer. And of course, that amazingly well-recovered text isn’t quite as sharp as it would have been in a well-focussed photo, but good grief. It’s an AI and it has training data; there’s almost no end to the variety of things that Topaz might have used to train it, and therefore every chance that things might change.

There’s also the vexed question as to whether it is, in the terms of so many Siggraph presentations, temporally stable – if we apply it to a sequence of video frames, for instance, will it sharpen things up as we might hope, or will frame-to-frame inconsistencies produce a flickering mess? The two things tend to demand different decisions at the design stage.

Topaz Labs’ Sharpen AI is not the only shockingly effective bit of AI wizardry around at the moment, but it’ll be hard to shift the memory of it as one of those moments when all the lab demos, academic papers and research projects actually delivered something that was genuinely better than that which had come before.