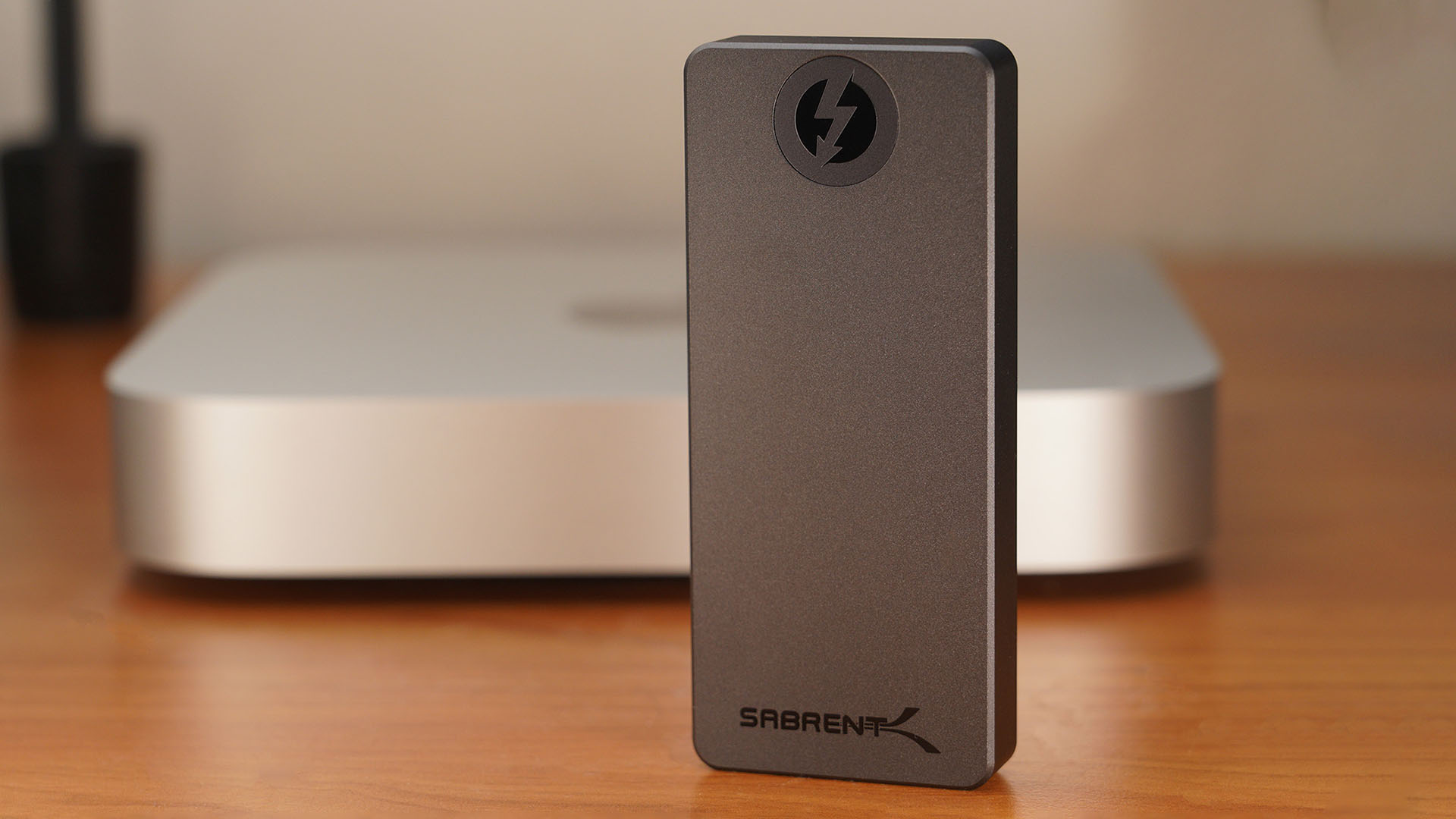 Sabrent has really been getting a name for itself in the SSD market in recent years - offering up several tiers of NVME drives at various capacities and combining that with a few different varieties of external enclosures.

On my desk over the last week or so has been its XTRM-Q, SSD a 4TB Rocket-Q NVME in an external aluminium enclosure. It offers fast speeds over both Thunderbolt 3 and USB 3.2 Gen 2x1, (don’t get me started on the nomenclature). On paper this means speeds to up to 2700MB/s over Thunderbolt and around 900 MB/s over USB as it has automatic detection of the connection type, though you do have to change over the cable manually.

As someone who works daily across both Mac and PC and always looking for fast portable data storage this drive has both.  Sabrent off a number of different capacities (500GB-8TB) and this one retails for £769.99, with a 5 year warranty if you register it.

In the box are the drive itself, a 62 cm Thunderbolt cable and a USB one measuring 44 cm, very useful lengths. The drive was also supplied with a silicone shockproof protector sleeve, designed to absorb bumps, with cut outs to reduce the thermal impact of the cover. All the tests below were carried out without the sleeve installed.

Like a lot of SSDs - especially with QLC NAND there is quite a lot of caching enabled. In this case up to 25% of the drive is used in SLC mode which enables faster writes, only when this is filled - or the writes have been finished does this get transferred to the main QLC. In practice this means that on a 4TB drive and if you are working with files of less than 256GB, then you won’t see a slow down until the cache is filled. The drive can get very warm though - the attractive grey aluminium enclosure takes care of all the heat dissipation duties although the drive is deigned not to overheat with integrated temperature and health monitoring.

The test material consisted of a mixture of large and small video files and smaller photos totalling 1.01TB. In this test, initial speeds were a swift 1.5GB/s and after about 3 minutes when the SLC cache was filled the drive slowed. The rest of the transfer varied between 108 - 250MB/s for most of the remaining time, with occasional higher peaks.

Over USB on a PC I found the 900MB/s figure to be accurate, sometimes reaching around 930MB/s, again before the cache limitation was reached.

In these large file copies I saw temperatures of up to 52 °C (30°C over ambient) something to be aware of if you’re thinking of handling the drive immediately after using it, although the silicone cover will help here.

Turning to BlackMagic’s Disk Speed test I saw speeds of around 2.8-3 GB/s (with 30 runs) but in the real world tests I couldn’t achieve that rate even copying from the internal SSD of the Mac. 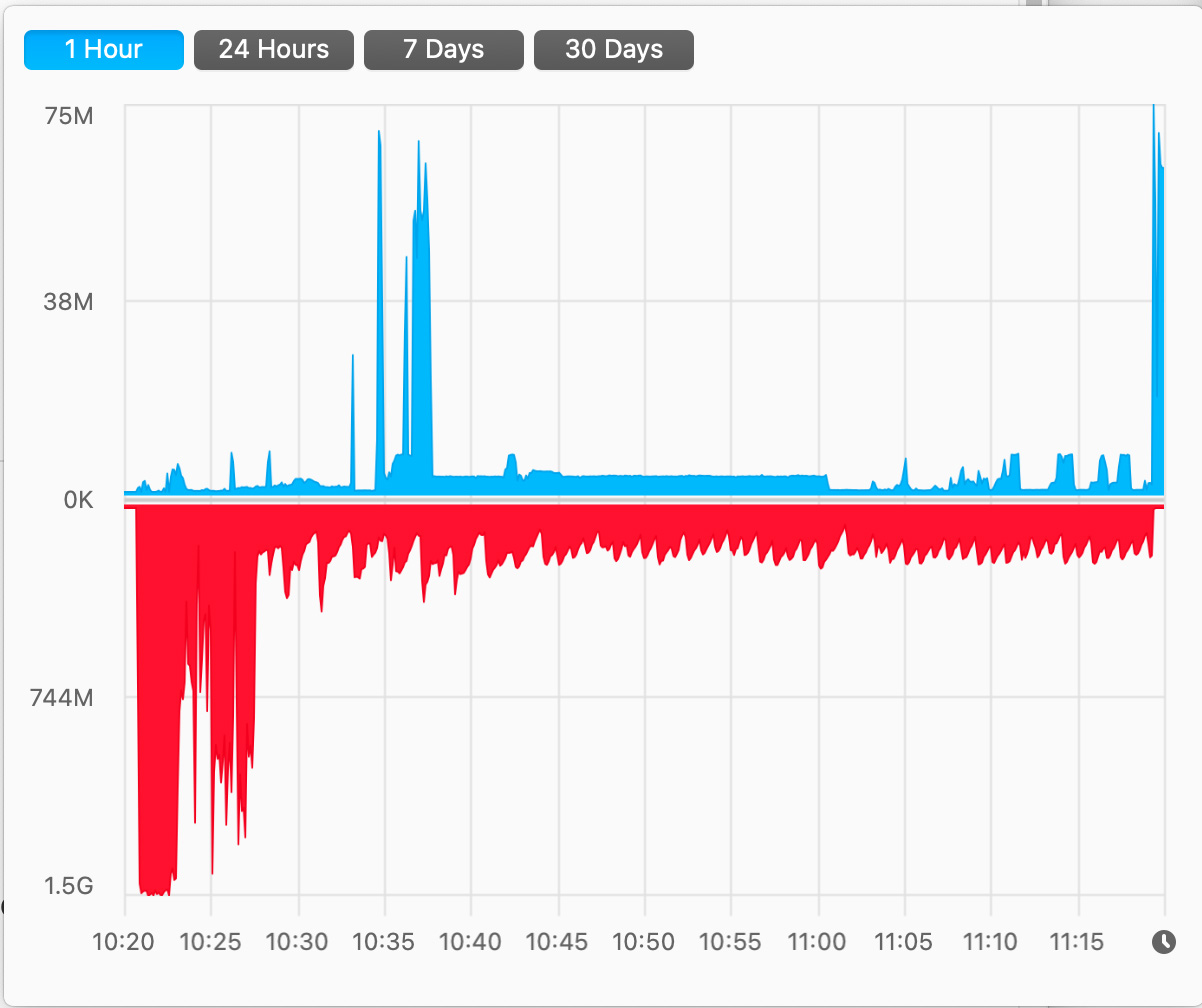 One point to mention is that the SSD inside is not meant to be user replaceable, there’s no easy way in to the case and no visible screw. You may be tempted to peel away the rubber feet to gain access but I think you’ll find the way in is under the Thunderbolt Logo. I haven’t tried it yet but it looks like the place to start according to the exploded diagram.

Due to how the drive works, it’s probably best suited to medium size file copying - where it can happily achieve around 1.5 GB/s over Thunderbolt 3. In my workflow it will be used it when moving large amounts of data between Mac and PC and when rendering.

The key selling point here is that this drive can fulfil its duties via a Thunderbolt 3 or USB connection by simply swapping the cable. There is a compromise with regards to absolute speed over both connections but it’s one I’m happy to take for the convenience.