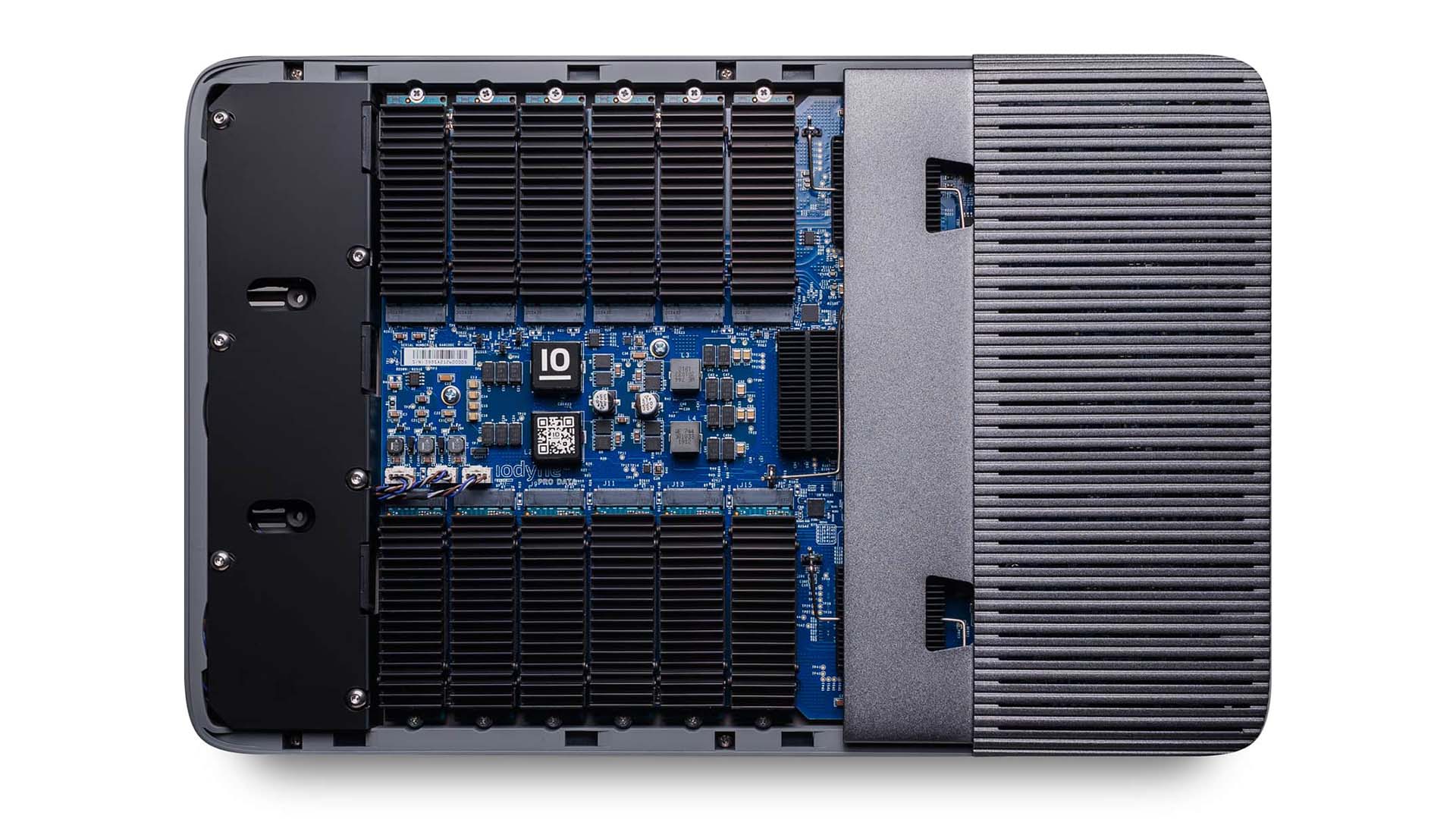 It's a bold claim, but at a possible 5GB/s via combined Thunderbolt ports, the iodyne Pro Data would appear to be seriously fast.

The iodyne Pro Data features eight Thunderbolt 3 ports, with four upstream ports for connecting to computers, and four downstream for daisy chaining devices such as monitors. Up to 6 devices can apparently be daisy-chained per Thunderbolt port pair, whilst multiple daisy-chains can be created on computers that provide more than one Thunderbolt host port.

The blistering speeds that the Pro Data is capable of is down to the unique way that it can combine the bandwidth of multiple Thunderbolt ports from your computer. The multiple upstream ports on the Pro Data itself ensures that you aren't restricting yourself in terms of connectivity by using up the ports on your computer.

The system is available in 12TB or 24TB configurations, but it can be expanded up to 575TB by daisy chaining multiple Pro Data devices. Power is via a 180W power adaptor. The system contains a whopping 12 NVMe SSDs providing the lightning speeds in a RAID6 configuration by default.

The design is thoughtful, allowing for laptop style portability. The Pro Data can either be laid flat on a surface, or placed within a vertical dock.

The self repair aspect is particularly interesting, with everything from the fans to the memory cache can be replaced and upgraded. Furthermore, with iodyne Cloud and Telemetry service, the company can automatically dispatch a replacement SSD if the system reports that there is a problem. No customer data is sent or retrieved from the drive itself in order to do this. A native macOS app is included to allow monitoring of the health of the system from the user's end.

From what we can see the Pro Data looks to be an incredibly well thought out system. It isn't cheap, but then this is a device designed for use by people who are serious about critical location storage. The upgradability and repair aspect is something we wish, and hope that other manufacturers will take into account for their own device designs in the future.

The iodyne Pro Data cost USD$3950 for the 12TB config or USD$7500 for the 24TB version, and in three colour ways. Find out more on the iodyne website.