New Intel chip could accelerate the advent of quantum computing 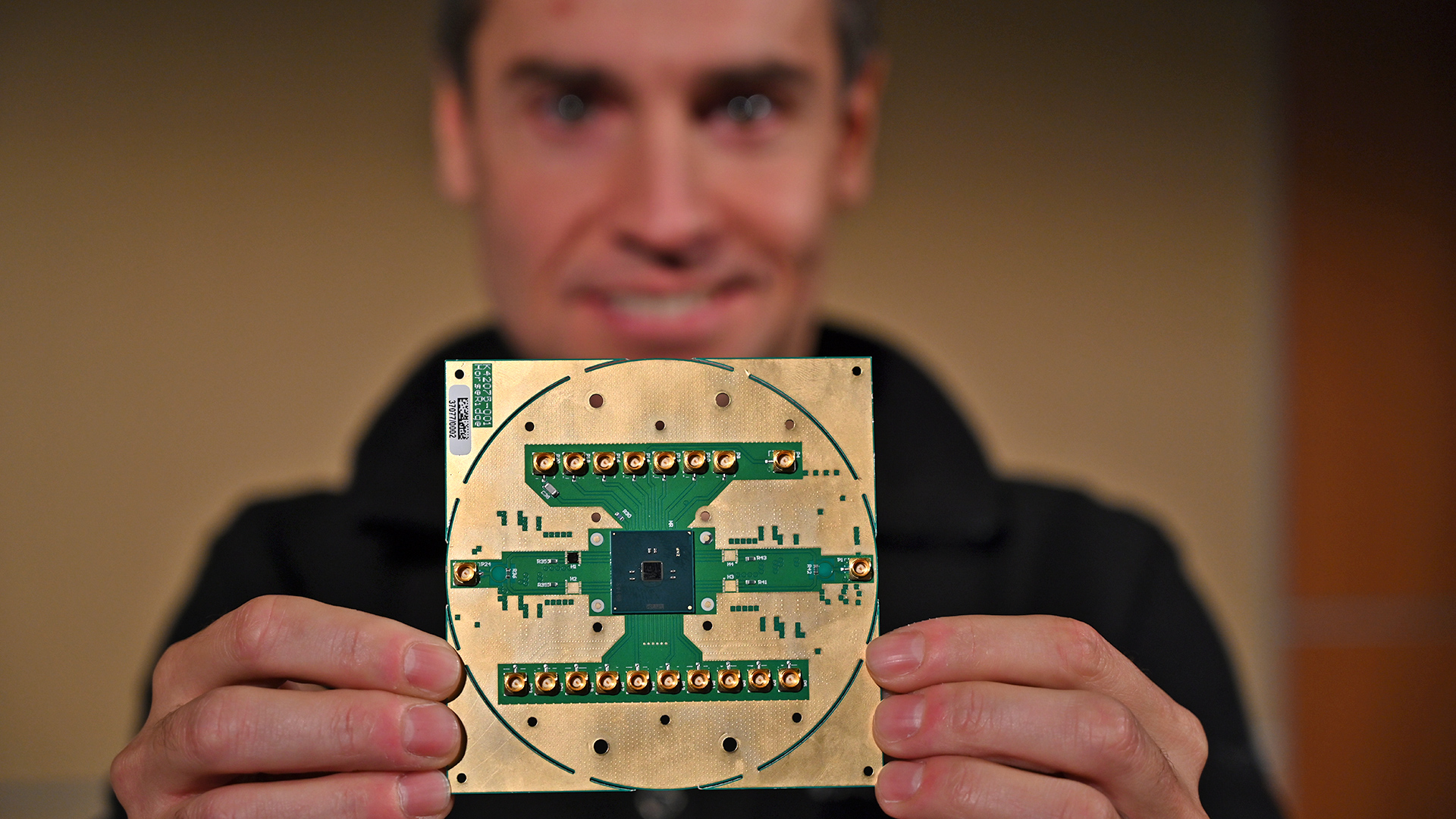 The marathon to achieve the promise of quantum computers has edged a few steps forward as Intel unveils a new chip capable, it believes, of accelerating the process.

Called ‘Horse Ridge’ and named after one of the coldest places in Oregon, the system-on-chip can control a total of 128 qubits (quantum bits) – which is more than double the number of qubits Intel heralded in its Tangle Lake test chip in early 2018.

While companies like IBM and Microsoft have been leapfrogging each other with systems capable of handling ever greater qubits the breakthrough in this case appears to be an ability to lead to more efficient quantum computers by allowing one chip to handle more tasks. It is therefore a step toward moving quantum computing from the lab and into real commercial viability.

To recap why this is important let’s take it for read that Quantum computing has the potential to tackle problems conventional computers can’t by leveraging a phenomena of quantum physics: that Qubits can exist in multiple states simultaneously. As a result, they are able to conduct a large number of calculations at the same time.

This can dramatically speed up complex problem-solving – from years to a matter of minutes. But in order for these qubits to do their jobs, hundreds of connective wires have to be strung into and out of the cryogenic refrigerator where quantum computing occurs (at temperatures colder than deep space).

Researchers outlined the capability of Horse Ridge in a paper presented at the 2020 International Solid-State Circuits Conference in San Francisco and co-written by collaborators at Dutch institute QuTech.

The integrated SoC design is described as being implemented using Intel’s 22nm FFL (FinFET Low Power) CMOS technology and integrates four radio frequency channels into a single device. Each channel is able to control up to 32 qubits leveraging ‘frequency multiplexing’ – a technique that divides the total bandwidth available into a series of non-overlapping frequency bands, each of which is used to carry a separate signal.

With these four channels, Horse Ridge can potentially control up to 128 qubits with a single device, substantially reducing the number of cables and rack instrumentations previously required.

Giving with one hand, taking with the other

The paper goes on to argue that increases in qubit count trigger other issues that challenge the capacity and operation of the quantum system. One such potential impact is a decline in qubit fidelity and performance. In developing Horse Ridge, Intel optimised the multiplexing technology that enables the system to scale and reduce errors from ‘crosstalk’ among qubits.

“While developing control systems isn’t, evidently, as hype-worthy as the increase in qubit count has been, it is a necessity,” says Jim Clarke, director of quantum hardware, Intel Labs. “Horse Ridge could take quantum practicality to the finish line much faster than is currently possible. By systematically working to scale to thousands of qubits required for quantum practicality, we’re continuing to make steady progress toward making commercially viable quantum computing a reality in our future.”

Intel’s own research suggests it will most likely take at least thousands of qubits working reliably together before the first practical problems can be solved via quantum computing. Other estimates suggest it will require at least one million qubits.

Intel is exploring silicon spin qubits, which have the potential to operate at temperatures as ‘high’ as 1 kelvin. This research paves the way for integrating silicon spin qubit devices and the cryogenic controls of Horse Ridge to create a solution that delivers the qubits and controls in one package.

Quantum computer applications are thought to include drug development – high on the world’s list of priorities just now, logistics optimisation (that is, finding the most efficient way from any number of possible travel routes) and natural disaster prediction.