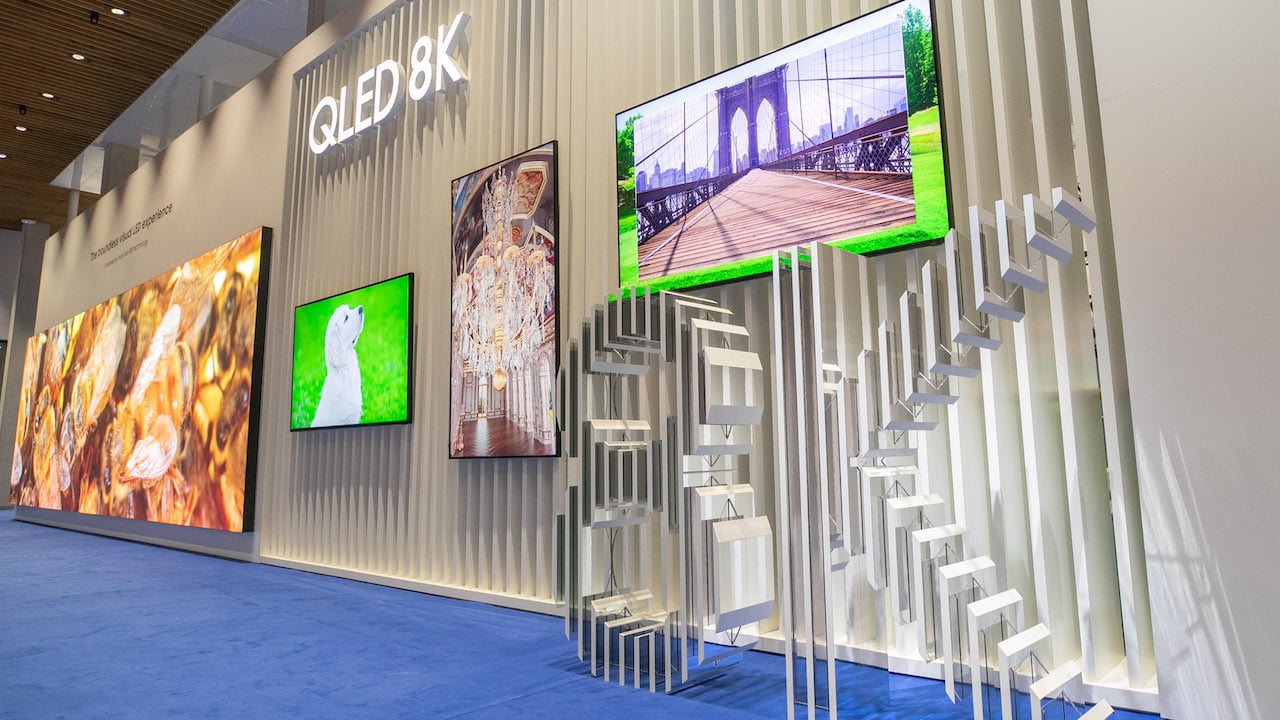 Samsung has taken its QLED 8K technology and ported it over into digital signage, plus it is also planning on releasing a 292-in version of The Wall before the Summer.

There was once a popular argument that 8K would never really take off for most use cases, but that its natural home was in digital signage. It’s almost enjoyably ironic in that context then to see Samsung port its QLED 8K technology from TV over to the signage market.

The new signage comes in one size, 82-inch, and features a lot of the same technology that the company is pioneering through its televisions; namely AI upscaling, enhanced black colour presentation via local dimming and what the company likes to refer to as Quantum Light Control, and a 4000 nit peak brightness picture which also supports HDR10+.

If 82 inches isn’t enough for you though, then there’s always The Wall, the company’s modular, microLED-based screen. Previously this had topped out at 219 inches at CES, but ISE saw the company unveil a 292-inch, 8K version. That’s 7.42 metres, which is the sort of dimension that prompts otherwise level-headed people to use words like ‘ginormous’.

No idea as yet on pricing and availability, but we would estimate ‘a lot’ and ‘not much’ respectively. 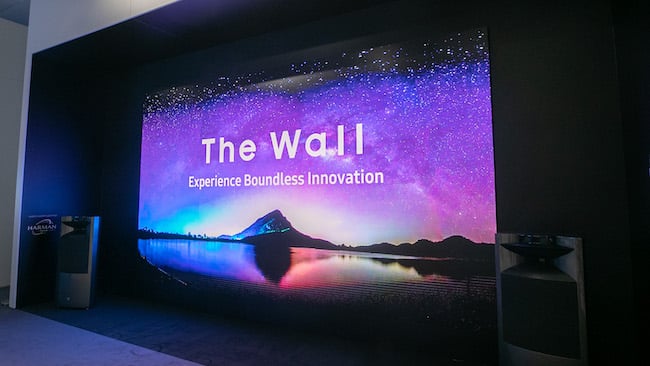