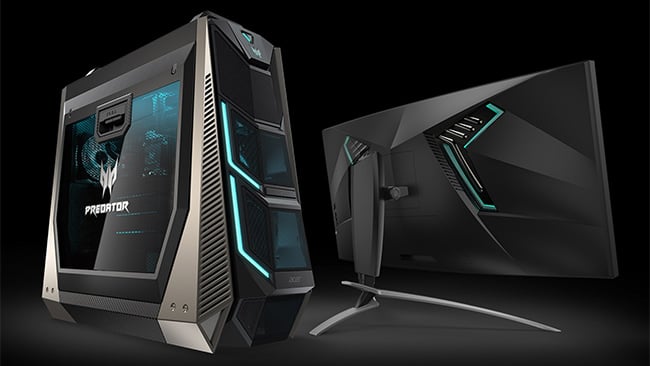 The new Predator Orion 9000: a lot of chassis and a lot of power

While ostensibly marketed as a gaming computer, Acer does also mention that its new 18-core processor and 4-way graphics desktop behemoth, the Predator Orion 9000, also works as an 'extreme platform' for content creation too.

Released at the annual tech jamboree that is IFA Berlin - a European CES, essentially - the Predator is almost ludicrously powerful, though exhibits nowhere near the degree of jaw-dropping insanity that is the province of the company's $9000 Predator 21 X laptop. Indeed, at a list price that starts at $1999 it almost seems positively restrained in comparison.

That's not to say you don't get plenty of performance for the money, however. The Orion 9000 is one of the first models to launch onto the market featuring Intel's Core i9 Extreme Edition processor, featuring 18 cores and 36 threads, and also one of the first OEMs to bring the Radeon RX Vega graphics card to a desktop. That it can actually feature four of them (or two Nvidia GeForce GTX 1080Ti cards in SLI) just feels like the icing on a very fast and very powerful cake.

It's also a fairly arresting beast on the design front too. Acer is keen to point out that a lot of attention has been paid to cooling all that hardware, with liquid cooling and an airflow management system (dubbed Ice Tunnel 2.0) that subdivides the Predator's innards into several thermal zones, each of which has an individual airflow tunnel to expel heat. Add that to the optional five 120mm fans dotted throughout the chassis, all of which can be tricked out with RGB lighting, and you have a machine which aims to be cool in all senses of the word.

It's also heavy, which means that the two handles and the wheels that Acer has added to the bottom of the chassis are going to be useful for anyone looking to move it about at all. Though if you pair it up with the as yet unpriced Predator X35 gaming monitor (below), which provides a 35-inch, 21:9, 1800R curve and a 3440 x 1440 resolution that also covers 90% of the DCI-P3 colour standard, why you would want to move it, or indeed yourself, anywhere defeats us. 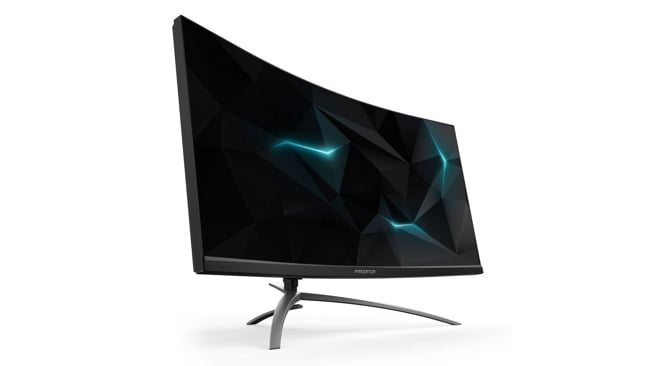