RED helps NASA go live in 4K from the ISS 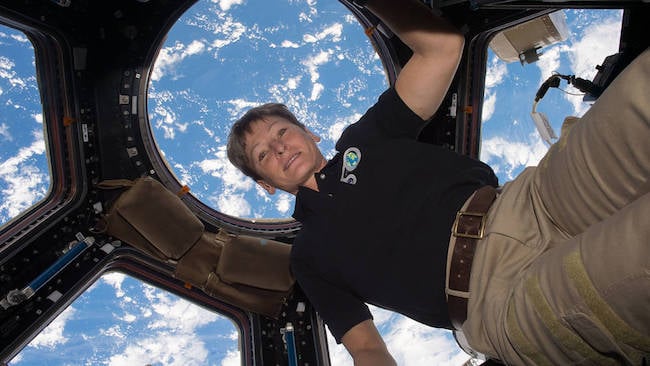 The incomparable Peggy Whitson: Coming to you live from space in Ultra HD later today

Later today one of the latest milestones in space broadcasting is going to be reached and breached as ISS Expedition 51 Commander, Peggy Whitson, speaks live from the ISS in 4K using a RED Epic Dragon.

First off the link. The broadcast will take place at 1:30 p.m. EDT on Wednesday, April 26 and you can watch Amazon Web services’ stream of the event at https://live.awsevents.com/nasa4k. Lower res versions of the event will be available on NASA Television, NASA’s Facebook page and the agency’s website.

The event is being produced via the RED camera and a UHD-capable video encoder from AWS Elemental, both of which were delivered to the station aboard a Japanese cargo craft in December 2016.

This, of course, is not the first time an Epic Dragon has been in orbit following the Space Act Agreement NASA and RED signed in 2015.

"Using the RED EPIC DRAGON cameras on board the International Space Station for more than two years has helped NASA capture stunning imagery in 6K,” commented NASA’s Imagery Expert Program Manager, Rodney Grubbs. “Now, we’re looking forward to downlinking live 4K out of the camera from the space station for the first time ever. This opens up a whole new chapter in live broadcasting from the space station, providing a powerful new tool to support science and research. NASA also is excited about using this technology to provide the rest of us here on Earth a way to experience life and work on the world’s only orbiting laboratory in greater detail than ever before.”