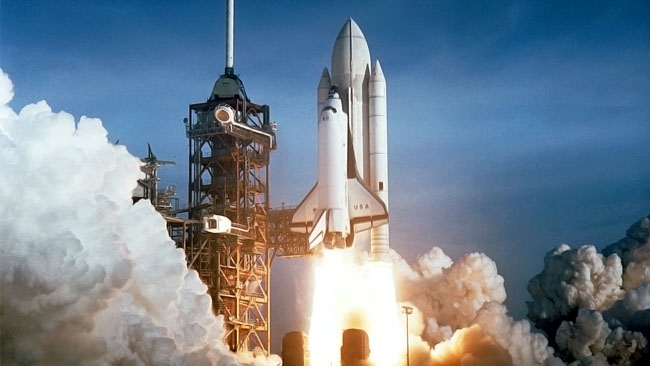 Hydrogen fuel cells for use by film professionals?

We explore the topic of hydrogen fuel cells and discover that there are significant hurdles that must be cleared before it makes sense for use on film sets (and most other places).

As we heard in Staff's recent musings on the subject of the Consumer Entertainment Show in Las Vegas, someone's proposing a drone powered by a hydrogen fuel cell, in order to achieve longer flight times and faster refuelling.

For the specific purpose of a drone, fuel cells can look good. They are almost completely silent, unlike the reciprocating internal combustion engines that are common on small, unmanned aircraft. Drones aren't silent anyway, of course, but fuel cell technology refuels quickly, too, avoiding the sad fact that even the best current battery takes well over an hour to fill. So, this is all sounding pretty good. Space-age technology to the rescue – why aren't we powering our laptops and cameras from hydrogen fuel cells? Well, it's been tried, several times, and has never done well.

The debate is had often in the world of cars, where hydrogen can look great on paper but iffy in reality. Real-world fuel cells are often not that much better than the very best high-compression (that is, diesel) internal combustion engines, at least in terms of total thermodynamic efficiency. Creating, transporting and retailing hydrogen is difficult and expensive and, in terms of environmental impact, may approach the carbon dioxide load of normal hydrocarbon road fuels. Creating it requires lots of energy in itself and various approaches to storage (compression, chemical bonding, and so on) are also energy-hungry. Hydrogen is a worse battery than most batteries.

Some fuel-cell problems that apply to cars are less of an issue for the sort of portable electronics we're talking about. Power systems for film and TV have been an environmental nightmare for a while, with lead-acid and nickel-cadmium batteries still widely used. Both lead and cadmium are serious environmental pollutants. There is a significant problem with the sheer amount of lithium that would be required to build enough lithium-ion cells to electrify all of the world's extant cars (although the same goes for platinum and fuel cell electric cars). But that isn't really why people keep positing fuel cells for this sort of application.

From spec to market?

On paper, it looks good – hydrogen contains 142 megajoules of energy per kilo, so for the price of carrying just over 2.2 pounds of hydrogen, you might (in theory) have access to nearly 40 kilowatt-hours of juice, representative of many dozens of camera (or drone) batteries. But the tank to contain a kilo of hydrogen will weigh a lot more than a kilo. Hydrogen isn't very dense, even as a liquid. It's a famous fact that there's more hydrogen atoms in a gallon of petrol than there are in a gallon of liquid hydrogen and no practical portable electronic device stores hydrogen as a liquid anyway. It's impractical. Real portable fuel cells tend to store hydrogen as hydrides, in the form of a solid powder often based on a metal, which increases the energy density by volume, but usually ends up being heavier per kilojoule than, say, diesel.

Even then, converting the hydrogen to electricity is difficult. The efficiency of a hydrogen fuel cell is perhaps a bit more than 50%, but these theoretical numbers have historically been very difficult to put into practice, at least for a reasonable price. Hydrogen camera power supplies have been tried and recently a product called Upp, designed to work as a USB phone charger, was put on the market. At £150 to buy, about the size of a bulky flashlight and with refills – if you could find them – costing £6 apiece for something capable of charging a phone perhaps three times, it was clearly a nonstarter.

Similar stories have applied to other, similar products. If the drone power people have made any significant gains on the price-performance front, as well as the issue of making hydrogen fuel available at retail, the technology may be interesting for applications beyond its intent. It's also possible to make fuel cells that run on much less difficult fuels, such as butane, although at least one company has gone under while trying to bring it to market. Otherwise, fuel cell technology might remain best applied to circumstances under which lots of hydrogen is already available.