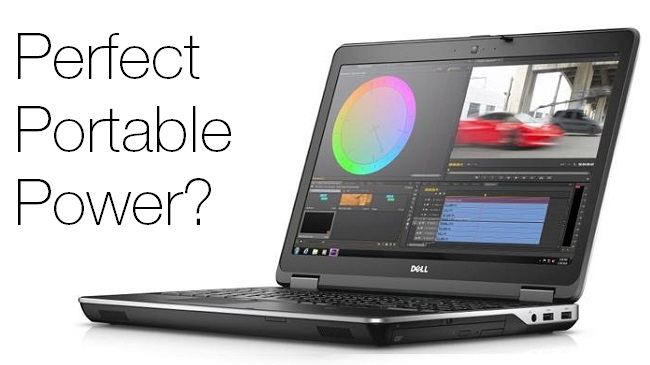 As a Video Editor I need a computer that is fast enough to deal with all the post production software that I use.  Could Dell's low-cost Precision M2800 be the answer?

Dell make a huge range of laptops, from skinny 11" traveller's clamshels to 18" Alienware monsters for gamers, but they also make a range of Mobile Workstations aimed at professional users in scientific, engineering and media creation, which pack usable power into a portable package.

A lot of these Mobile Workstations are fairly expensive, but now Dell ha released the Precision M2800 Mobile Workstation which provides portable prowess for a penny pinching price. I've been testing one as an editing and grading workstation and I'm very satisfied with the performance from such a small package.

The Precision M2800 has a good solid feel to it; it's not the lightest laptop in the world at 5.6 pounds (6.6 pounds with the optional 9 cell battery pack) but it is strong enough to pass US Military standards. I wouldn't want to carry it around all day but I'm happy to take it to a client or on location.

It has a clean stylish look with a black rubberised wrist rest and a keyboard with a good solid action and a separate numeric section. The keyboard is spill resistant and the whole machine is protected against dust and dirt. There is a touchpad with buttons above and below and even a pointing stick for those who prefer it.

It can be configured with i5 or i7 processors from Intel and up to 16GB of DDR3 RAM. The test machine had an i7 processor running at 2.8Ghz and 8GB of RAM and was running 64-bit Windows 7 Professional (which is standard rather than Windows 8 - a decision I approve of).

The 15.6" Ultrasharp display is available with a resolution of 1920 x 1080 so is perfect for showing HD material. It is clear and bright and is driven by an AMD FirePro W4170M GPU with 2GB GDDR5 memory. The GPU supports OpenCL acceleration of a wide variety software packages including those from Adobe and DaVinci Resolve. 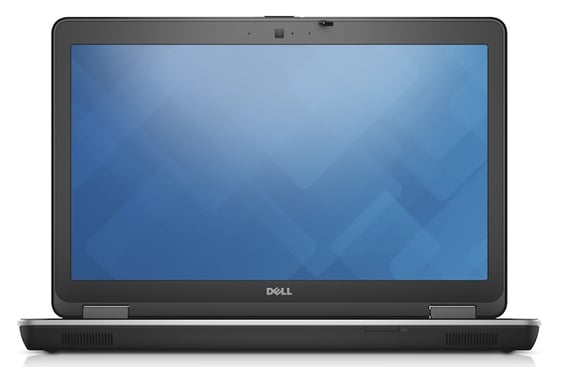 The M2800 has 4 USB3 ports for connecting external storage and I/O, and it also has Bluetooth 4 which can work with low power Bluetooth peripherals. There's a built in SD card reader as well. There is also a DVD-RW drive and an HD Webcam built into the display surround, an HDMI port for an external display (but also a trusty VGA connector as well), and it even features Intel's Wireless Display technology WiDi, which can send your display to a compatible Wireless Display within range.

Network connectivity is taken care of by a Gigabit Ethernet connection but also by Dual Band 802.11 AC Wireless Networking which allows up to 866MBps over WiFi. It also has the option of a Mobile Broadband card which would give up to 42Mbps connections in suitable locations.

Security is a consideration for any portable device which may fall into the wrong hands and Dell takes this very seriously. Their data protection package allows encryption of your data and log-on using a contactless smartcard, ensuring nobody can access your data without your permission.

Battery life is good and the option of a 9 Cell Battery pack adds roughly 50% to the standard running time, I managed to get four hours out of it even under pretty heavy load. The laptop is quiet even when rendering and never got too hot, something that could not be said for some other laptops I have used.

Overall I was very impressed with the performance of the Precision M2800. Boot up time was incredibly fast thanks to the SSD and it was snappy at all times running various software packages. For me it certainly lived up to the "Mobile Workstation" classification. I would be happy to use this as a portable machine for editing and grading.

The price starts at just $1079, with the specification I tested coming in at $1740 at Dell's current prices. Personally I think that is a very reasonable price compared to other machines on the market, especially as it includes a three year next business day warranty, and I would definitely give this machine my recommendation.