REDRAY is real. Pictures are stunning 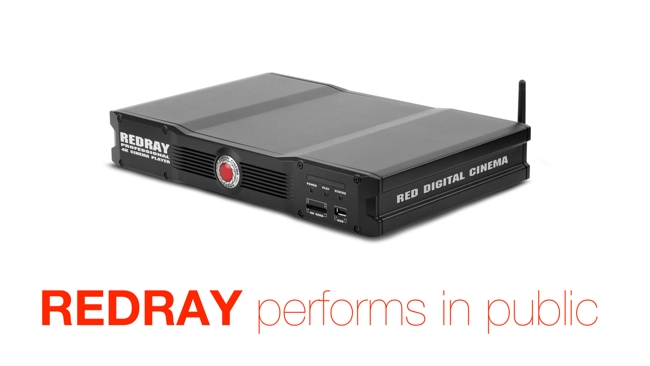 REDRAY promises high quality 4K delivery and even streaming, and for the first time, we've seen the results

Uncompressed 4K video data takes up a lot of bandwidth. You'd have to have a pretty unimaginably fast broadband connection to stream it. Of course, no-one would actually try to do that; no-one streams uncompressed video of any type.

Red has tackled this issue head-on with their REDRAY player and their ODEMAX Ecosystem, which is not available yet but which we're assured is in development.

But we have now seen the REDRAY player in action, playing 4K video, encoded to RED's own codec to a 20 MBit/s stream. This is a heavy amount of compression.

We saw 4K video playing on a Samsung 4K screen: the one that costs the same as a mid-range Audi. And it looked fantastic. Of course the footage was chosen to highlight the sharpness and detail but no lower-resolution system could have reproduced these images so completely.

And I don't know if it was deliberate, but one of the best indications that a product release is imminent is that it comes with retail packaging. We saw a pile of REDRAY boxes on the floor of the RED booth at NAB.

Make of that whatever you like, but count us as impressed.