Replay: The filters you put in front of a camera, or which you use in your NLE are important enough. But none of them is as powerful as what you can do with your own mind. And you might not even realise you're doing it 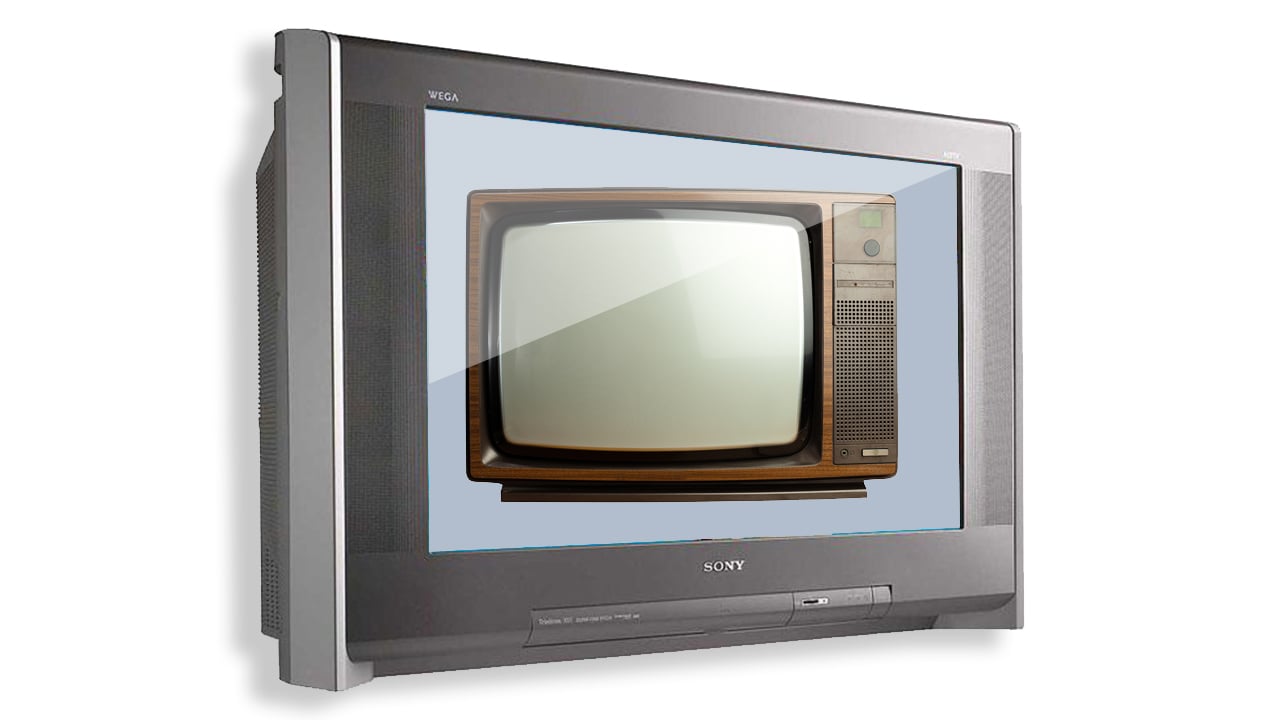 For all the talk about resolution, dynamic range and colour gamut, there is a factor that’s arguably more important than all of these in determining our impression of an image, whether it’s still or moving.

This is a big subject and I don’t want to make this article too deep or hard to digest, so I’m going to give you two simple examples and then ask you if you can think of any more.

Remember when those “FST” TVs came out in - I guess in the 90s? These were CRT televisions that had what was in those days a remarkable feature, which was that the front of the screen was very nearly completely flat. The edges were straight too. Hence the letters “FST” stood for “Flatter, Squarer Tube”.

But it was still definitely a CRT. “Flat” didn’t really mean “flat” in the sense of being shallow from front to back. Far from it. These TVs stuck out at the rear as much or more than previous types of sets.

Nevertheless, the flatness of the front of the screen was a thing to behold, and for quite some time, a strange thing to see, too.

Because the new screens played tricks with your perception. A surprising thing happened when you looked at these tubes for the first time. For some reason, rather than looking flat, they actually appeared to be convex: hollowed out, slightly, but definitely. It was almost like a retrograde step.

But a simple application of a wooden ruler to the front of the screen proved that it was indeed flat. This was odd. Reason and empirical science said one thing; cognition said something else.

But there was a reason for this. A very good one.

It’s easy to forget that only two decades ago, we were conditioned to watching TV on CRT screens. Until FST displays, these had rounded edges and convex surfaces. It was easier to make them like this because the curve of the screen – to some extent – followed the angle of the electron beam projected towards it. And it was also very difficult to make what is essentially an evacuated glass bulb have square edges. CRTs are always under stress because of the internal vacuum and sharp edges tend to concentrate stress at those edges. It’s an engineering problem that FST displays managed to solve.

But until the new screens came out, all of us watched TV on a convex device.

And yet, it didn’t look like that. I don’t remember ever thinking that a TV program would look better if the geometry was different. But I didn’t need to think that, because my perception invoked a geometry-correcting filter equal to cancelling out the distortion caused by the convex shape of the screens.

This worked so well that nobody noticed it.

Until they saw their first FST screen. At which point, they continued to use the corrective filter, even though there was no need for it. With the consequence that FST screens often looked concave. That’s the power of the mind.

This effect was real and pervasive. Some screens even allowed you to distort the picture to counteract the filter in the mind, to make the screens look flat again. It was all very odd.

But odder still than that was that - and not many people were able to do this at the time - if you put a genuine flat display (they were all plasma at the time and still not completely flat - they were around six inches deep, but the screen itself was flat) right next to an FST screen, the FST still looked concave but the plasma never did.

I believe that these mental filters are so powerful that they are able to be modal and conditional as well. So, in the case of the plasma screens, you, the viewer, knew perfectly well that you were looking at a genuinely flat screen. So there was no need to invoke the filter. But when you moved your eyes to look at the FST screen, you could see how far it stuck out at the back and that meant that the front of it must (according to your experiences) be convex. You would have to invoke the corrective filter - inappropriately - and that would make it look concave.

A few months ago I was looking at an 80” LCD 8K display. I was looking at 8K images straight out of the camera. These were aerial shots over New York. They looked incredible, but I was simply not prepared for the effect they would have on me.

What happened was that I felt like I was looking at a photographic transparency. The picture looked as clear and as detailed as if it were a photographic slide.

But slides can only show still pictures. It felt to me like I was looking at a still picture. Everything about it said to me that this image was so good it simply can’t be a moving one.

And yet it was. I could see the tiny people moving in the streets a thousand feet or more below the viewpoint of the camera.

But my brain kept telling me it was a still picture - despite the very clear evidence that it wasn’t. It actually made me feel quite odd.

This effect wore off very quickly and allowed me simply to marvel at the quality of the pictures. But it was real.

So that’s it. These are genuine, repeatable effects. Do you have any experience of them? Let me know in the comments below.