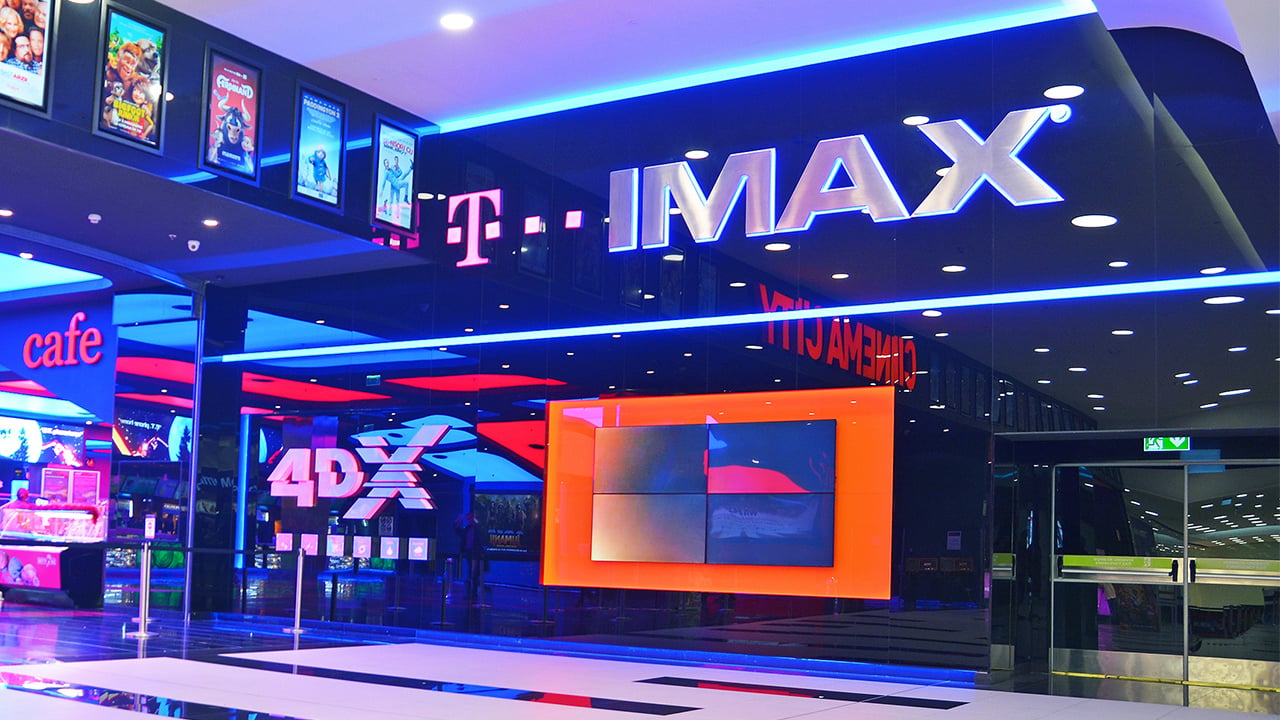 Cinema once offered the go-to experience for film viewers. Home viewing was simply not capable of matching the lure of the ultra-big screen. Today is different. Can cinema, and more to the point, systems such as IMAX, ever compete again in a world of Netflix and VR?

In the first part of this article, I looked at the rise of the widescreen cinema formats in the 1950s as a response to the threat of TV. However, big screens could not hold TV off and towards the end of the 20th century, cinema screens actually started getting smaller as picture palaces were replaced by multiplexes. Resolution was diminishing too – 65/70mm became increasingly rare and producers began to use 2-perf Techniscope (half the height of a standard 35mm frame) and occasionally 16mm and Super16.

It is worth asking why go wider rather than higher? One answer is that our field of vision is wider than it is high and, moreover, if you have a really huge screen it is more comfortable to look to the side than up and down. But, more practically, it was physically easier to increase the width than the height of most cinema screens. There is no general answer to the question what is the best or more natural aspect ratio? A ‘scope' screen is great for landscapes and vistas but it is generally regarded too wide for many uses, it is certainly wider than the canvas most artists or photographers would choose. The 1.85:1 of contemporary cinema or the 16:9 of widescreen video (which, at 1.78:1, does not correspond, unfortunately, to any standard cinema format) seem a reasonable compromise. More to the point, perhaps we’ve just got used to it, now the 4:3 frame just seems awkwardly square.

But not all large screen systems have gone for width rather than height – IMAX, with a ratio of 1.43:1, being the major exception and necessitating custom-designed cinemas. IMAX, which debuted in 1970, uses 65mm film but runs it sideways, resulting in a frame three times the resolution of a standard 35mm frame. This huge, almost postcard-size frame, along with a very stable fixed register pin system (a rolling loop of film flips on and off these pins) produces a fantastic image. Sadly, true film-based IMAX is now only available in a minority of IMAX cinemas ( three out of 43 UK IMAX screens, 88 out of 430 US screens, one out of five Australian screens), being replaced by Digital IMAX that uses two superimposed 2K projectors and an aspect ratio of 1.9:1.

Do two 2K projectors create a better image than one 4K? To be honest, I have no idea, but they do have the advantage of being ready for 3D presentation. Digital IMAX is, in turn, being replaced by a dual 4K laser system. Although it is beyond the scope of this article (no pun intended).  IMAX, like most large-screen formats, also uses a very sophisticated multi-channel audio system – often an undervalued part of the cinema experience.

IMAX, clearly, is a screen format that is designed to be immersive – an IMAX screen dominates your field of vision. Even more immersive 360º screens, like Disney’s Circle-Vision, have appeared at world fairs and theme parks. Circlorama was a British version of a Russian system that appeared at Piccadilly Circus in the 1960s using 11 projectors (initially 35mm, later 16mm) to create a true 360º picture. They also attempted, rather disastrously, to create another version of it at the end of Blackpool Pier (there’s a fascinating story about it in the link above). Like the first Cinerama movies, the films never got beyond being a demonstration of the system itself.

Sadly, some single-strip Cinerama systems also ended up as a sideshow at travelling fairs. This, perhaps, is the fate of any entertainment system that fails to get beyond its initial novelty appeal.

Can cinema ever compete again?

Cinema in the west is declining. Will it be able to revive itself and challenge TV once again with vast laser or LED HDR screens, superior sound systems, 3-D and gimmicks like motion simulators, or aroma systems, or has that boat long sailed? The investment needed to upgrade cinemas to a level way beyond what can now be achieved at home would be vast, and it is difficult to see how that investment would be returned. What Netflix, Amazon and the other streaming services have shown us with the addictive ‘box set’ series is that content is king. There may still be a place for the big roadshow or ‘event’ experience, but it will be as a special treat rather than the regular way we consume our entertainment. More to the point, the real threat to the big screen cinema experience is VR, which one day may give us a truly immersive experience way beyond the biggest screen.

The problem of the frame

And there is a problem here. Can a film shot for an immersive presentation that fills the field of vision also work in a smaller format? Those few who saw Dunkirk in true IMAX saw a completely different frame to those who saw it in 70mm or Digital Projection. Can you really compose a great frame that will work with radically different aspect ratios at the same time? A wall-size TV screen may be great for football matches or The Blue Planet II, but do we really want talking heads that size? The whole point of a huge, immersive screen is that it fills our field of vision and so what happens at the edge of the frame will be hardly seen – as in VR, it implies an entirely different concept of framing where the viewer chooses what part of the image they want to concentrate on.

And it gets more complicated; while screens in the living room may be getting bigger and bigger, increasingly, movies are being watched on phones, tablets and on planes. If wall-size, very high-resolution screens become commonplace, will it make sense to have different versions for different viewing contexts?

Perhaps there is a lesson to be learnt here. While immersive, big screens can create impressive experiences. We neither need nor want it for our day to day enjoyment of film, where most of the time we want to engage in a story rather than getting lost in the frame.