Some handy tips for your first live TV show 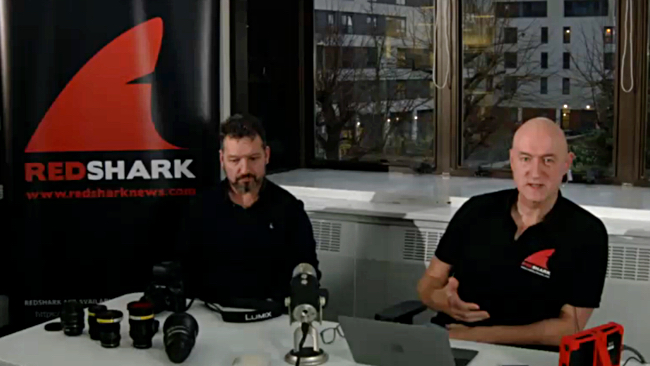 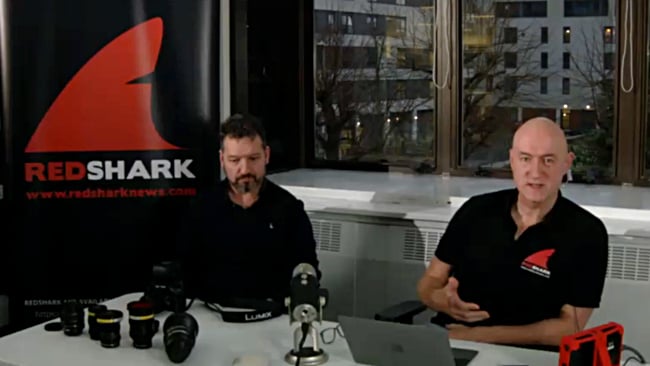 Not quite the 1080p we were aiming for

Last Friday, we staged our first live show. We wanted to tell you what we learned from it. Brief summary: a lot. There are reasons why so many jobs in broadcasting are highly skilled and considered mission critical.

It’s very clear to us here at RedShark that video content is increasingly important. That’s why we’re building up our resources to be able to make video quickly, routinely and — our favourite word right now — frictionlessly.

We have various options. We can always go to a professional studio, but that isn’t what we want to do, for several reasons. Mostly, we wanted to do it ourselves because we love the technology. But even more than this, we wanted to do it because it’s possible.

Think about it: with a few cameras, some lights, microphones, a computer and an internet connection, and if you have a subscription to a streaming service, you can mount a global broadcast. What could possibly go wrong?

Of course there’s no point in having a show if there’s nothing to talk about, and for our first one we had a really great subject - it was the first GH5 camera in the UK with expert Richard Payne. We also had Jason Diamond from New York talking about his amazing 8K VR rig. We only had confirmation that these guests were available between 24 hours and 48 hours in advance.

We only had the studio space (in reality it was a corner of our office) available for one day, so we had to start setting up in the morning and be finished by 4:00pm UK time, which we figured was a good slot: most of Europe was just finishing work and it would be around lunchtime in most of the US. There’s no perfect time for the rest of the world but it was always going to be available on-demand for those who couldn’t see it live.

We have done a few other live shows, but hosted by other people. For me, as the Editor-in-Chief of RedShark, it was important to know that we could do it ourselves, even if it was going to be a bit “experimental” for the first show.

You might wonder why we chose a live broadcast. There are in my view good reasons for this.

1) Authenticity. You can’t make things up on a live show. Not that we’d be inclined to do that anyway, but for people tuning in that don’t know us, it makes for a much more sincere connection with what we’re doing.

2) Interaction. A major part of our live shows will be having the audience send us questions and feedback while we’re on air.

3) When it’s done, it’s done. With videos we’ve made before, there’s been a lot of post production. That’s fine, but it’s always taken far too long. The reason it’s taken so long is because we want to make it as good as possible. But we’re not making feature films here, nor are we making documentaries for Discovery or National Geographic. These are topical shows that you watch and move on. With live production, when it’s done, the show’s finished, and you can start planning the next one, or more likely, go to the pub.

We want to quickly get to a position where we have everything set up so that we can stage a show at very short notice, and without having to figure everything out each time. The more we can do that, the easier it is to make the decision to do the show. In a sense, once the running order has been sorted, we want it to be almost as simple as turning on the lights.

So how did it turn out with our first live show?

Well, if you joined us, you know. In terms of the content and how we got through the show, it was OK. We had a great theme - mainly around the new GH5, and really good guests. But there were some aspects that didn’t go so well and which we will have to improve for next time.

1) Sound. We all know that it’s very easy to neglect sound or at least treat it as less important than vision. We managed to prove this by largely getting the sound wrong.

We had the best intentions. We had good equipment too. What we didn’t do was allow enough time to set it all up and test it properly. We found a Behringer mixing desk so that we could take the audio output from the NewTek TalkShow (a 1U rack box that allows you to make Skype calls and take the output over a network connection into a TriCaster) and feed it into our talkback earphones. It’s possible to do this without a mixer but we wanted some additional flexibility for some other stuff we were thinking about doing. Our radio Lavaliere mics were routed through the desk as well, and we also used PremiumBeat Quality Royalty Free Music to stitch it all together on the audio side.

Not only did we not have time to fully test this arrangement, but the mixer appeared to fail, minutes before the show. This was unhelpful but not half as unhelpful as our not realising that the desk wasn’t faulty at all, but had merely been switched off, via a previously unnoticed switch on the back that must have knocked against something. You may think this is incredibly unprofessional but with five minutes before going on air we made the decision that it was more important to get something working — anything! — rather than try to fix the mixer.

So while we were under the impression that the desk was broken, we rerouted the audio through the two Blackmagic Studio cameras, so that the audio would arrive in the TriCaster through the SDI outputs. This worked, but because we didn’t have any chance to set the levels properly, meant that the audio for the whole show was about 40dB lower than it should have been. Note that we have a TriCaster Mini which has HDMI rather than SDI, but we have two Blackmagic SDI to HDMI converters.

2) Lighting. This is always hard to get right. We do have some very good lights the lovely Zylight F8s, but making them look good in the corner of an office is challenging, especially when, again, we were running out of time. In the end, we got a reasonable result by bouncing the light off the ceiling and off a projector screen to the side. We forgot that our soft boxes were in our warehouse, and they definitely would have helped. (Our guest, had a handy pocket prism tool for testing the spectrum from the lights. He said they were "very good".

3) Camera placement. We simply got this wrong. One camera was a pretty good semi-wide shot that, to be honest, would have been fine if it was the only shot we had. The second was a close-up of our studio guest, but the guest moved away from the original position that we had intended. Not his fault — he wasn’t to know how the cameras were set up. The result was a very oddly framed shot that was ultimately rather pointless.

4) Planning. We now know that there is a very big difference between setting up when you know you have all the right stuff - including connectors, cables and equipment, and setting up when you merely “think” you have everything, and subsequently discover that a few crucial bits are missing. The more you have to improvise, the less predictable the outcome.

5) Stream quality. We were outputting a full HD signal, but what the viewers saw was much less than this. I was surprised because we have a very good broadband connection to our office. But the Livestream service is very clever and as far as I can tell thoroughly evaluates all the characteristics of your connection. For some reason there was an issue with our broadband and the software made the decision to downgrade the image rather than risk an outright outage. We will try to find out what aspect of our connection was problematic and see what we can do to fix it before next time. I’m very impressed with the Livestream service!

We plan to do at least one of these live shows per month, plus extra live material from trade shows around the world.

So, to make that happen smoothly, we have an action plan for the next one.

1) Allow much more time to set up.
2) Make sure we’ve got all the right cables and connectors well in advance
3)Make schematic diagrams of the set-up and test the actual rig against the schematics.
4) Have a technical rehearsal with enough time to test lighting, audio, camera positions.
5) Have a full rehearsal to iron out the running order and to uncover any unforeseen issues.

It’s all part of the lifelong learning process. We’re not short of video expertise at RedShark, but, like anyone, when you start putting on your own live shows, you can’t leave out the planning and rehearsal stages that everyone has to go through, and, above all, remember that with a live show, time is a perishable commodity.

If you want to see the show, you can go here to see a version on YouTube, taken from our original recording and with the sound improved by iZotope RX5, which, I have to say, in situations like this is a lifesaver, although of course we shouldn't have had to use it in the first place.

Footnote - none of this is intended to be critical of my colleagues who were involved in this, who did a superb job with limited time.