Sony shows HDR and HFR for live production and much more 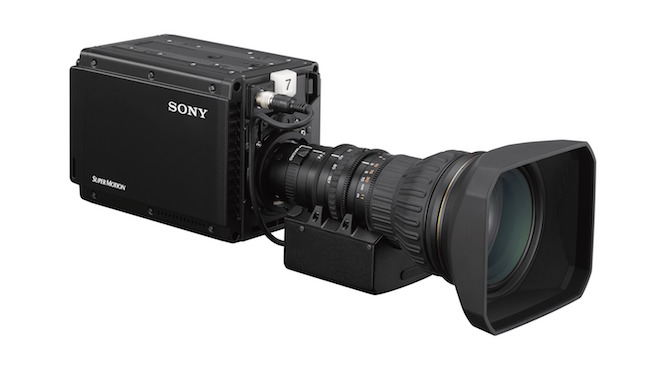 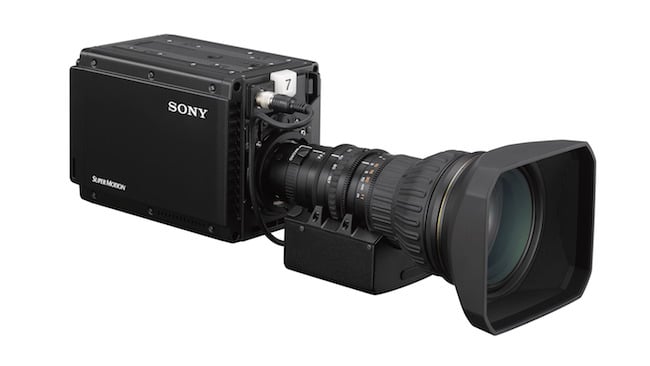 Sony is using IBC2016 to showcase new technology and upgraded broadcast and video over IP products and services.

In our coverage of JVC's IBC 2016 showing, we remarked that product development cycles don't always line-up squarely with the exhibition schedule, despite our expectations to the contrary. Similarly, Sony's announcements didn't seem intended to 'win the show' in quite the same way as perhaps Canon this year. However, there's still a lot of news from Sony coming out of the event, beside its exciting new E PZ 18-110m F4 lens.

Back in May, as part of its InfoComm exhibition, Sony lifted the veil on its CLEDIS display technology, scalable canvas made of multiple display units (think tiles) of ultrafine LEDs. For a 9.7m x 2.7m display (8K x 2K, in this example), the viewing area would be comprised of 144 standalone, borderless displays. The overall 'screen' features a 180-degree viewing angle, 1000 nit max brightness, 10-bit color depth, wide color gamut (approximately 140% of sRGB) at up to 120 fps.

We have written about this Sony canvas technology already in the run-up to the show, but word from Hall 13 at IBC is that it is truly something to behold, so we'll probably return to this again soon.

New cameras (and a remote)

Sony announced the HXR-NX5R camera in the weeks leading up to the show, definitely a camera for 'now', as opposed to a play at future-proofing kit. From its three 1/2.8-inch CMOS sensors, the camera records 50Mbps HD (XAVC-S) at up to 60 fps, which should be sufficient for live production and news gathering when 4K acquisition is not desirable. The camera utilizes WiFi and FTP wireless protocols, which is increasingly a norm of Sony's shooters. In addition, the RM-30BP Remote Controller supports the HXR-NX5R (and the FS7 with firmware version 4.0), adding focus, iris and zoom controls, as well as other camera functions. The HXR-NX5R will retail for $3,249 when it arrives purportedly at the end of this month. No word on pricing for the RM-30BP remote, but it's slated to ship in October, so we won't have long to wait to find out.

In other camera news, the company announced its next action camera, the FDR-X3000R, a 4K camera smaller than the size of a deck of playing cards, prior to the show. The version below, with Live-View Remote, runs $550, while the unit alone is $400. Both variants are available this month. 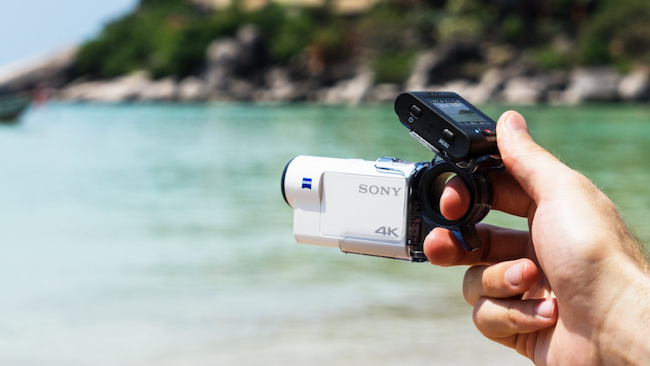 Again, like JVC, Sony had its own PTZ (pan-tilt-zoom) innovation to mention, in the form of the BRC-X1000, which adds 4K recording to the line.

While there are usually some cinema-oriented products featured at IBC, the show is essentially a broadcast convention (hence the 'B' in the acronym), so it provides an excellent forum for Sony to highlight some of its recent efforts in live production workflows. Another new camera, the HDC-P43, fits this bill as a point-of-view (POV) shooter that shares the same sensor and circuitry as the HDC-4300 and features 4K HDR (S-Log 3) and HFR capture. It seems to be a higher-end sports camera for mounting where your 'A' cameras can't go. In tandem with HDC-4300 units, this POV camera should cut seamlessly with its bigger brother. The units offers common functions for live capture / production, including tally signal, return image and teleprompter output. Connected via single mode fiber cable, the HDC-P43's range can be extended by an additional five kilometres.

For productions that require simultaneous 4K HDR and HD (standard dynamic range) workflows, the HDRC-4000 HDR production converter unit may end up becoming an indispensable tool. It can convert video in real-time to various delivery formats for distribution, which can end up being a time (and money) saver.

Continuing the theme of live production, the MCX-500 has surfaced as Sony's new "all-in-one Multi Camera Live Producer." We hit upon this product when we first profiled the HXR-NX5R HD camera described above. The unit is a four channel video switcher with selection of up to nine inputs: 4x 3G-SDI, 2x HDMI and 2x CVBS. It was produced to work in conjunction with the previously mentioned RM-30BP Remote Controller and can sync across multiple Sony pro camcorders, including the new HXR-NX5R.

It unveiled the fruits of a partnership with German broadcaster NDR: their first wireless transmission of stereo audio, which is sent to camera for seamless integration into the video file.

And lastly, Media Backbone NavigatorX has been launched as a scalable asset management system and a upgrade or "enhanced version" of Media Navigator. Designed based on customer feedback of Media Navigator, NavigatorX purports to allow management of "content assets in a range of formats, with flexible feature options for production, archiving and workflow automation," while simplifying the user interface.