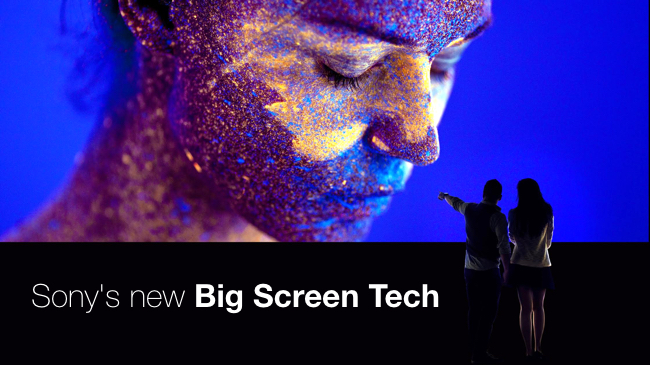 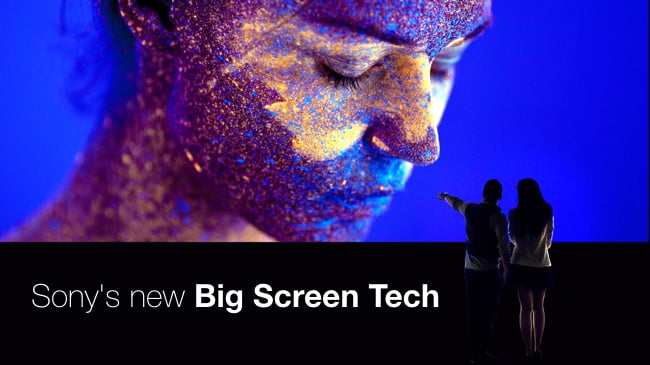 Sony has debuted a new type of LED screen that aims to expand the colour gamut and and dynamic range of large video installations, even as resolutions reach 8K and beyond.

Sony has just revealed a new display technology that looks set to transform large-scale video installations. Essentially, it's an LED screen (where each pixel is a tiny LED light) that can be scaled to virtually any size, because it's made from modular 16 x 18 inch panels that can be fitted together with no visible seams.

The LEDs are extremely small – 0.003mm square – and are fixed using a surface-mount process. We're not told what the distance between them (the 'pitch'), but apparently 99% of the surface of the screen is black and that's a good thing, because the blacker the background, the higher the dynamic range of the screen. Apparently, the screen is able to reproduce HDR video and has a wide colour gamut.

Sony's Pixel Drive Technology is able to power the screen at up to 120 fps for extremely accurate motion depiction. This will make it ideal for sporting events or engineering simulations.

We're excited by this because it means that even gigantic screens will be able to handle extremely high resolutions like 8K, and they will do so with wide and accurate colours. This is definitely the start of something big.

May 19, 2016 - "At InfoComm 2016, Sony will highlight its display capabilities in a big way, re-defining the landscape for large-scale visual entertainment. The new technology, Crystal LED Integrated Structure (CLEDIS), uses Sony's ultrafine LEDs in a unique surface mounting structure as its light source to deliver a visual experience not possible with even the highest-end conventional LED array.

"It's a new type of canvas for limitless flexibility and creativity in public spaces and high-end visual entertainment," said Kevin O'Connor, senior manager, sales and marketing, visual simulation and entertainment at Sony Electronics. "Compared to the technologies currently available for large-scale display, it's a leap forward in depth, contrast, color, resolution "and pure visual impact."

The new display technology is designed for commercial applications and immersive experiences, from industrial product design and manufacturing, theme parks, museums, and high-traffic lobbies to corporate boardrooms and broadcast studios "any environment requiring realistic simulation on a large scale and detailed video displays.

The self-emitting display technology uses R (red), G (green), and B (blue) ultrafine LEDs mounted on the display surface, with each pixel emitting light independently. Each pixel is only 0.003 mm2 in size, allowing the remaining surface area to be more than 99% black.

The technology has a viewing angle of nearly 180 degrees, with corner-to-corner image uniformity in terms of brightness and color, even on a large screen.

The canvas has a brightness of 1000 cd/m2 (1000 nits), and will support High Dynamic Range (HDR) content, producing imagery with 10-bit color depth and a wide color gamut (approximately 140% of sRGB).

The scalable system is made up of multiple display units (each measuring 18 x 16 inches) that can be joined together with no bezels to create a limitless and seamless large-screen display.

The canvas also features Sony's unique pixel drive circuitry, to achieve fast video response with a frame rate of 120fps. This is critical for sports, concerts, or training simulations, where users need to present large screen visuals with no delay or motion artifacts.