The link between Reykjavik 2006 and OLED TV [Sponsored] 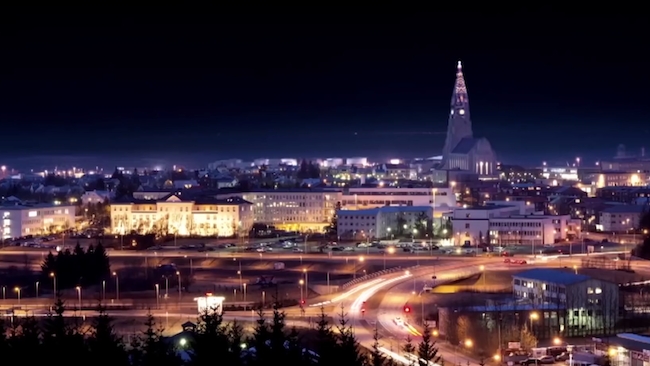 LG has been investing a lot of money into successfully commercialising OLED screens lately, and now it’s starting to ramp up the effort of letting people know how impressive they are.

It’s a neat little marketing video that starts from the premise that TV was great until you saw the perfect colours created from the perfect black of an LG OLED TV, runs briefly through the history of the technology, and uses lots of visuals to show exactly how sumptuous everything looks…plus the odd quote from the odd luminary.

The first of them is an up and coming film director called Ridley Scott.

“Recently I viewed some of my films on an OLED TV and I was stunned,” he says. “As you may know some of them were set in space and what I saw was [a picture] exactly how it should look; that is how it looks in the theatre.”

LG maintains that it is perfect black that makes the colours really stand out, which is where the Icelandic capital of Reykjavik comes in. Back in 2006 the city turned off all its lights to see the aurora borealis — nowadays a sight confined to the country’s dark hinterland — in all their glory from the city centre. And the aurora did not disappoint that night with a suitably stunning display.

“The depth of darkness was they key to the colours appearing so vivid,” says the video, before going on to add that “LG OLED TV makes the previously unseen blacks and shadows clearly visible.”

Have a look below.