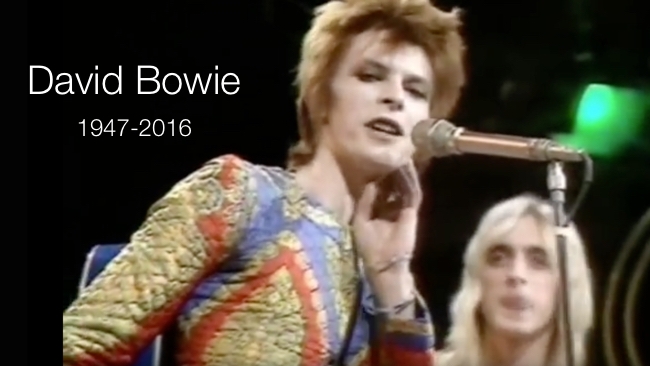 RedShark Summer Replay: David Bowie was one of the most influential artists of the last century, and this was the moment we all realised.

The world is a different place this morning: the unstoppable flow of inspiration and originality that was David Bowie has ended. We can't find the words...

If there was one instant that defined the extent that David Bowie would change the world, it was his appearance as Ziggy Stardust on the UK weekly pop music series, Top Of The Pops. Colour television in the UK was only a few years old, and Top Of The Pops was the program to watch in the new format. But that wasn't the point.

Bowie came on stage looking like he'd just landed from another galaxy. From the first major seventh chords on his twelve string guitar to the moment when he put his arm around guitarist Mick Ronson as they sang the harmonies in the chorus, this was three minutes and thirty seconds of pure television history.