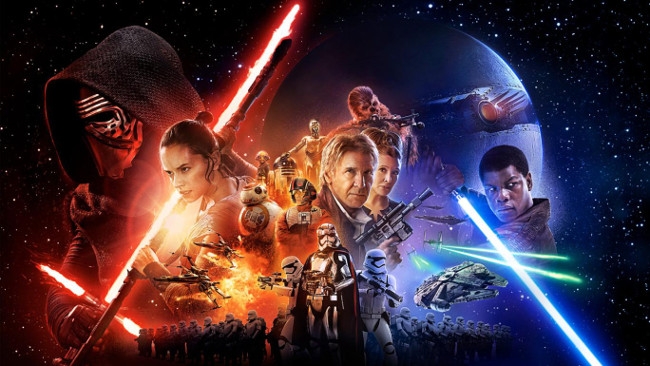 Regardless of the decision to shoot Star Wars: The Force Awakens on film, digital video has come a long ways since the premiere of (sub-HD) Episodes II and III.

There's been a lot written about the fact that film was used for the current Star Wars episode, in an apparently backward step from the bold decision to use digital video for Episodes II and III.

But most accounts of this decision are somewhat misleading, implying that film was chosen because digital looks so bad in comparison, specifically with those episodes (II and III) from early in this century.

The problem comes from thinking that digital is digital: the idea that once something's represented in ones and zeros, it's all the same. This is something that we know is manifestly untrue.

The simple fact is that, back then, in 2002, the state of the art in digital cinematography was Sony's F900, which, while it was able to shoot in 24p, used 3:1 compression and only had a native resolution of 1440 x 1080. When it was cropped to the final aspect ratio of 2.35:1, the resulting image was somewhat less than HD. (Read Joe Foster's excellent article on how George Lucas pioneered the use of Digital Video here.)

It's also fair to assume that the dynamic range wasn't as stellar as more modern cameras like the ARRI Alexa or Sony's own F65.

So while it may be true that film was chosen because of the general negativity around the look of Episode II, it's absolutely unfair to use this film as any sort of benchmark of what is available today.

Personally, if I wanted a film look, I'd put a Cooke anamorphic on the front of an ARRI Alexa and be very satisfied with the results. And if you want to see the heights to which digital can aspire, just look at Oblivion, shot with a Sony F65.