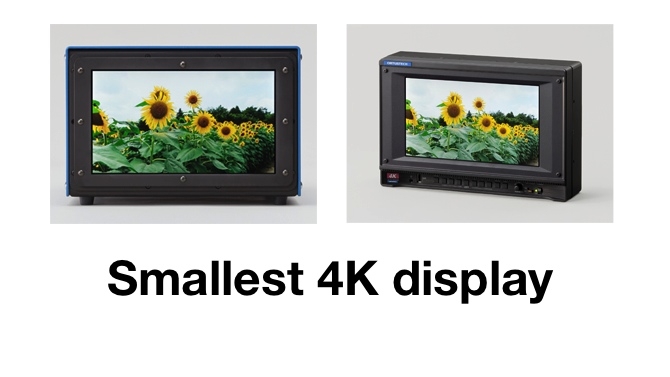 The answer, on the whole, is yes, but a Japanese company is breaking new 4K ground by thinking...small.

Ortustech first gained notoriety in 2010 by packing a 1920x1080 HD into a 4.8 inch screen. Building on its mission to create small form factor high resolution displays, the company has announced a 4K2K (3840x2160) screen that’s only 9.6 inches!

The first test samples roll off the assembly line this month. There’s no word on pricing or when this future tech will be available for purchase.

According to Ortustech’s press release, “the natural and three-dimensional expression is realized by achieving overwhelming higher resolution (458ppi), which exceed discrimination limit of human eyes. 9.6-inch 4K2K display will be well suited to professional video equipment and medical equipment where clear and high resolution is demanded, such as broadcasting 4K2K camera monitor.”

Translation: Look out for a tiny 4K field monitor hitting the market in the semi-near future.