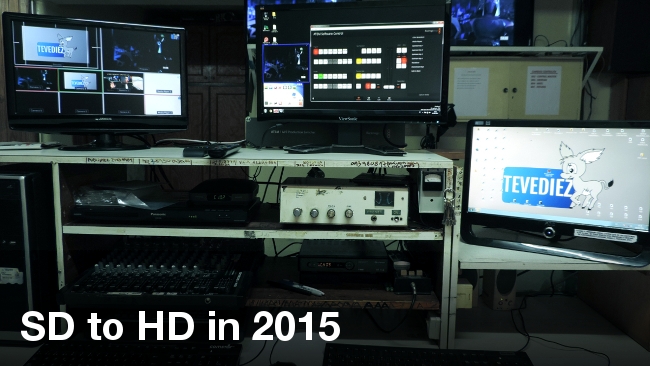 While many production houses and broadcasters are adopting 4K workflows, guest author Fran de Souza, who resides on the border between Uruguay and Brazil, details his television station's struggle in transitioning from SD to HD broadcast in 2015 and the stroke of ingenuity that made it happen.

Only ten years after the HD revolution shook the industry, technology is evolving so fast in this area that 4K is a real option for many productions and the 8K revolution is already knocking on the door. Soon, HD resolution will be only be used for proxies in a 4K editing workflow, right? Well, maybe not…

In many parts of the world, analogue TV is still the standard and the switch to HD is a challenge that makes broadcasters lose sleep.

While paying perhaps a tenth of the price for HD transmission equipment (transmitter, exciter, filter, antenna, etc) against its cost from a decade ago may look like a bargain, for small local stations like ours, it's still a huge investment to make. And we still have to factor in budget for production, post production and studio equipment.

With all of that in mind, we took the plunge and started our HD broadcasting just days ago.

I don't want to mislead you into thinking it was a push-button process. It was a long, three year slog consisting of planning, meetings with potential providers and the government regulation agency, negotiations with bankers, workshops, etc. Finally, our project was approved by the government, along with other small stations like us. Last year, things began to take shape and the countdown to the digital era started.

Once all the stages were completed, one would think that it's just a matter of throwing the old stuff in the garbage, installing the new equipment, and...voilá. But it's not that simple, of course. 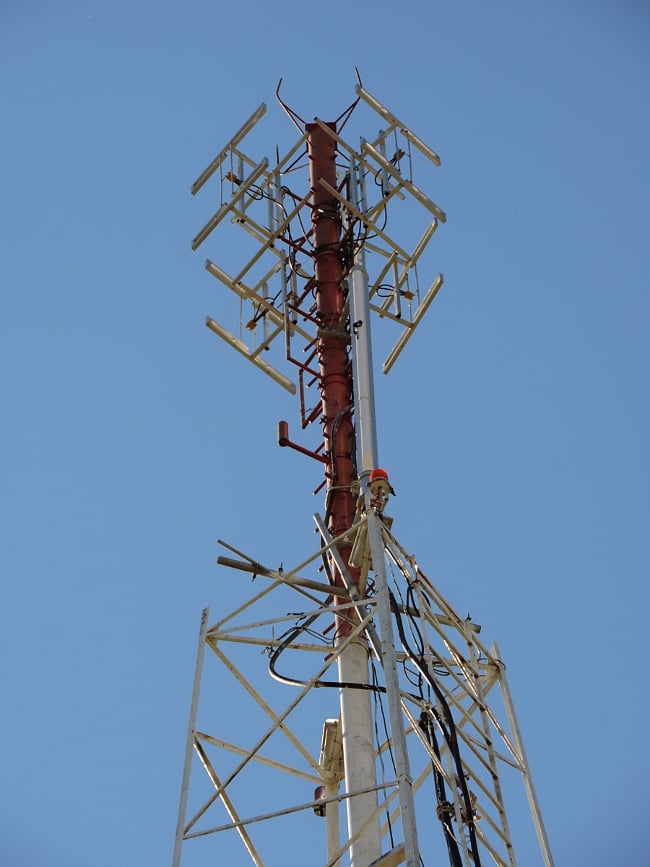 The purchase and importation of the transmitter, the antenna and the other components of the broadcasting header compromised an enormous part of our station's revenue for the next five years.

MacGyver to the rescue!

Fortunately, we already had two Blackmagic design HD switchers and three HD cameras that we bought in the last two years. Additionally, we were able to get a couple of new PCs for editing the news and the commercials. 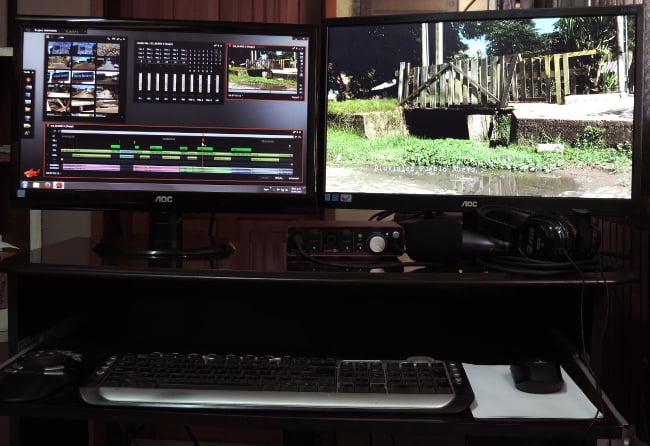 But...what about the playout system? Could we use what we have until we clear some part of the debt?

It's here that the scene resembled an episode of MacGyver:

"The answer is NO! It’s impossible!"

"Hmmm, I think we can try something. Let me see if we can use our old editing PCs to play the commercials, the news reports and the recorded shows...through their NVidia graphic cards!"

It worked, with all the consequences and side effects (of course) of connecting a progressive output to an interlaced input...but it did work and it bought us time to breathe until we install a decent playout system. This workaround potentially had another benefit: perhaps it would make our cameramen more careful with the use (re: abuse) of the pan and zoom.

The trickiest part was getting the graphic cards outputting at 50Hz without switching back to 60Hz after a Windows restart. Don't ask me why, but it happened so many times that I don't remember why it happened nor what I did to stop it (I haven't slept much the last couple of days).

The day that the crew from Montevideo arrived to install the new equipment was exciting, but also stressful. We are only about ten people at the station, and every one of us had to take an active part at every stage of the set up and tests, whilst trying to perform our regular tasks as if nothing was happening. It brought out the best and the worst of us: moments of joy at every achievement and waves of frustration and disappointment when something wouldn't work as expected. But it was worth every second.

We had been waiting for this moment for a long, long time. We realized importance of what we accomplished, not only from a professional perspective, but also from a human and personal angle. The truth is that I'm very excited now! I just can't believe my eyes when I see that sharp, clean, beautiful HD signal on the air and I realize that it's OUR signal! Even our SD material looks great on the HD transmission! I know, all this may sound silly for people used to the best, but there is an odd feeling of satisfaction when you get extraordinary results with minimal resources.

Workarounds are often the glue that holds a production and post workflow together. I use to think that I walk through life on workarounds.

Yes, "only" we've moved to HD. But, with the help of our own MacGyver moment, it was a great move!