All about Sony 4K cinema projection 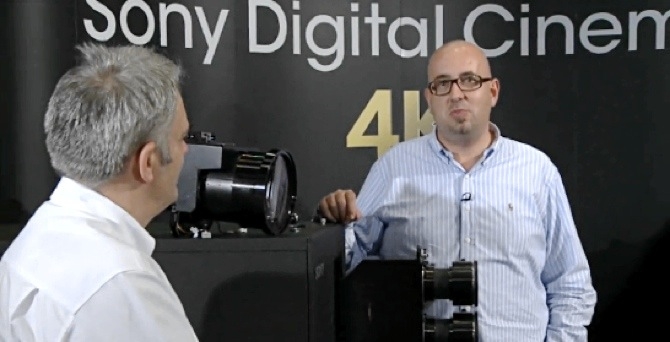 This nearly hour-long video is fascinating for anyone who's ever wondered what goes on in the "Back End" of modern digital cinemas.

Is it me or is the word "webinar" one of the worst that's ever been invented?

Anyway, this was intended to be a live stream from Sony in Basingstoke, 55 miles SW of London, which is the home of Sony's European HQ, but the NY storm on 30th October 2012 put paid to that - apparently the company hosting it is based in New York..)

Luckily for us, Sony went ahead and recorded the session so that we could watch it later. It's a long piece but it doesn't leave many questions unanswered about this fascinating and unbelieveably high-end technology.

PS - we've always enjoyed the fact that the bulb in a projector is called a "Lamp". If you say "bulb" to a projector person, you'll be corrected within nanoseconds.

We can't embed this video here because it is so firmly embedded in Sony's own website. So go here to see it.