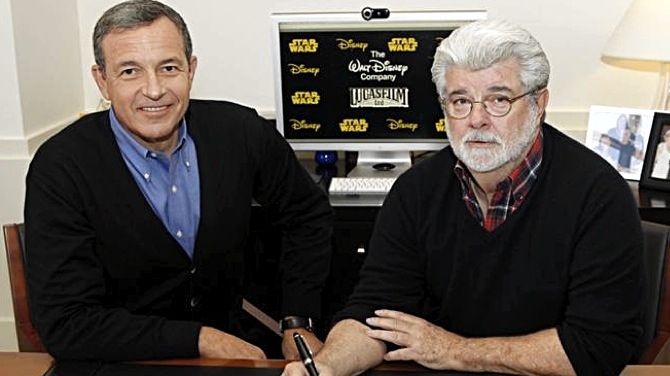 Disney buys LucasFilms and plans on continuing the epic franchise. It seems like a no-brainer, but there may be a reason to proceed carefully.

That was the purchase price for Disney’s acquisition of LucasFilms LTD. The centerpiece of the is the venerable Star Wars franchise, which Disney plans to continue, starting with Episode 7 in 2015.

Star Wars remains one of the most beloved and successful series of movies ever. But the more recent prequel films tarnished the brand’s image, losing long-time fans despite raking in cash. While Star Wars was undoubtedly George Lucas’ baby, there was a growing consensus among critics that the series had become stale and needed new leadership to recapture some of its lost luster.

Seven years since the last film

It’s been seven years since the last Star Wars film, Revenge of the Sith, and the pent-up demand for new features spurred Disney’s big purchase, although Lucas and Disney Chairman/CEO Bob Iger had been discussing such a deal for years. Quietly, Lucas had been planning his retirement from the franchise, and chose Disney as its steward moving forward.

In a statement to the press, Lucas provides a rough sketch of how Star Wars will thrive without its guru (and I don’t mean Yoda):

"For the past 35 years, one of my greatest pleasures has been to see Star Wars passed from one generation to the next. It's now time for me to pass Star Wars on to a new generation of filmmakers. I've always believed that Star Wars could live beyond me, and I thought it was important to set up the transition during my lifetime. I'm confident that with Lucasfilm under the leadership of Kathleen Kennedy, and having a new home within the Disney organization, Star Wars will certainly live on and flourish for many generations to come. Disney's reach and experience give Lucasfilm the opportunity to blaze new trails in film, television, interactive media, theme parks, live entertainment, and consumer products."

The marriage of Star Wars and Disney seems like a match made in cinematic heaven for all of the reasons listed above. But Iger’s roadmap for Star Wars features gives this observer some pause. Disney plans to release episodes eight and nine, following with new Star Wars releases every “two or three years.” Maybe I’m wrong, but part of the Star Wars appeal was that the release of a new trilogy was an event. The fact that 16 years separated Return of the Jedi and The Phantom Menace only added to the specialness of the franchise.

The hunger for a new Star Wars will likely carry Episode 7 to financial success, even if its not as well liked as the original films. But a lackluster effort will result in diminished returns as casual fans lose interest in the rest of the trilogy, let alone new Star Wars stories so soon after. Suddenly, a lot is riding on Disney’s ability to make Episode 7, not only a commercial, but a critical success. In light of this reality, here’s a spoiler: don’t expect the return of Jar-Jar Binks anytime soon.