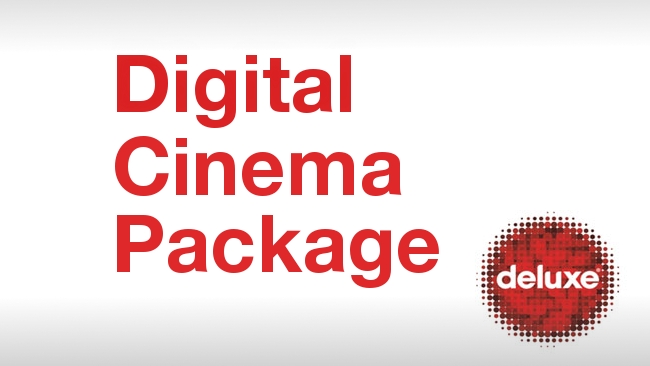 Phil Rhodes gives us the lowdown on DCPs, or digital cinema packages, and reveals what London's Deluxe must do to prepare international distribution for X-Men: Days of Future Past.

Taking an independent feature, or even a short, to anything but the lowest-end festivals at the moment tends to require a DCP – a digital cinema package, the standard approach to sending digital moving images, soundtracks, and extras including subtitles, from a producing entity such as a studio to the exhibitor.

The written standard for doing this, developed in the early part of the 2000s, was intended to directly replace the 35mm film print that had been traditional for decades, and uses JPEG2000 image compression alongside uncompressed audio, plus XML for subtitles and metadata, wrapped up in MXF files and encrypted. Although an MXF file full of JPEG-2000 frames isn't that technically dissimilar to an AVI or Quicktime movie, the whole DCP spec is not the simplest thing in the world, having been engineered to allow for various flexibilities that are of use to the exhibition trade.

Many people, who do the work that traditionally happens toward the end of postproduction, will grimace at the memory of blithely-issued requests to "convert a production to DCP", as if the procedure were one-click. The reality is that while it can sometimes, in the very simplest cases, be almost that simple, anything beyond the very simplest requirements can get quite complicated quickly, especially taking the slightly variable compatibility of the various screen server hardware that's installed worldwide.

However, if you're a large studio (say, Twentieth Century Fox) – with a large film (say, X-Men: Days of Future Past) to distribute over territories such as Europe, the Middle East and Africa, with all of the dubbing, titling and subtitling issues attending the wide variety of languages spoken in these areas, then the process of simply preparing and shipping all of the required versions of your film becomes a significant amount of work. Add the need to encrypt big, popular, piracy-attracting movies, and there's a significant administrative burden, because a DCP is keyed to a specific screen in a specific cinema over a specific date range. Let's say an exhibitor might be keen to extend the showing of a popular film, or, perhaps, move it from one screen to another as its popularity varies, or because of an equipment failure. This would require the issuing of fresh decryption keys and the appropriate contractual liaison with both the studio and distributor. China alone has eight to ten thousand screens, each of which has a screen server – the "trusted device" - with a specific device key, with which a DCP must be compatible.

On one hand, this is largely an issue of data-wrangling, administration, and couriering hard disks around, but it's not hard to imagine why the major studios prefer to farm the work out. Our example of the recent X-Men sequel is illustrative: handled by Deluxe in London, just the EMEA release required 137 unique versions of the feature, and that's before we consider home entertainment versions and trailers in formats suited to web distribution. Deluxe provided not only the rather mechanical conversion and preparation work, but also ran a department dedicated to recreating titles in various languages, using visual effects software to match the look of the original version. They run an in-house development team which, among other things, has created software to place 3D subtitles in appropriate Z-axis positions, such that they don't end up embedded in what appears to be a solid object. DCPs, incidentally, don't directly support 3D subtitles, so accomplishing this requires a complete remastering of the picture with the subtitle rendered into it as a permanent part of the image. Finally, consider that features may be released with audio in 5.1 or 7.1 surround, or in the recent Dolby Atmos format.

It is an absolutely enormous task, and the infrastructure required to do all this is significant because the data is huge. The uncompressed original material is generally held as 16-bit TIFF frames, causing a complete 90-minute feature at 2K resolution to consume something like a terabyte and a half of storage before we've even considered audio. Double it for 3D. Double it again for The Hobbit, at 48 frames per second. Quadruple it for 4K. And add as much again for every re-titling and subtitle language. Digital cinema works in the XYZ colourspace, involving a conversion from usual RGB formats that is somewhat hard work for a computer. And then, anyone who's used a product such as EasyDCP will be keenly aware that compressing JPEG2000 frames at the sort of resolutions and bitrates that are normal in digital cinema (up to 500 megabits per second in theory) is not a trivial task for even a fairly fast workstation (it can take days to compress a feature).

As good (and fast) as it gets

Deluxe performs this process on DVS hardware encoders, faster than real time. Even given the fastest storage in the world, the best equipment and people, and an on-hand software engineering team, it speaks volumes of the efficiency of Deluxe's pipeline that they managed to get 3360 clones of X-Men out to over 30 territories in eleven days. 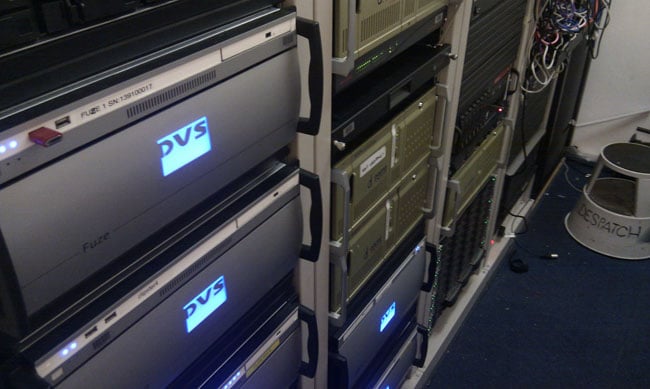 This is, of course, a workflow that applies mainly to the very high end, and the Europe-Africa-Middle East area is, despite the relative size of the market, actually a fairly complicated area to serve in terms of the number of languages spoken and the traditional approaches to both dubbing and subtitling. Even so, Deluxe are bullishly secure in their position as the choice of major movie studios and freely admit that they are not the cheapest option (the cheapest option, if you're even slightly technical, is open source software and a big dual Xeon workstation). Gone, however, are the days when mastering a DCP cost more – absurdly – than the equivalent 35mm film print. I'm sworn to secrecy on numbers, but producing a basic but technically flawless DCP should now be reasonably affordable to all but the very smallest productions.