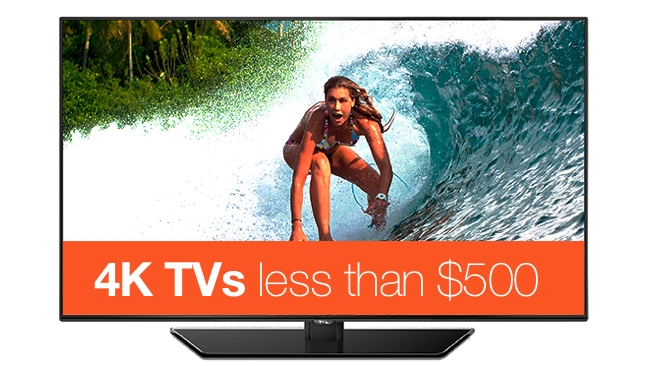 We heard today, via Tom's Guide, that you can now buy a UHD TV for less than $500. That's less than most well known makes. The company in question is TCL, and we have recently reviewed their TVs here. You won't find any well-known brands at this price but this is certainly the direction that prices are going.

It turns out that these sets are really not bad, but you do have to watch out for a few basic things. From the info in the "Tom's" page, it looks like the 40" and the 49" models may lack HDMI 2, which means that they will be limited to refresh rates of 30Hz at UHD resolution. Not a huge problem unless you want to be ready for UHD content at 60Hz when it becomes available (satellite service providers are already testing UHD at this frame rate). We don't know that these sets lack HDMI 2, but the article mentions it specifically with the bigger models and not with the smaller ones. As a proportion of the manufacturing cost, the bigger the set - and hence the more expensive - the cheaper the relative cost of incorporating HDMI 2.

We checked the prices of UHD sets in John Lewis, a UK department store that is pretty much the reference for what people are buying in the shops. We haven't reached the point yet where 4K sets are outnumbering HD ones, but we estimate that to be only six months to a year away. The TCL 40" UHD set was cheaper than all of the HD ones at that size in John Lewis, who claim to be "never undersold"

Many people now have decided that they won't buy another HD set, opting instead for UHD. This new price revelation can only accelerate that trend.

Click here to see our review of TCL's 46" UHD model