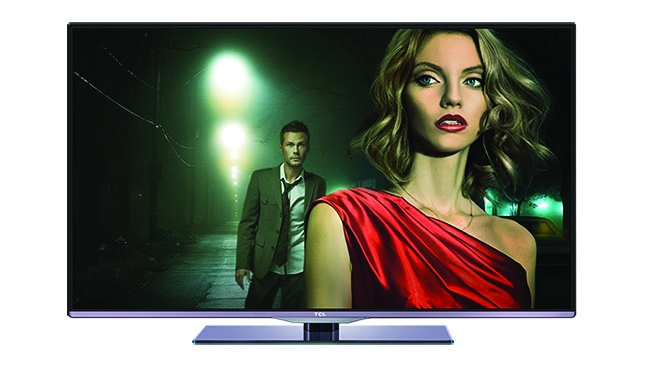 Can these cheap sets really be any good?

4K Ultra HD televisions (UHDTVs) have been shipping for a short while now, and there are many major options to choose from, including Sony and Samsung. But there’s a more affordable solution out there, 4K UHDTVs from Chinese manufacturers, including TCL and Seiki, who are releasing 4K TVs that start at about $400 for a 39-inch model. I take a look at the 50-inch TCL 4K Ultra HD TV (LE50UHDE5691). The 4K images, when available, are beautiful, but the issue is, of course, lack of 4K content.

I recently had a 1080p HDTV’s picture start to ‘ghost’ for the second time in nearly four years, when I bought the 46-inch RCA model in 2010. The ghosting in this case was when red pixelation happened during any sort of dark, black, or night shot. Live sports? Not too much of a problem? Movies and reruns of X-Files? Big problem. And since the HDTV was out of warranty, I decided to just sell it cheap to a pawn shop, who could easily fix it, and I would buy a new HDTV.

During my research, which included going into major shops like Best Buy and H. H. Gregg, I started to realize I could pick up a 50-inch Seiki 4K UHDTV for under $1000 (USD), or a newer 50-inch TCL 4K UHDTV for $1000. I decided to go 4K, even if it cost me more, because, in some ways, I was future-proofing as 4K slowly rolls out. Plus, I dabble in production, mostly producing 1080p corporate videos, but one of my clients is pushing for 4K. If nothing else, the UHDTVs could double as a monitor from my Mac, with the proper breakout box.

I ended up purchasing the 50-inch TCL 4K, because the retailer didn’t have any Seiki’s left, and so they matched the price of $750, $250 off the TCL’s initial price! (Note: It appears the Seiki 50-inch 4K model is going for $599 in some stores.) You may be wondering why I didn’t go larger, like a 65-inch or above. Partly because of costs — even a Seiki 65-inch 4K costs close to $1300, as of this writing, way above my budget — and mostly because my living room is small, and anything larger wouldn’t quite work, as my couch is only seven feet from the television. 50 inches is the sweet spot for me with the distance from my couch to the TV.

Here are some quick specifications:

At this point, you may be questioning why I bought something that has very little, if any, content. There are some 4K players for sale, including the Sony 4K UHD Media Player (FMP-X1) for $699, or the REDRAY from our friends at RED, which costs $1450, and is considered a more professional 4K player. So there is an issue with 4K content available, much like 3D content when studios and TV manufacturers were pushing it.

However, I feel the upside, for me as a content creator, is being able to plug in either my Mac or a 4K camera (in the case of this review, a new Panasonic GH4), to watch footage shot in native resolution vs. downscaled to 1080p. The 4K images look and sound beautiful, details really pop, more-so than HD, and the footage was shot in both 24p and 60p. I mention this because, and I feel the same way about HD, when something is shot in 24p, the image isn’t as sharp, in my opinion, as 60p or 60i. The upside is, 24p 4K is much more cinematic on my TCL 50-inch 4K UHDTV than downscaled to 1080p and viewed on a friend’s 40-inch HDTV.

Going back a decade, I was one of the first of my friends, family, and colleagues to buy a widescreen 1080i HDTV (CRT), and many of them said the same thing, where’s the content? I had to survive on standard definition for a couple of years, but HDNET and HDNET Movies at least gave me native HD resolution, while ESPN HD and TNT HD were mostly upscaled HD, and it didn’t look great.

And it’s the same thing with the TCL 50-inch 4K UHDTV I own, except there isn’t a 4K channel quite yet available to watch. But 1080p content, both from cable TV and Blu-rays, looks amazing and upscales nicely to 4K. I did try to watch some SD channels (720 x 480), but the image was unwatchable, as the pixels were clearly ‘blown up’ to fit the 4K resolution of the TV. Faces and details were blurry and pixelated, so I stuck with only HD TV channels and my Blu-rays. (Incidentally, all my DVDs are truly obsolete with the 4K TV.)

I connected the Panasonic GH4 to the TCL 4K UHDTV via HDMI to view footage from a shoot. I have yet to connect it from my Mac, but that’s something I’m considering. If enough clients want 4K, I may consider 28-inch 4K monitor from Dell or Asus, which cost $699 and $799, respectively, though prices seem to vary, depending on where I look.

Did I jump the gun with my 50-inch TCL 4K Ultra HD TV (LE50UHDE5691)? Only time will truly tell, but HD content, from both Blu-ray discs and cable TV, looks terrific, and 4K content that I’m shooting — or, in time, editing — looks fantastic. So I’m pretty happy with the picture and sound.

4K content availability is still slim, but I still feel that we’ll start seeing more affordable 4K media players in the near future, along with 4K streaming options via future devices from Apple, Amazon, etc. The big advantage of buying an off-brand from a Chinese TV maker is a much more affordable television. In addition to paying less than $1000 for a 50-inch 4K UHDTV, I also bought an extended warranty through Square Trade.

Get more details at http://tclusa.com