The perils of translation 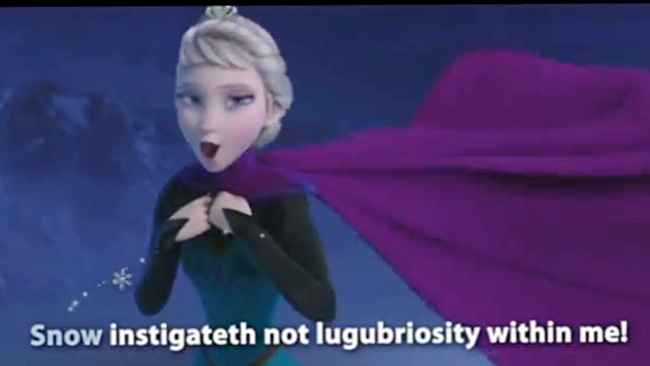 The perils of Translation

How do you translate a popular Disney film into Arabic? Beware the unintended consequences of languages

We recently brought you Backstroke of the West: the result of a botched translation of Star Wars back from a Chinese dubbed version into English - with hilarious results.

Now the BBC has spotted this example of a translation that might not sound quite right to all ears.

Here's what NewNight's Jeremy Paxman had to say in his introduction to the piece:

Disney corporation's translation of its film Frozen in the Middle East opted for modern standard Arabic, instead of the usual Egyptian Arabic. The use of that very formal and somewhat archaic way of speaking has gone down rather badly with some 6 year-olds apparently. Professor of Arabic literature Elias Muhanna has translated it back into English so you can see the problem.

Are there any Arabic speakers reading this? Is the BBC's story accurate?

(Original video link replaced with the above, referenced on the Middle East Institute's blogsite.)