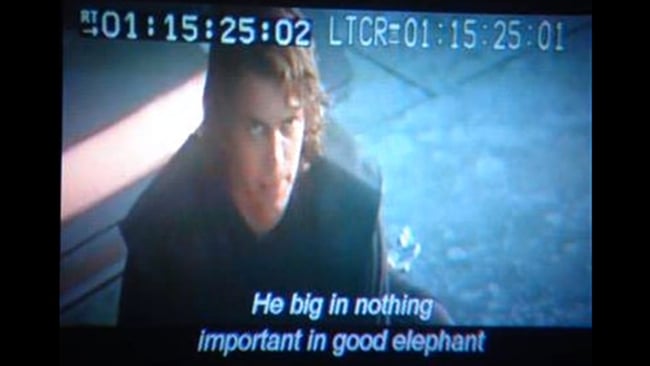 Replay: We just couldn't resist running this article again. We have no idea how this happened. It has to be seen to be believed.

This just has us baffled. It's one thing to translate something badly. It's quite another to think that "Revenge of the Sith" means "Backstroke of the West".

What appears to have happened is that the film was translated into Chinese and dubbed in that language. Then, someone, or something (a machine translator, perhaps?) has "translated" it back into English, the quality of which is little better than if random words had dropped out of a scrabble set onto the screen. Even the title of the film, even when it was on the screen, is wrong: "Star War".

Enjoy this, and remember, translating is difficult. If the average Westerner had to speak Chinese, it would be funnier than this.