This is a brilliant trailer... 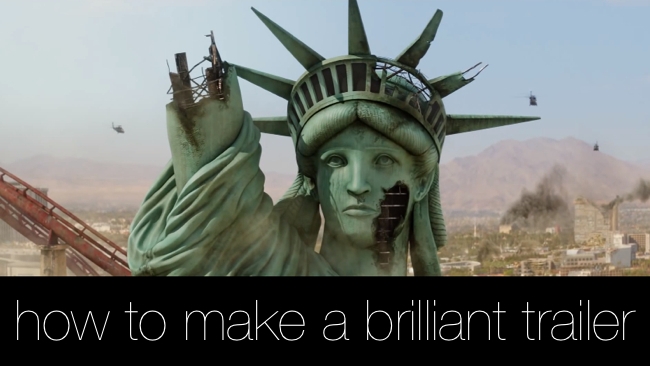 We saw this and immediately thought: that's one of the best trailers we've ever seen

This isn't a tutorial about how to make an effective trailer, although just watching it is a good lesson. It's for the new Gareth Edwards Godzilla film which will be in a cinema near you soon.

This is how you make a trailer that says: "you're going to want to watch this film". Just try it; try watching the trailer and seeing if you couldn't care less. The point is that after viewing this, you don't even wonder if it's a good or bad film - you just have to see it!

But rumor has it that it's going to be a very good film. Having a gigantic, realistic (whatever that means in this context) CGI monster is certainly a very good start! And of course it's a great, almost "traditional" story: not one that goes back thousands of years, but to the dawn of the nuclear age.