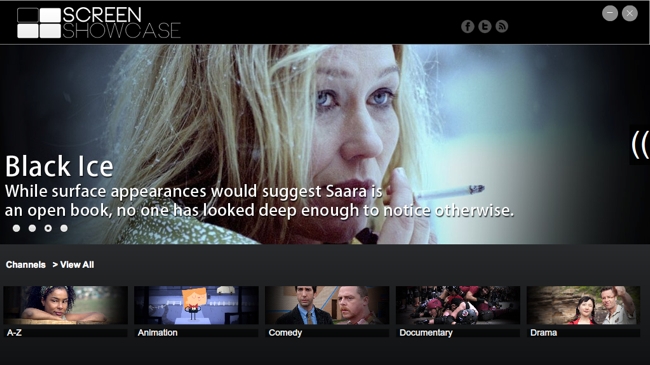 A Brisbane-based Over The Top (OTT - ie delivered by internet) film service has found a formula for distributing independent and world cinema that satisfies both viewers and copyright holders. They tell their own story here.

A digital distribution platform specialising in Independent and World Cinema, Screen Showcase is essentially a designated OTT service for cinema lovers. Available as an application on iOS, Android, PC or Mac; Screen Showcase is like having exclusive tickets to your very own film festival. It is focused on bringing users a fantastic catalogue of truly great world cinema.

The app offers convenient access to films that are hard to find or may have only had a limited run in on screens or in the festival circuit - from classic films like the Academy Award nominated The Battle of Algiers to modern gems like the AACTA Award nominated I Am A Girl.

What sets Screen Showcase apart from other digital distribution services is its ability to allow Users to legally download and watch films offline on Android, PC and Mac. Screen Showcase protect digital content with Adobe Access and The Media Architect’s e.v.e platform which allows them greater access to Distributors who know that content broadcast through Screen Showcase is secure and digitally rights managed.

Screen Showcase is owned and operated by The Media Architects (TMA) in Brisbane, who have been developing OTT applications for small and medium enterprise customers for the last 5 years. Examples of applications TMA developed include AACTA TV for the Australian Film Institute and APSA VIEW for the Asia Pacific Screen Awards. While working with clients like AACTA and APSA, TMA had the privilege of distributing some wonderful films from all across the Asia Pacific region. However, the audience for both of these apps was always closed to the general public so no one outside the Academies could see them. TMA created Screen Showcase as a public-facing application so that they could build on relationships they had established with local and international distributors which allows them to securely broadcast their digital content to an Australian and New Zealand audience. 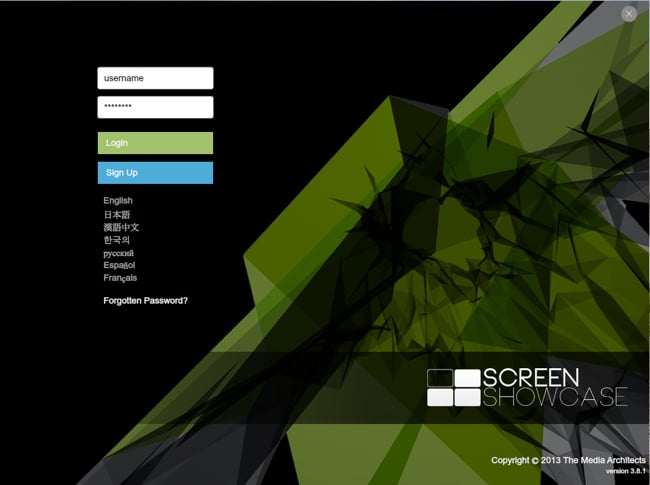 Initially, Screen Showcase was to be released as a subscription video on demand (SVOD) service like Netflix or Hulu. TMA, however, were met with stiff objections from many of the distributors we approached when licensing content.  TMA’s Creative Director, Hugh Whitehouse, explains that while many distributors in Australia are embracing OTT and digital distribution channels, the caveat is that they insist on transactional video on demand (TVOD) to maintain the value proposition of a user seeing their content. “We’re currently working through launching Screen Showcase in Asia with distributors from Hong Kong, Malaysia and Singapore and they’re far more receptive to utilising an SVOD model for content distribution than distributors here in Australia have been.”  “Under our current TVOD arrangements we run a 70/30 split with the content supplier - whether they are a Distributor or individual Producer. At $6.60 for a digital rental our pricing is slightly higher than some larger competing services but Screen Showcase allows for a more generous rental window (72 hours compared to 24 hours) so Users don’t have to feel pressured when watching our films. The platform ubiquity present in Screen Showcase also allows content purchased on one platform (for example, iOS) to be watched on any other (PC, Android) within the same rental window.”

Whitehouse says he is often surprised by just how scattershot pricing of some services can be. “Especially on hybrid services that require a subscription to access them but still charge Users on top of that for additional content rentals. That’s ridiculous and becomes over complicated. At Screen Showcase we’ve kept our pricing uniform across the board so our Users always know what to expect when they watch films with us”. In terms of pricing across the industry, Whitehouse finds that many providers take their lead from whatever Google or iTunes are doing. “We’ll look to match their average pricing to ensure we remain competitive in the TVOD space and we offer periodic specials (like free or discounted content) through social media campaigns & promotions. As additional services increase competition, and the cost of delivering data to consumers in Australia slowly comes down, I think we’ll see TVOD prices in Australia settle around the $4 SD / $6 HD mark for at least the foreseeable future”. 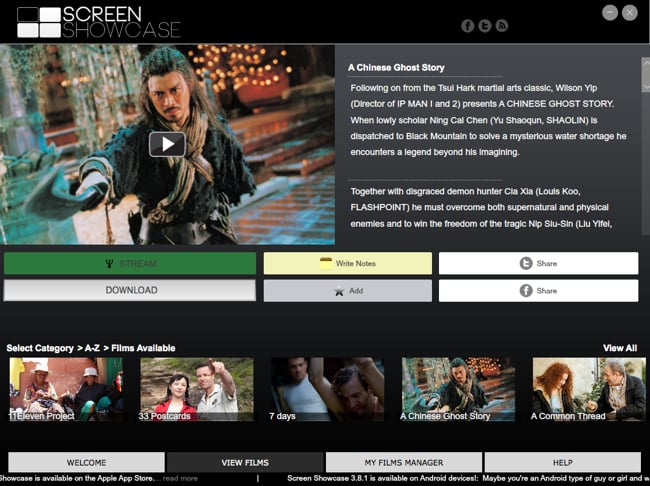 While Screen Showcase works primarily with Distributors for the acquisition of content broadcast on the platform, it also has a charter to promote and distribute independent films supplied directly from filmmakers.  “Last year we had an independent documentary filmmaker Josu Ozkaritz approach us through our online contribution portal looking to secure distribution for an as-of-then unfinished documentary about Muay Thai martial arts in Thailand. After reviewing the trailer for his work-in-progress, the whole office really wanted to see that film!” says Whitehouse.  “We helped Josu complete the project and went on to distribute Muay Thay, Every Corner along with a handful of other documentaries he’s produced through Screen Showcase so he’s now making money off his films.  We’ll take most production digital and tape stock formats for ingest and processing that we run through our commercial encoding bank here in the office.

Whitehouse says that if emerging and independent content creators wish to find an audience online, then “mobile and Digital Rights are increasingly important. You should always try and retain them. As an independent artist you may not be able to get your film shown on 1000 cinema screens, but you can get it on 100,000 mobile screens". Whitehouse notes that these independent and emerging film makers should know the security and weigh the risks. “The biggest liability with digital distribution is shrinkage. If you’re giving content to ANY digital distributor be sure to have them thoroughly explain the digital right management they use to protect your content. If there’s no DRM in place, how is your content being protected from piracy?”

For any OTT service to succeed, the key has to be convenience and expanding the platform to include Smart TVs has always been a goal for Screen Showcase. “For the last 6 months we’ve been working with SDKs for a number of Smart TV providers and are on track to have designated Screen Showcase applications available for a range of Smart TVs in Q2 2014” says Whitehouse.