We think Amazon will make a set top box 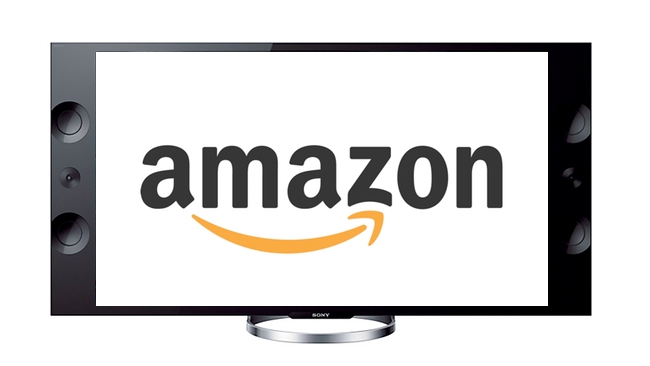 Amazon looks like it's going to get into the set top box business. And this will be even bigger than anything Apple does

If you take a snapshot of the typical family at leisure throughout the decades, it's a pretty good indication of the technology around at the time.

Victorians would be huddled round a piano. When the gramophone came along, you could dispense with the pianist. Around the second world war, the focal point was a radio, and then in the 1950s the TV took its rightful place in the living room.

And that hasn't changed much for the last sixty years.

Until now, when it's all about to change again, and the way forward is not at all obvious.

Today's familial snapshot would probably feature a 50" HD flatscreen (with around 30% of viewers blissfully unaware that, because they hadn't set things up properly they were still watching SD). And one other thing.

Virtually no-one would be watching the TV.

That's because most people now have a choice of three screens when they're in the living room: the TV, a tablet, and their phone. They're spoiled for choice.

Meanwhile, the battle for viewers' loyalty is hotting up.

The "traditional" cable providers and the young upstart internet companies are dancing around each other in an effort to secure enough content to make their streaming services viable. BT Vision in the UK has become a major "broadcaster" overnight by buying the rights to sports, and it's doing a credible job.

It's a complicated picture. Apple has an end-to-end solution but doesn't own any of its own content. Sony has a massive catalogue, but a confusing device and platform strategy (some of us thought it was going to be the PS4, but - we might be imagining this - they seem to be keeping their distance from positioning the PS4 as a "media" console so as not to dilute users' perception of it as a hardcore gaming device).

Google play is on Android, and they have the Google Chromecast dongle which is so cheap that it's almost free.

Netflix is available on just about every platform and is very cheap if you use a lot of content.

Meanwhile, Amazon, who have, in our view, just about the most mature and dependable content delivery system, don't have a set top box.

Now, from what we were saying earlier, about how families don't spend their time now looking at the main screen, you might think that this would be a good recipe for Amazon, who have a well respected and mature platform for content delivery. If it's print, there's the Kindle range based on Electronic Ink: still a really good way to read books. But you absolutely can't display video on them. Meanwhile, they have a range of tablets that have great screens and are ideal for watching video.

All of which is perfect if you're in the mood for solitary viewing. But for some occasions this just isn't good enough. There's still a social aspect to films: watching films as a shared experience is still just about a good enough thing to make people put down their tablets and phones occasionally and focus their attention on the main screen. (They're going to have more reason to do this if it's 4 or even 8K!).

Now, it seems, Amazon is looking likely to move into Set Top Boxes. In a sense, this is the final link in its content delivery chain.

What exactly this will mean is hard to analyse, but what you can say is that it will be important. For a start, Amazon products are usually priced to sell: often, although we don't have any way to prove this, priced below cost - with the deficit quickly recovered from the sale of content (and not just media - don't forget that once you're inside the Amazon ecosystem you can buy everything from a book to a dozen venison sausages).

Amazon has always looked at the long game. It's prepared to make narrow margins or even loose money if it thinks that in the long term it will make money. It's big enough to do this. The first Kindle was a funny looking thing, but they've gradually improved until today, when they practically define what an e-book reader should be.

So, with a well tried content delivery system, a decent set top box, and the sheer size and number of existing users to virtually guarantee success, we think that Amazon is going to be a significant player in the field of video content delivery for the living room.

Just who is going to be with them on the same playing field, and how they're going to make it all work, is something that will probably become clear in the next twelve months.