Is this the starting gun for 4K broadcasting? 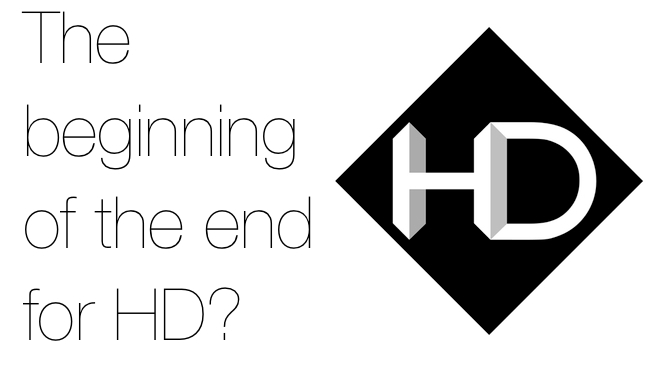 The beginning of the end for HD

The BBC, which started its roll-out of HD programming on 15th May 2006 with the "BBC HD" channel, has, six years later, completed the process by announcing that its remaining channels will be in HD before this Christmas.

While this is mainly of interest to UK residents, it does mark a significant, if not terribly obvious, milestone in the long march towards our 4K future. And it is simply this: HD is here, now. It's established. There's no more "moving across to HD" to happen.

With very few, small, exceptions, HD is the norm. It's the current paradigm.

We can now concentrate on 4K

Which means that we can start concentrating on the next. There's no more opportunity to say "we're still implementing HD, so we can't possibly think about 4K yet". Of course, it would be possible to say "We can't think about 4K yet because we've only just changed to HD", but not for long.

And so it goes on.

SD was around for a very long time - seventy years or so (although in Europe, we upgrade from our original 405 lines to 625 lines in the late 60s and 70s) and HD has only been around as a broadcast format for seven years. But timescales are accelerating. There is simply no way of using the past as a reference for the future in this case. All bets are open.