It's started. 4K televisions are in the shops now. 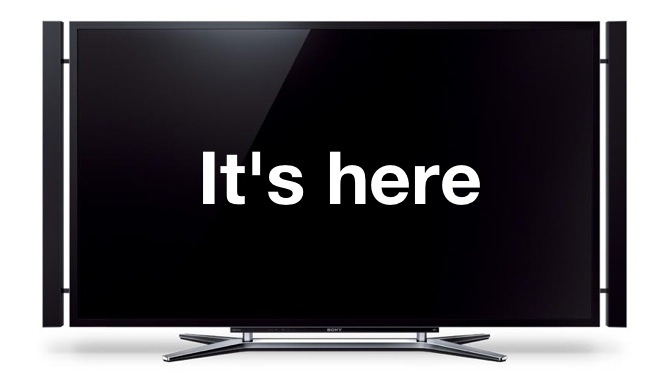 It's started. The most important part of Sony's 4K ecosystem is in the shops: an 84" Bravia TV with quad HD resolution.

RedShark saw this beauty at the September IBC show in Amsterdam, not merely playing recorded material but showing a live 4K satellite feed (at 50Mbit/s, we're told). It was astonishing. Don't let anyone tell you that there's no point in 4K until they've confirmed that they've stood a six feet in front of one.

Other 4K TVs are available, but the fact that there's a 4K "Bravia" in the shops is surely pretty significant, not just because it's the most iconic of TV brands, but because Sony owns so much media content. It would be so easy for them to make it available in 4K resolution, solving the 4K content famine overnight.